A list of negative words that all start with the letter T.

Negative words can bring up a wide range of negative emotions and can be used to describe many different situations.

Treacherousness implies the quality of being untrustworthy, while tawdry is commonly used to describe something that is gaudy, cheap or of low quality. Taunt is used to describe teasing or provoking in a malicious way, while taboo implies something forbidden or prohibited by social convention.

All of these negative words beginning with T are powerful tools for conveying various kinds of negativity, some more unique than others. 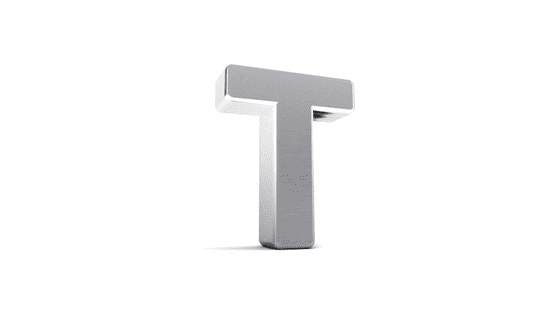 Taboo: an act that is forbidden by custom or law; something prohibited by social convention.

Taint: to make something impure, often as a result of corruption; to ruin by contact with something evil.

Tantrum: an outburst of uncontrolled anger, especially in a child.

Taradiddle: a lie or an exaggeration; a pretentious idea or statement.

Tardy: late or behind schedule; slow in action or response.

Tarnish: to diminish the beauty or value of something; to damage the reputation of someone.

Tawdriness: gaudiness, cheapness, and tastelessness; something that is tawdry.

Tawdry: cheap and showy but of poor quality; lacking in taste and dignity.

Tawdry: of little value or quality; gaudy, cheap, or mean.

Tease: to laugh at or mock someone; to provoke or bother someone in a playful manner.

Teaser: someone who teases or provokes someone else in a playful manner; one who stirs up trouble.

Teasing: the act of making fun of someone or something in a mocking and mocking way.

Temerity: recklessness or audacity; boldness without proper regard for safety.

Tension: a state of strain caused by conflicting feelings or ideas; a state of heightened mental or emotional stress.

Thoughtless: lacking consideration for the feelings of others; inconsiderate.

Thralldom: slavery or bondage; subjugation to another’s will.

Thug: a violent criminal; a person who intimidates or bullies others.

Thuggery: an act of violent or oppressive behavior, especially by a group.

Thwart: to prevent something from happening or progressing; to frustrate.

Thwarted: prevented from accomplishing something; frustrated.

Thwarting: the act of stopping something from happening or progressing; hindering

Timidity: excessive shyness or fearfulness; lack of courage or confidence.

Timorous: showing or suffering from nervousness, fear, or a lack of confidence.

Torment: to cause great physical or mental suffering; to distress.

Tortuous: winding, convoluted, or complex; full of twists and turns.

Torture: the act of inflicting extreme physical or mental pain in order to coerce someone; an ordeal.

Toxic: poisonous or able to cause great harm or distress.

Toxicant: a poison or toxin.

Traitor: a person who betrays a trust or confidence; one who commits treason.

Transgression: a violation of law or morality; an offense against accepted standards.

Transient: lasting only for a short time; impermanent.

Travesty: an imitation that is grossly inferior to the original; a mockery or parody.

Treacherous: disloyal and untrustworthy; betraying or likely to betray trust.

Treacherousness: the quality of being untrustworthy and unreliable; deceitfulness.

Treachery: the act of betraying a trust or confidence; treacherous behavior.

Tremulous: trembling, quivering, or shaking, especially out of fear or nervousness.

Trepidation: a feeling of fear caused by apprehension of danger; dread.

Tribulation: a trial, suffering, or affliction; a great hardship.

Trickery: deceitful practices or actions intended to deceive or defraud someone

Tricky: difficult to deal with or control; crafty.

Tropism: a natural inclination or tendency; an instinctive response to stimuli.

Trouble: difficulty, distress, or vexation; an annoyance or inconvenience.

Troublesome: causing difficulty and annoyance; difficult to deal with.

Trouncing: to defeat soundly, often in a humiliating manner; to give a beating.

Truancy: staying away from school without permission; an act of playing truant.

Truant: someone who stays away from school without permission; one who plays truant.

Truculent: aggressively threatening and belligerent; showing a disposition to fight.

Truculent: eager or quick to argue or fight; aggressively defiant.

Tumult: a loud, confused noise, especially one caused by a large mass of people.

Tumultuousness: characterized by unrest and commotion; chaotic and noisy.

Turbidity: a state of being cloudy, thick, and murky; muddiness.

Turgid: swollen or bloated, especially with air or water; excessive and pompous.

Twerp: an insignificant, annoying person; a pest or nuisance.

Twinge: a sudden sharp pain, usually in the side or back; a feeling of distress or uneasiness.

Twisted: distorted or bent out of shape; warped.

Twisted: distorted or changed from its original form; deformed.

Tyrannical: excessively harsh or authoritarian in attitude or behavior.