Negative words can be powerful tools to express our feelings and thoughts, but they can also be quite hurtful or even harmful when used inappropriately.

A word may be perceived as negative if  it has a negative connotation or history of being used to express bad behavior, attitudes, malice, hatred, or prejudice. Some examples include: frivolous, forlorn, frenzied, fidgety and furor. It is important to understand the context in which these words are used in order to determine their appropriateness. 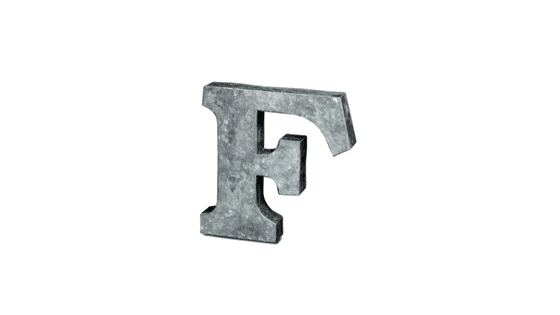 Fabricated – invented for the purpose of deceiving; not based on truth or reality

Fabrication – the intentional act of creating a false or misleading statement.

Facetious – not serious; humorous in an inappropriate way.

Factionalism – promoting or advocating for a particular faction in a political or social situation.

Factious – inclined or disposed to form cliques and factions; contentious.

Faded – no longer vivid or radiant; worn away by time.

Failure – a lack of success in achieving a goal.

Faithless – not true or loyal; disobedient and unreliable.

Fake – dishonest; not genuine; not based on truth or reality.

Fakery – something that is made to look genuine but is actually counterfeit or fake.

Fallacious – containing a mistake in reasoning;

False – not real or genuine; based on a lie or error.

Falter – to be uncertain or hesitant; to hesitate or waver in one’s purpose.

Fatigue – exhaustion, especially as a result of prolonged exertion.

Fatuous – showing a lack of good sense or intelligence; foolish.

Fear – an unpleasant emotion caused by the threat of danger, pain, or harm.

Feebleminded – having a limited mental capacity; not able to think clearly or deeply.

Feebleness – a lack of strength or vigor; weakness.

Feint – a deceptive action designed to draw attention away from one’s true intentions.

Ferment – to cause intense activity or disruption; to stir up trouble or discord.

Fester – to become worse over time; to remain unresolved or unaddressed.

Fidget – to move around restlessly; to be uneasy or restless.

Flaw – an imperfection or weakness in something, typically one that affects its quality.

Flimflam – to deceive or trick someone, especially for financial gain.

Flounder – to act in an awkward, confused, and ineffective way.

Flummox – to confuse or perplex; to bewilder.

Fluster – to cause confusion and agitation; to disconcert or perplex.

Fool – a person who is tricked or deceived; a gullible person.

Forfeit – to lose rights to something

Forgery – the act of producing a counterfeit document or object with the intent to deceive or defraud.

Forget – to be unable or to fail to remember; to disregard or overlook unintentionally.

Forlorn – feeling sad and lonely due to abandonment or sorrow; desolate.

Forsake – to abandon someone or something; to leave behind or give up on.

Forsworn – solemnly sworn to do something and then breaking that promise.

Foul-mouthed – speaking in an obscene or vulgar manner.

Fracas – a noisy argument or disturbance; an uproar.

Frailty – the condition of being weak, fragile, or delicate; vulnerability.

Frantic – wild with excitement, fear, or other strong emotion; agitated.

Fraud – the intentional use of deceitful practices in order to gain an unfair advantage.

Fraudulent – done with the intention to deceive; based on false information.

Frenzied – characterized by a great commotion and confusion; chaotic.

Frenzy – a state of wild excitement, confusion, or agitation; a fit of frenzy.

Friction – the force that resists relative motion between two surfaces in contact with each other.

Fright – an intense feeling of fear, horror, and anxiety.

Frustrate – to prevent from succeeding or fulfilling a desire, to cause someone to feel upset.

Fugitive – someone who is fleeing from prosecution or punishment, an escapee.

Fumble – make an awkward or careless mistake, especially one involving dropping or mishandling something.

Fumbling – awkward and clumsy in movement or speech; bungling.

Furor – an outburst of intense public anger or excitement; a frenzy.

Furtive – done in a secretive and stealthy manner; surreptitious.

Furtiveness – the act of doing something secretly, often with malicious intent.

Futilely – in a manner that is unproductive and ineffective; vainly.

Futility – pointlessness or uselessness, especially of an effort or endeavor.

For more lists of words, both negative and positive, check out: