These negative words that start with L can be used to describe negative situations, people, behaviors, and more.

Use these words to accurately express your feelings or experiences in a descriptive way that helps readers understand the true meaning of what you are trying to convey. Furthermore, it can also help them better understand the context and gravity of any given situation. 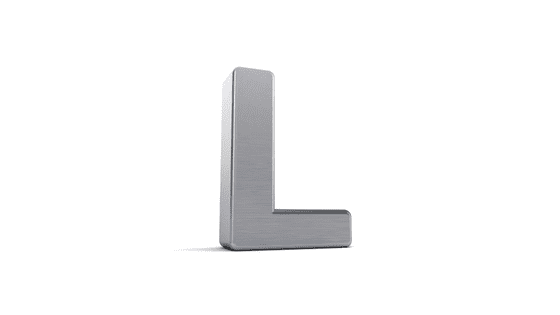 Labored: Difficult and wearing, as in laborious work; requiring effort.

Laborious: Requiring a lot of effort and time; tedious.

Lacerate: To tear roughly or jaggedly; to wound deeply.

Lack: To be without or deficient in something; to be deprived of.

Lackey: A servile follower; a toady.

Lacking: To be without or deficient in something; to be deprived of.

Laggard: Sluggish or slow in movement or progress; falling behind.

Lament: To express grief, regret, or mourning over a loss; to grieve.

Lamentation: The expression of deep sorrow, regret, or disappointment; mourning.

Languish: To feel weak and listless; to become depressed or disheartened.

Languishing: To feel weak and listless; to become depressed or disheartened.

Languor: A state of weariness, depression, or listlessness caused by mental or physical fatigue.

Larceny: The unlawful taking of another person’s property without their consent.

Lassitude: A feeling of weariness and lack of energy, often due to overwork or boredom.

Last: Coming after all others in a series or sequence; final.

Latency: A state of being dormant or hidden; concealment.

Latent: Dormant or concealed; existing but not yet apparent or active.

Latent: Existing but not yet developed or manifest; hidden.

Lawless: Unconstrained by laws or social conventions; chaotic and out of control.

Lawlessness: Unconstrained by laws or social conventions; chaotic and out of control.

Laxity: The quality of being lax; carelessness or negligence.

Lazy: Averse to physical activity; disinclined to exert oneself.

Leech: A person who clings to another and takes from them without giving anything in return.

Left out: Excluded; not included.

Legerdemain: The use of dexterity or deception to perform tricks; trickery.

Less: A smaller amount than usual or expected; inadequate.

Lethality: The capacity to cause death; fatal.

Lethargy: The feeling of being very tired and disinclined to move; sluggishness.

Leviathan: A large and powerful creature, usually used to describe something formidable and overwhelming.

Levity: Treating a serious matter in a light or humorous manner; frivolity

Levy: A tax imposed on individuals, businesses, or goods; a demand for payment.

Liar: Someone who tells lies deliberately; one who deceives.

Libel: A false statement made with malicious intent that damages another’s reputation.

Libelous: A false statement made with malicious intent that damages another’s reputation.

Licking: A loss or defeat, especially a complete or decisive one.

Limbo: A state of being uncertain, undecided, or unresolved; unsettled.

Limitation: The act or process of limiting something; the state of being limited.

Limp: Moving or walking with difficulty due to weakness; feeble.

Limpidity: The quality of being easily seen through; transparency.

Limpidness: The quality of being easily seen through; transparency.

Limpness: Moving or walking with difficulty due to weakness; feeble.

Listlessness: A lack of energy or enthusiasm; apathy.

Loathe: To feel intense dislike for or to dread something.

Lost: Unable to find one’s way; not knowing where one is going or how to get there.

Loutishness: Behaving in a noisy, boorish, or brutish manner; uncouth.

Lubricity: The quality of being slippery, smooth, and moist; slickness.

Ludicrous: Absurd and ridiculous; causing laughter due to foolishness.

Ludicrousness: Absurd and ridiculous; causing laughter due to foolishness.

Lugubrious: Excessively sorrowful or depressing in manner or appearance.

Lurk: To stay concealed or move furtively, often with the intention of doing harm.

Lurking: Hiding in a covert way; remaining out of sight.

Lying: Not telling the truth; deliberately deceiving someone.