Here is a thorough list of negative words that start with the letter O.

We’ve included interesting adjectives, verbs and nouns that all have negative implications and connotations. From opprobrium to outlandish, these words can describe feelings of disapproval or offense, as well as feelings of confusion and dismay. The list also includes words that express a strong level of stubbornness and determination, such as obstinate and onerous.

Ultimately, this list helps us better understand the nuances of language and how different words can convey different meanings. So be sure to use them appropriately. 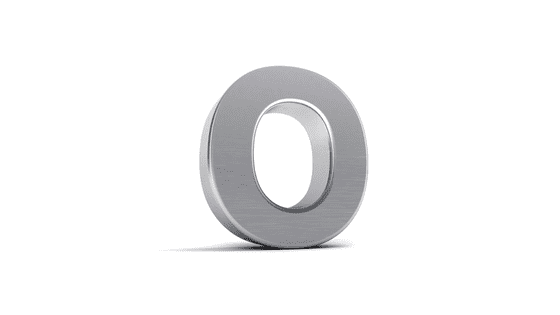 Oaf – a clumsy, stupid person; a boorish and awkward individual.

Oafish – clumsy and awkward in movement or behavior.

Obdurate – hardened in feeling, resistant to persuasion or softening influences.

Objectify – to treat as an object; to view or represent as a physical object.

Oblique – not straight or direct; deviating from the normal course.

Oblivion – the state of being forgotten or disregarded, total forgetfulness.

Obscure – not easily seen, heard, or understood; vague or indistinct.

Obsolete – no longer in general use; outmoded.

Obstruct – to hinder or block the progress of; impede.

Obtrude – to intrude or thrust oneself forward in a crude manner.

Obtrusive – tending to intrude upon or interfere with others; pushy.

Obviate – to anticipate and make unnecessary, preclude the need for.

Occlude – to obstruct, shut off, or block.

Odd – strange or peculiar in a manner that is not typical; deviating from what is ordinary or expected.

Offend – to cause resentment or anger; affront.

Offender – someone who has committed a crime or done something wrong.

Ogle – to look at in an improper, lascivious manner; leer.

Omit – to leave out or exclude, especially intentionally.

Opaque – not allowing light to pass through; impenetrable to vision.

Opaqueness – lack of clarity or transparency.

Opinionated – stubbornly and often unreasonably attached to one’s own opinions.

Oppose – to be against; contend against; resist.

Opposition – a hostile act aimed at frustrating an opponent’s objectives.

Oppress – to keep down by unjust use of authority or power, to burden with cruel or unjust impositions.

Oppressive: Exercising excessive and unjust control over the freedom of others.

Oppugn – to attack verbally; oppose with arguments, objections, or censure.

Oracular: Given to making pronouncements in a mysterious or ambiguous way.

Ornamental – serving as decoration only; not having any practical purpose.

Orphan – a person who has lost both parents; deprived of parental care.

Oscillate – to waver between different opinions, beliefs, or courses of action.

Ossify – to harden, petrify; to become rigidly fixed in a conventional or conservative pattern of thought, behavior, etc.

Ostensible – appearing or professing to be one thing, but actually being another; pretended.

Ostentation – the practice of displaying wealth, status, and power in an excessive manner; showiness.

Ostracize – to exclude from a group or society by common consent.

Outlaw – someone who has broken the law and is beyond the protection of the law.

Outmanoeuvre – to gain an advantage over by greater skill or cunning.

Outmoded – no longer fashionable; old-fashioned; out of date.

Outpace – to move faster than, be quicker than.

Outrage – a strong feeling of indignation and anger caused by an unjust act; an action that arouses such a feeling.

Outsize – excessively large or disproportionate in size or extent.

Outstrip – to surpass in speed, excellence, or achievement; excel.

Outwit – to gain an advantage through cleverness and cunning.

Overconfident – having too much confidence in one’s ability.

Overemphasize – to give excessive or undue emphasis to something.

Overlook – to fail to notice, observe, or take into account; ignore.

Overrate – to value too highly, overestimate.

Override – to nullify or set aside by superior authority; take precedence over.

Overshadow – to be much greater in importance than something else; dominate or overshadow.

Overshoot – to exceed the mark; go too far in pursuit of something.

Oversimplify – to simplify to an excessive degree, making something seem easier than it really is.

Overt – open or plainly visible; not hidden or secret.

Overtake – to catch up with and surpass another in some activity or pursuit.

Overweight – having more weight than is normal or desirable.

Overwhelm – to overpower in thought or feeling; to overcome completely by superior force.

Overzealous – excessive in enthusiasm and intensity; too eager.

Owe: To be under an obligation to pay or repay in return for something received.