This list of negative words all starting with P are diverse. They range from ‘pathetic’ and ‘patronizing’ to the more unique words like ‘pariah’ and ‘perfidious’. One thing they all have in common though, is that they all have negative connotations and meanings. 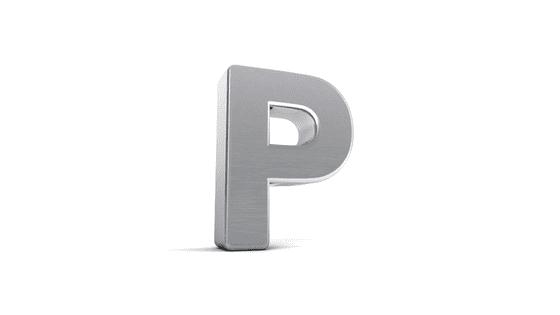 Panic: A sudden, overwhelming fear; an extreme state of terror and distress.

Paradoxical: Contradictory, often in a manner that is difficult to comprehend.

Paranoia: Extreme and unreasonable mistrust or suspicion; an irrational fear of the unknown.

Parasitic: Taking advantage of or living off others without making any useful contribution in return.

Parasitism: Taking advantage of another for personal gain, without offering anything of value in return.

Pariah: A social outcast; someone who is rejected or ostracized by others.

Parochial: Narrow-minded and unaccepting of new ideas or different beliefs.

Parochialism: Excessive devotion to one’s own interests or beliefs; narrow-mindedness.

Paroxysm: A sudden outburst of emotion or physical activity, often accompanied by intense agitation; an attack of a particular feeling.

Parsimonious: Extremely frugal or stingy with money and resources.

Pathetic: Deserving of pity; inspiring sorrow or sympathy through inadequacy.

Pathological: Being related to or caused by disease; having abnormal mental or behavioral traits.

Patronizing: Condescending; treating others as if they are inferior.

Paucity: An extreme shortage or lack of something; scarcity.

Pavonine: Ostentatiously showy; pretending to be more important or valuable than is actually the case.

Pedantic: Showing off one’s knowledge in an ostentatious manner; behaving in an overly scholarly way.

Pedantism: Excessively displaying one’s learning or knowledge in an annoying and overbearing manner; a lack of appreciation for culture and aesthetic values.

Pedantry: An excessive display of knowledge, often in a manner that is irrelevant or obscure.

Pejorative: Having a disparaging, derogatory or belittling effect.

Penury: Extreme poverty and destitution; being extremely poor or having inadequate resources.

Perfidious: Deliberately untrustworthy and deceitful; displaying a lack of loyalty in one’s actions.

Perfidy: An act of deliberate betrayal or deception; deceitful behavior.

Perfunctory: Having or showing little interest, care, or enthusiasm.

Perjury: Deliberately lying or making verifiably false statements while under oath in court or otherwise legally required to tell the truth.

Perniciousness: Doing something deliberately and maliciously to cause harm or damage; acting with the intent to cause destruction.

Perverse: Wilfully contrary or disobedient; stubbornly refusing to do what is right or reasonable.

Perversion: The act of distorting something from its original state, often in a morally objectionable way.

Pessimism: a tendency to stress the negative or unfavorable or to take the gloomiest possible view.

Pessimistic: Having a negative outlook; expecting the worst possible outcome.

Pettiness: Being concerned with trivial matters; acting in a small-minded and petty manner.

Petulant: Marked by peevishness; inclined to complain or be easily annoyed.

Pharisaic: Hypocritically self-righteous; characterized by a strict adherence to ceremony and morality, without consideration for practicality or circumstances.

Philistinism: An absence of appreciation for culture and aesthetic values.

Physiognomy: Judging or making assumptions about a person’s character based on their physical appearance.

Piteous: Deserving pity and compassion, often due to a miserable or pitiable condition.

Placate: To reduce or pacify, often by making concessions and compromises.

Plagiarism: Taking credit for someone else’s work, ideas, or words without proper acknowledgement.

Platitudinous: Dull and unimaginative; used to give the appearance of profundity through trite remarks or sentiments.

Plebeian: Common and lacking in refinement; of low social standing.

Plebiscite: A direct vote by the people on a particular issue.

Plodding: Lacking in imagination, energy or enthusiasm; tedious and monotonous.

Plutocracy: A form of government ruled by the wealthy; a political system in which wealth is the criteria for power and influence.

Polarization: The process of dividing into two distinct and opposing opinions, beliefs, or positions.

Poltroon: A coward; one who lacks courage and resolution.

Possessed: Having been taken over or influenced by a force beyond the person’s control; being controlled.

Possessive: Acting in a controlling or overly protective manner.

Pragmatism: The belief that practical considerations are more important than theoretical ones; solving problems in the most effective way.

Prattle: Talk in a childish fashion; babbling without purpose.

Precipitate: Hasty and rash; done without due consideration.

Predation: The act of exploiting, plundering or taking advantage of someone; preying upon the vulnerable.

Predator: Someone who seeks to take advantage of others; one who hunts and preys upon weaker individuals.

Predilection: A strong preference or fondness for something; an inclination towards a particular thing.

Prejudice: An irrational attitude or belief, usually negative in nature, held without evidence or thought; making a premature judgment.

Presumptuousness: Assuming too much without permission; behaving in an arrogant or overly confident manner.

Pretentiousness: Making exaggerated claims or displaying an attitude of superiority; trying to appear more powerful or important than one actually is.

Prevaricate: Deliberately avoid or deviate from the truth; lie or mislead.

Profane: Showing a lack of reverence for God or sacred things; irreverent and blasphemous.

Profligacy: Extreme recklessness with regard to money, morals or behavior; wildly extravagant and wasteful behavior.

Prone: Unstable or liable to fall; likely to fail or be broken.

Propagandist: One who spreads ideas, facts or allegations in an attempt to influence public opinion.

Propensity: An inclination or natural tendency to act in a certain way.

Provincialism: A narrow-minded attitude towards other cultures, beliefs and customs.

Psychopath: A person suffering from a mental disorder characterized by abnormal or violent social behavior.

Puerile: Childish, immature, and foolish in nature; displaying a lack of maturity.

Puerility: Childish or immature behavior; displaying a lack of seriousness, wisdom or maturity.

Pugnacious: Disposed to quarrel easily or belligerently; hostile and aggressive.

Pugnacity: A tendency to be easily provoked to fight or dispute; combative.

Puissance: Great power or strength; the ability to influence and control.

Puritanical: Rigorously moralistic and intolerant of any deviation from strict standards of personal or social conduct.

Puritanism: A strict adherence to moral codes, often overly so, in an attempt to eliminate perceived immorality.

Pushy: Aggressively trying to get something; demanding attention or results.

Pusillanimity: A state of cowardice; being excessively timid, weak or faint-hearted.

Pyromania: A psychological disorder characterized by an uncontrollable urge to start fires.