This list of negative words all start with D and their definitions illustrate the negative feelings and emotions they evoke.

These words can be discouraging, disheartening, and disheartening to think about. They can leave one feeling discouraged, dejected, and dispirited. But understanding them is essential for recognizing the dark cloud of negativity that can linger over our lives and how to combat it with love, compassion, and courage. With this knowledge, we can take the necessary steps to create brighter days for ourselves and those around us. 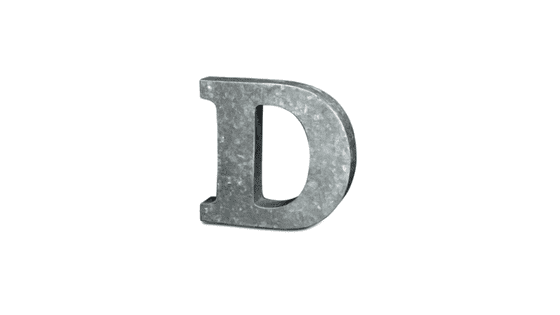 Dastardly: Despicably cowardly; base and despicable in behavior.

Debased: Diminished in quality or value; having lost integrity or purity.

Defamatory: Making false and malicious statements about someone, damaging their reputation.

Defaming: Damaging someone’s reputation by making false statements about them.

Defective: Having a flaw that prevents it from functioning properly; defective product.

Defiance: Refusing to obey orders or comply with established rules or conventions.

Defiant: Refusing to obey orders or comply with established rules or conventions

Deficient: Lacking in some fundamental quality or ability; inadequate or incomplete.

Defunct: No longer existing or in operation; extinct or obsolete.

Delinquent: Neglectful of or failing to do one’s duty; delinquent in their responsibilities.

Demanding: Requiring a lot of work and effort; exacting and laborious.

Deplorable: Unacceptable, contemptible, and deserving of strong criticism or disapproval.

Depreciatory: Depreciating in value; tending to lessen the esteem of something.

Desecrate: To treat something sacred with disrespect or contempt.

Despicable: Deserving of contempt and scorn; morally reprehensible or loathsome.

Despotic: Possessing absolute power in a cruel or oppressive way.

Destitute: Completely lacking in resources or funds; destitute of food and shelter.

Detached: Not emotionally involved or connected; impartial and objective.

Devil: Wicked, mischievous person or spirit; a malevolent being.

Devious: Crafty and cunning in a sneaky way; using trickery to get what you want.

Devoid: Completely lacking in something; empty or void of an important quality.

Difficult: Hard to do or deal with; requiring a lot of effort, skill, or thought.

Diffidence: A lack of self-confidence; shyness and timidity.

Disadvantageous: Not favorable or beneficial; harmful or detrimental.

Discordant: Unpleasant and disagreeable; not in harmony with each other.

Discourteous: Rude and impolite in a way that shows a lack of respect.

Discriminatory: Making distinctions based on prejudice and bias; discriminatory practices.

Disdain: A feeling of contempt or scorn for something, or someone considered unworthy or inferior.

Disdainful: Showing a lack of respect and contempt for something.

Disenfranchised: Deprived of rights or privileges, such as voting.

Disheartening: Discouraging by causing a lack of enthusiasm, hope, or courage.

Dishonest: Not honest or trustworthy; deceitful, sly, and unethical.

Dishonorable: Without honor or integrity; lacking in moral character.

Disillusioned: Feeling let down or disappointed due to certain expectations not being met.

Disingenuous: Not honest or sincere in nature; deceitful.

Disloyal: Unfaithful to one’s obligations, especially to a partner or employer.

Dismissive: Showing a lack of interest and disregard for something; contemptuous.

Disparaging: Criticizing someone or something in a disrespectful manner.

Disparate: Different in kind or nature; not comparable due to having dissimilar characteristics.

Disrespectful: Showing a lack of courtesy and consideration for someone else.

Dissatisfactory: Not acceptable due to being inadequate in some way.

Dissuasive: Intending to discourage someone from taking a particular course of action.

Distasteful: Unpleasant, offensive, or disgusting in some way.

Distrustful: Feeling a lack of trust, suspicion in someone’s honesty and integrity.

Divisive: Creating tension and conflict between people by encouraging them to disagree.

Dogmatic: Following an inflexible, unbending set of beliefs without any regard for evidence or practicality.

Domineering: Bossy and aggressive; using force to control or dominate others.

Doubtful: Uncertain, not convinced; feeling hesitation or having reservations.

Dreaded: Filled with fear or apprehension; dreaded situation or outcome.

Dubious: Suspicious and untrustworthy; having doubts and suspicions.