Negative words starting with H can be used to describe a range of unpleasant emotions, experiences, and situations. They can be used to refer to feelings like hatred, humiliation and heartbreak, or physical sensations such as headaches and hunchbacks.

Ultimately, understanding the various definitions for negative words starting with H is essential for effectively communicating in both casual and formal conversations. Knowing when and how to use them appropriately can help you articulate ideas more clearly or make a point in a powerful way. 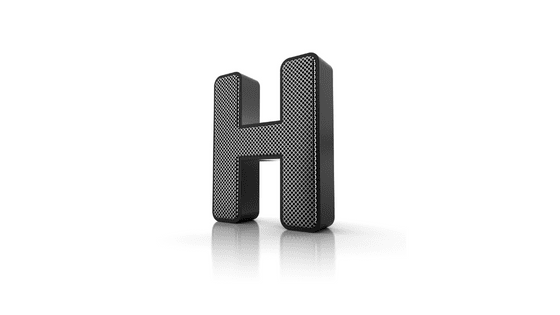 Haggard: looking worn and exhausted, as from overwork or suffering; gaunt.

Haggle: to argue about the terms of a deal or negotiation, usually in an attempt to get a better bargain; negotiate.

Haggle: to argue or bargain persistently, especially over the cost of something.

Hag-ridden: tormented by someone or something; haunted.

Hair-trigger: responding quickly and sometimes overly aggressively to something; reactive.

Hallucinate: to experience false sensations that appear to be real; to dream while awake.

Halt: to come to a stop; cease.

Haphazard: random; without any clear plan.

Haphazardly: in a disorganized or random manner; haphazardly.

Hapless: unfortunate and likely to have bad luck.

Harangue: an aggressive and lengthy speech, often delivered in an angry or forceful manner.

Harass: subjecting someone to unwanted and persistent attention or criticism.

Harassing: subjecting someone to unwanted and persistent attention or criticism.

Harassment: subjecting someone to unwanted and persistent attention or criticism.

Harbinger: an omen or sign of something to come; a forerunner.

Hardheaded: having a stubbornly unyielding attitude; unreceptive to advice

Harmful: causing or capable of causing injury, damage, or loss.

Harried: feeling overwhelmed by too many demands; harassed.

Harsh: unpleasantly rough or jarring to the senses; severe.

Hateful: filled with or expressing intense dislike or prejudice; hostile.

Hater: one who intensely dislikes another or something.

Haughty: having or showing an attitude of superiority.

Haunted: feeling troubled or oppressed by something; obsessed.

Hazard: a potential source of danger; a risk.

Headache: a physical pain in the head, usually caused by stress, tension, or illness; migraine.

Headstrong: stubborn and determined, often to the point of being reckless; willful.

Heartbreak: intense sorrow from a love lost or disappointment; anguish.

Heathen: an unbeliever in the true faith; an irreligious person.

Heckle: to badger or harass with questions, gibes, or ridicule; jeer.

Heckler: a person who interferes with or disrupts an event by making loud comments; heckle.

Hedonism: the pursuit of pleasure as a personal goal, often to the exclusion of other values.

Hedonism: the pursuit of pleasure as a primary goal in life; indulgence.

Hedonist: one that pursues pleasure as a goal in life, often at the expense of others; an egoist.

Hemorrhage: a large amount of blood loss in a very short period of time; a sudden outflow or overflow.

Hemorrhaging: to suffer from a large, sudden loss; to bleed out.

Herd mentality: the tendency for individuals to think and act as part of a group rather than as independent individuals; conformity

Hideous: extremely ugly and unpleasant to look at; repulsive.

Hijacking: to forcefully take control of something, typically a vehicle or aircraft.

Hinder: to obstruct the progress or accomplishment of something; impede.

Hindrance: an obstacle that hinders progress or achievement; a nuisance.

Hoarder: one who accumulates possessions and keeps them beyond what is necessary or reasonable; a pack rat.

Hoarding: collecting and accumulating possessions without regard or utility.

Hoax: a joke played on someone with the intention to deceive them.

Hoaxer: one who perpetrates a hoax, especially for malicious purposes.

Hobble: to move with difficulty, usually due to an injury or disability; limp.

Hobbled: crippled, disabled, or impaired in any way.

Hobgoblin: an object of fear or alarm; a terror.

Hoodwink: to deceive someone by means of trickery or cunning.

Hooligan: a person who engages in rowdy and disruptive behavior; a troublemaker.

Hopeless: having or showing no hope; disheartened and despairing.

Horrendous: causing shock or horror due to its size, extent, or intensity; awful.

Hubris: an excessive sense of pride or self-importance; arrogance.

Humbled: made to feel ashamed or embarrassed; humiliated.

Humiliate: to cause someone to feel ashamed or embarrassed; degrade.

Humorless: lacking any sense of amusement or enjoyment; grim.

Hunchback: an abnormal curvature of the spine, causing one’s back to slope downwards; stoop.

Hunger: a prolonged feeling of emptiness and lack of nourishment.

Hungry: having a strong desire or craving, especially for food.

Hurt: to cause physical or emotional pain or distress; injure.

Hypercritical: inclined to find fault in others overly harshly; nitpicky.

Hypochondria: the excessive worry of having a serious illness or condition; morbid fear.

Hypocrite: one who pretends to have beliefs, feelings, or virtues that one does not actually have; deceiving others.

Hypocritical: pretending to have beliefs, feelings, or virtues that one does not actually have; deceiving others

For more lists of negative words, check out: