These negative words all start with E and represent the harmful and destructive forces that can affect our lives, from envy and evasiveness to extortion and exploitation.

It is important to recognize the power of these words and their potential for destruction in order to protect ourselves from them and create a more positive environment around us.

See below for a thorough list of negative words and their definitions to provide context and greater understanding. 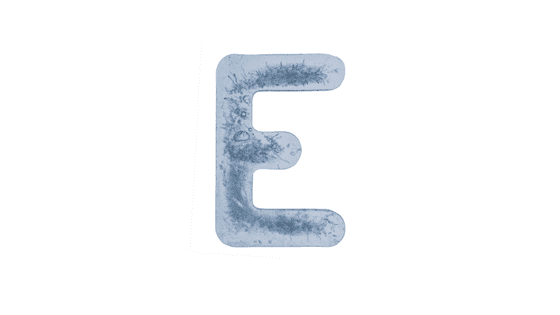 Egocentric: Thinking only of oneself; egocentric attitude.

Egomania: An excessive preoccupation with oneself; egomania of a despot.

Egotistical: Believing oneself to be superior, exaggerating one’s importance or achievements; egotistical behavior.

Eliminatory: Attempting to remove something completely; eliminatory measures taken against a certain group.

Elusive: Difficult to find or catch; an elusive prey.

Embroiled: Involved in a difficult or complicated situation; embroiled in a dispute.

Empty: Without substance or meaning; an empty promise.

End: The point at which something is complete; the end of an era.

Endangered: Being at risk of extinction; endangered species.

Enemy: Someone who is actively opposed to something; the enemy of truth.

Enmity: Strong hatred or ill will towards someone or something; enmity between two countries.

Envious: Jealous of someone else’s success or possessions; envious of their wealth.

Envy: Having a strong desire to possess something; envy of someone’s possessions.

Error: A mistake or misjudgement; error in judgment.

Estranged: Having a strained or broken relationship; estranged from family

Exasperated: Feeling greatly annoyed and frustrated; exasperated with the situation.

Expansive: Using too many words; an expansive speech.

Exploitative: Taking advantage of someone for personal gain; exploitative relationship.

Extravagant: Wasteful and lavish, spending too much money; extravagant lifestyle. 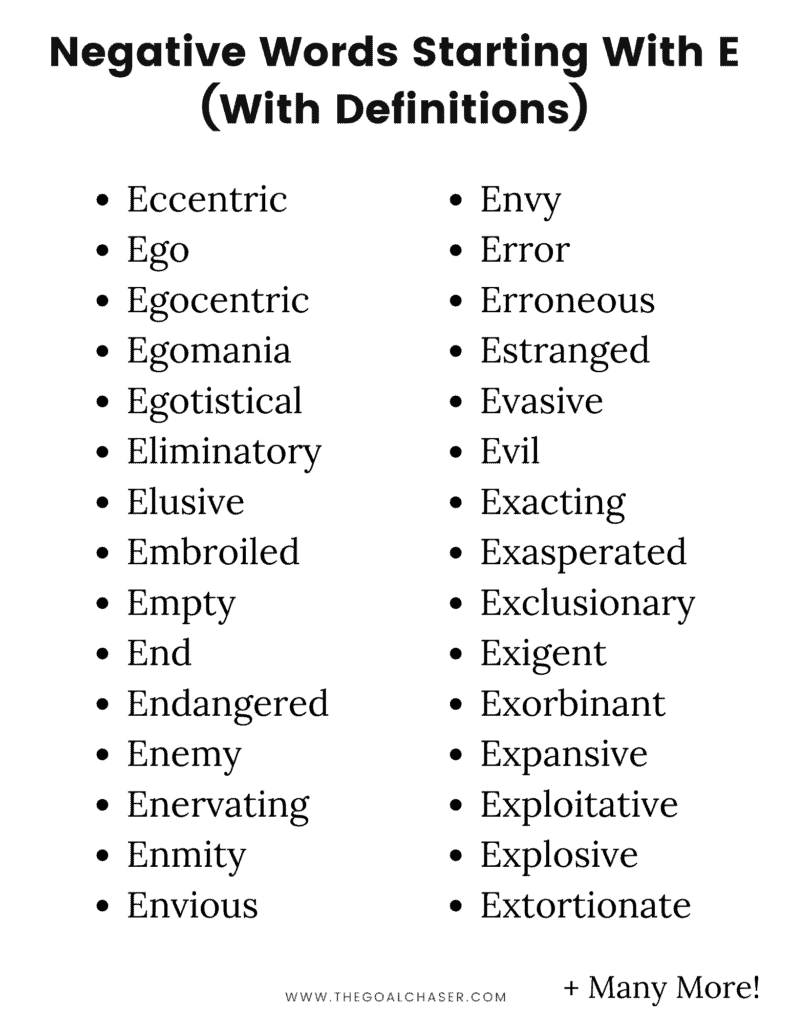