Negative words that begin with the letter C may be commonly used to describe an emotion, situation, or person but also have a deeper meaning that can often be overlooked.

These words can range from describing someone as cold and contemptuous to condemning their behaviour as callous and cowardly. They may also express strong desires such as craving something intensely or being covetous of what someone else has.

It is important to recognize the negative connotations of such words in order to avoid using them incorrectly, as well as being mindful of their implications and effects on others.

Understanding the more subtle meanings behind certain words can help us use language more effectively and accurately articulate our thoughts and feelings.  Additionally, by recognizing when these words are used inappropriately or offensively, we can help to create a more positive, respectful dialogue between two parties: a dispute or debate.

Through understanding the full meanings of these words and taking care to use them appropriately, we can communicate effectively and respectfully with one another. 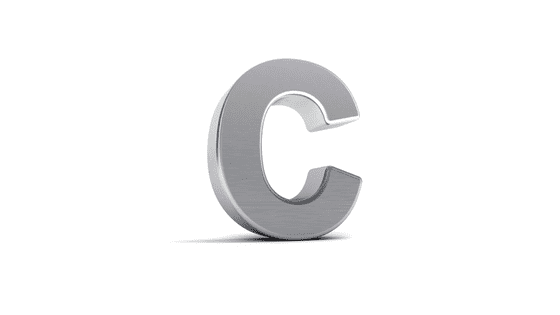 Cabal: a group of people united in some secret or underhanded design; a conspiracy.

Cabalistic: having a hidden meaning intended only for certain people; secret.

Cacophonous: loud, harsh, and discordant sounds that are unpleasant

Cacophony: a loud, unpleasant mixture of sounds; a jarring or inharmonious noise.

Caged: confined in a restricted space; enclosed and restricted.

Cajole: to persuade someone by flattery or gentle urging; to sweet-talk.

Calamity: a disaster or misfortune; a terrible event that causes suffering and destruction.

Calculating: manipulative in order to get an advantage; scheming and crafty.

Callous: showing no emotion or sympathy, hardened and insensitive to suffering.

Calumniate: to make false and damaging statements about someone’s character or reputation.

Cancerous: Relating to or having the characteristics of a cancer; dangerous and destructive.

Canker: Something that gradually destroys or corrupts; an evil influence.

Cannibal: A person who eats the flesh of other humans; an eater of human flesh.

Cantankerous: Difficult to deal with and often bad-tempered; irritable and grumpy. Ill-tempered and argumentative; quarrelsome and disagreeable.

Capitulate: To give in to demands; to surrender or yield after a struggle.

Capricious: Acting in an unpredictable or changeable manner; prone to sudden whims.

Careless: Acting without concern or thought; not taking the necessary precautions.

Carping: To complain or criticize in an annoying and persistent manner; to find fault constantly.

Cascade: Something that rapidly increases in quantity or intensity; a sudden rush.

Castigation – A severe scolding or punishment; criticism that is overly harsh.

Censor: To suppress or delete something deemed inappropriate or offensive; to limit someone’s freedom of expression.

Censure: To express strong disapproval or condemnation; to criticize harshly.

Chaos: A state of complete confusion and disorder; a lack of organization or order.

Chastise: To scold or reprimand someone harshly; to criticize severely.

Cheater: Someone who deceives others in order to gain an advantage; a liar or fraud.

Chimerical: Unrealistic or fanciful, not based in truth or reality; imaginary.

Clamor: Loud, disruptive noise or a demand for attention; a disturbance.

Clandestine: Kept hidden or done in secret; not openly acknowledged.

Clingy: Needing too much attention and affection, often in an unhealthy manner.

Coercion – The use of force or threats to make someone do something.

Cold: Having a lack of emotion or feeling, often intentionally; detached.

Collusion: An agreement made between two or more people to deceive or cheat someone else.

Compel: To force someone to do something; to drive or constrain with pressure.

Complain: To express dissatisfaction or annoyance about something; to grumble.

Compromise: Reaching an agreement by making concessions on both sides.

Compulsive: An uncontrollable urge to act in a certain way; an obsession with doing the same action repeatedly.

Compunction: To feel remorse or guilt for an action; a deep sense of regret.

Conceit: An exaggerated opinion of one’s own importance, appearance, or ability.

Conceited: Being overly proud and self-important; having an exaggerated opinion of oneself.

Condemn – To strongly criticize and disapprove; to sentence someone under a set of laws or regulations.

Condescending: Belittling someone with an attitude of superiority; patronizing behavior.

Confabulate: To chat idly and often foolishly without purpose; to babble.

Confiscate: To seize something by force, usually by authority or government decree.

Conflict: A disagreement, argument, or struggle between two opposing sides.

Conflictual: Involving an argument or dispute between two parties; contentious.

Confound: To confuse or bewilder someone; to baffle or perplex.

Confounding: Making something difficult to understand or explain; perplexing.

Confrontational: Aggressive and hostile in manner; likely to provoke confrontation.

Congestion: An accumulation of too much something in one area; overcrowding.

Conniving: Planning or scheming with the intention of doing something dishonest.

Constraint: A restriction, limitation, or control on someone’s behavior; a hindrance.

Contempt – The feeling that someone or something is unworthy or beneath consideration, an attitude of scorn and disrespect.

Contempt: The feeling that someone is beneath your regard; disdain and disrespect.

Contemptuous: Showing disdain or disrespect; treating someone with scorn.

Contention: A point of disagreement between two parties; a dispute or debate.

Contradict: To state the opposite of what someone else has said; to dispute a claim or assertion.

Contravene: To violate the laws or rules; to go against accepted standards.

Contrived: Something that is created with effort, often for a specific purpose; artificial.

Controlling: Making decisions and taking actions to dominate or influence someone.

Contumacious: Disobedient and rebellious; refusing to comply with authority.

Contusion: An injury that causes discoloration on the skin but no broken bones.

Conundrum: A perplexing or difficult problem that is hard to solve or explain.

Corrode – To slowly destroy or eat away; to cause gradual damage over time.

Corrosive: Eating away at something gradually by chemical action

Counterfeit: Imitations that are made to deceive others; fake or false copies.

Covetous: Having an excessive desire for something that one does not have; greedy and envious.

Covetousness: An excessive desire for something that belongs to someone else; envy and greed.

Cowardice: A lack of courage in the face of danger or difficulty; timidity.

Cowardly: Showing a lack of courage; avoiding danger or difficulty.

Cowering: To shrink away from fear, cowering in terror; shrinking back in submission.

Coy: Being evasive and pretending to be shy in order to get attention.

Crave: To have an intense longing or desire for something; to yearn intensely.

Creep: To move slowly and silently in a menacing or unpleasantly stealthy manner.

Criminal: Someone who has committed a crime; someone who breaks the law.

Criticize: To express disapproval or to point out the faults of something or someone.

Crop: To sever or cut off something; to drastically reduce in size.

Cruel: Acting without compassion or kindness; unkind and harsh.

Cull: To separate and remove something, often unwanted or unnecessary; to discard.

Culpability: Being responsible and accountable for a mistake or wrongdoing; guilt.

Cumbersome: Difficult to carry, move, or manage due to size or weight; awkward.

Cursory: Not giving something the attention it deserves; quickly done without care.

Curtail: To reduce something in length, size, or scope; to cut

Cynical: Having a negative attitude towards people, events, and situations; believing the worst in others.

For more lists of both negative and positive words, be sure to check out: