This list of positive words all start with the letter M and include their own positive definition.

From merry to majesty, these words can be used to describe a person or situation with positive characteristics or emotions. They can be used in everyday conversations and situations, in writing and literature, and even as a personal motto or affirmation. 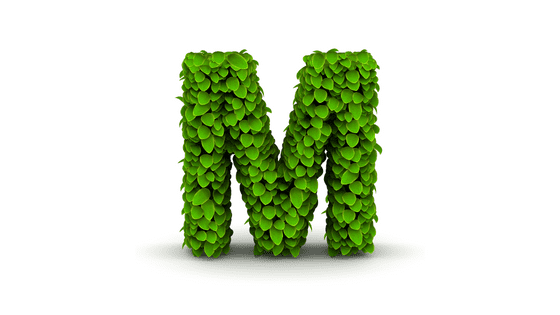 Magic: the power of apparently influencing the course of events by using mysterious or supernatural forces.

Magical: of, relating to, or resembling magic; enchanting.

Magnanimity: generosity of spirit, especially towards someone who has done wrong; noble-mindedness.

Magnetism: the attractive power of a magnet; charm or charisma.

Magnitude: the importance, size, or extent of something; greatness.

Majestic: having an impressive appearance or grandeur; noble and awe-inspiring.

Majesty: the quality of being majestic or grand; impressiveness.

Malleability: the ability to be shaped or moulded; flexibility.

Malleable: able to be shaped or formed into something else; adjustable.

Manifestation: something that reveals the existence of something else; evidence.

Manifold: many and varied; having multiple forms or components.

Marvel: something that causes surprise, admiration, or wonder; a prodigy.

Master: a person who has great skill in a particular field; expert.

Masterful: skilful; accomplished in a particular subject or activity with great expertise and authority.

Maturity: the state of being fully grown or developed; ripeness.

Maverick: an independent person who does not conform to accepted practices or conventions;

Meander: to move along in a winding, leisurely fashion; wander.

Meditation: the practice of focusing one’s thoughts in order to achieve mental clarity and emotional calmness.

Meditative: relating to or characterized by meditation; contemplative.

Meliorism: the belief that the world can be improved through human effort;

Mellifluence: the quality of being pleasing and convincing in speech; persuasiveness.

Mellifluousness: the quality of having a smooth, sweet sound; melodiousness.

Mellowness: the quality of being soft, gentle, and calming; soothing.

Melodious: having a pleasant sound; harmonious.

Mentality: a way of thinking; a mental attitude.

Mentor: an experienced and trusted advisor; a teacher or guide.

Mentorship: guidance and support given by a more experienced or knowledgeable person.

Merciful: compassionate and forgiving towards someone who is in one’s power; clemency.

Mercy: leniency and compassion shown toward someone whom it is within one’s power to punish or harm; clemency.

Meritocracy: a social system where power is based on abilities and talent rather than wealth or privilege.

Metamorphosis: a profound change in form or appearance; transformation.

Metaphysical: relating to the abstract nature of things; beyond physical matter.

Meticulousness: the quality of being very careful and precise in one’s work; attention to detail.

Mettle: strength of spirit or temper; courage and determination.

Mindful: paying attention to something; alert and aware.

Mingle: to mix together, blending into one another; combine.

Mirror: an object that reflects light in such a way as to produce an image of what is before it; reflection.

Miscellany: a collection of various and miscellaneous things; assortment.

Mission: a purpose that guides someone’s actions; a task assigned by another.

Mitigation: to make something less severe or intense; lessen.

Moderation: the quality of being measured or reasonable; temperance.

Modest: humble; not boasting or bragging about one’s accomplishments or possessions.

Moldable: able to be shaped or formed into something else.

Memento: a souvenir, remembrance or keepsake; a reminder.

Momentum: the force or speed of movement gained by a body in motion; impetus.

Morale: the confidence, enthusiasm, and discipline of a person or group at a particular time.

Moralistic: relating to or expressing moral principles or judgments.

Morals: principles of right and wrong that govern an individual’s behaviour or the functioning of society.

Motion: the act or process of changing position; movement.

Motivate: to encourage or inspire someone to do something; urge on.

Motivated: driven by ambition; inspired to get the job done.

Motivating: giving someone enthusiasm and desire to do something; encouraging.

Motivation: the internal drive that prompts someone to take action; enthusiasm.

Motivational: providing motivation and enthusiasm for pursuing a goal; encouraging.

Motley: made up of many different elements, colors, or styles; diverse and varied.

Multifaceted: having many different aspects or characteristics.

Multifarious: made up of many diverse parts or elements; varied.

Multitude: a large group or number; an immense amount.

Muscular: having or showing well-developed muscles.

Muse: a person or thing that serves as an inspiration for creative work; a source of inspiration.

Museful: being inspired by a topic or idea; having creative thoughts and ideas.

Musing: thoughtful or contemplative meditation or reflection on a subject; reverie.

Mutual: existing between two or more people, groups, or things; shared by all parties involved.

Mystical: relating to mysteries or beliefs that are based on spiritual intuition.

Mystifying: creating an atmosphere of mystery and excitement; bewildering.

Mystique: a feeling of mystery, awe, and admiration surrounding something; fascination.

For more lists of positive words, check out: