We can use these negative words that start with R for a variety of reasons. We can use them to express our feelings or describe a situation or person we don’t agree with.

We can also use them to call out injustices and stand up against oppressive systems. Whatever the reason, they are powerful words that deserve to be used responsibly and empathetically.  Understanding the definitions and connotations of these words will help us to use them appropriately and effectively. 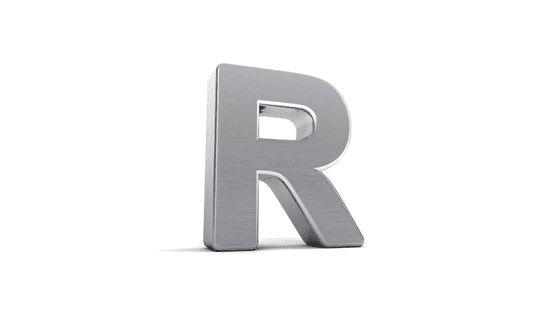 Racist: characterised by the belief in the superiority of one race over another.

Rampant: growing, spreading, or increasing in an uncontrolled way; unchecked.

Rancid: having an unpleasant smell or taste, especially because of being old and stale.

Rancor: a feeling of deep and bitter anger or hatred; animosity.

Rancorous: having or showing intense animosity, bitterness, or malice; spiteful.

Ravage: to cause extensive destruction or harm.

Reactionary: excessively conservative and opposed to progress or liberal ideas.

Rebellion: unruly and unwilling to conform to authority; insurgent.

Rebellious: unruly and unwilling to conform to authority; insurgent.

Rebuff: to reject or spurn abruptly and ungraciously; repulse.

Rebuke: an expression of sharp disapproval or criticism; censure.

Rebuttal: an attempt to refute a point made by another; contradiction.

Reckoning: an act of calculation or estimation; a settlement of accounts.

Recluse: a person who lives in voluntary seclusion from the public and society.

Reclusive: preferring to keep away from other people; solitary.

Recrimination: an accusation or countercharge in reply to a previous accusation.

Redress: to make right an injustice or remedy a wrong; to relieve or correct.

Refuse: to reject with disdain or indignation; scorn.

Rejection: the act of refusing to accept, consider, or submit to something.

Relegate: to assign, especially to a lower place or position.

Reluctance: unwillingness to do something because of doubts or fear; hesitancy.

Remand: to detain someone in custody, typically until the next hearing of their case.

Remiss: neglectful in the performance of a duty or responsibility; careless.

Remorse: deep regret or guilt for a wrong committed; repentance.

Renegade: a person who deserts or betrays an organization, country, or set of principles.

Repercussion: a consequence, especially an unwelcome one; a reaction.

Reproach: an expression of strong disapproval or criticism; censure.

Repudiation: a strong denial or disavowal of something, often accompanied by repudiation.

Repulsion: a feeling of intense dislike and aversion; loathing.

Resent: to feel or express indignation or anger at an act perceived as unjust.

Resentment: a feeling of indignation or bitterness at having been treated unfairly.

Resignation: the acceptance of something undesirable but inevitable with patience and dignity.

Resistance: an organized effort by a group to oppose or challenge an oppressive system.

Retaliation: a response made in self-defense or as a measure of justice; revenge.

Retrenchment: to cut back or reduce; economize.

Retribution: punishment inflicted in the spirit of moral outrage or personal vengeance.

Reveal: to make known something that was previously secret or unknown.

Revenge: the act of seeking or taking vengeance for a wrong suffered; retribution.

Revengeful: having a desire for retaliation or vindication; vengeful.

Reverberation: an echoing or resounding of sound; reverberance.

Reverential: having or showing deep respect or awe; deferential.

Revile: to attack verbally with abusive language; to criticize harshly.

Revolt: an act of armed resistance against an oppressive political authority.

Rigid: inflexible; unable to be bent or changed; fixed and unyielding.

Rigmarole: an elaborate or tedious procedure that is unnecessarily complicated and time-consuming.

Rile: to stir up or agitate; to make angry.

Rogue: a person who behaves dishonestly or unethically; scoundrel.

Rot: to decay or disintegrate due to age, neglect, or disease; decompose.

Rout: to force out of a place; drive away with collective effort.

Rude: lacking in politeness and respect for others; impolite.

Rueful: feeling, expressing, or characterized by regret or sorrow; mournful.

Ruin: the state of being destroyed or brought to bankruptcy; desolation.

Ruminate: to muse or ponder; to think deeply and at length.

Ruse: a clever trick or stratagem used to deceive someone; an artifice.

Ruthless: having or showing no mercy; pitiless.

Ruthlessness: having or showing no mercy; pitiless.