A short, funny quote for the day is a great way to start your day off on the right foot.

A good laugh can improve your mood, ease stress and even help you stay healthy. So why not start your day with a little humor? 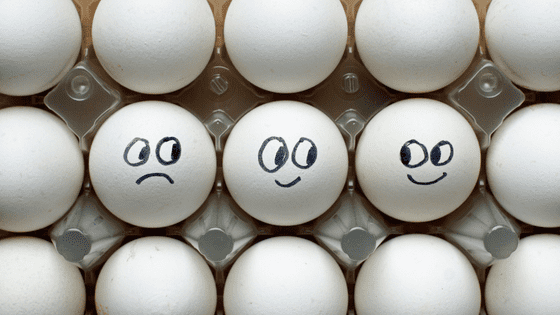 Short, Funny Quote of The Day

Here are some funny quotes to get you started:

“No man has a good enough memory to be a successful liar.” Abraham Lincoln

“Everything I like is either illegal, immoral or fattening.” Alexander Woollcott

“I’ve always wanted to go to Switzerland to see what the army does with those wee red knives.” Billy Connolly

“People who think they know everything are a great annoyance to those of us who do.” Isaac Asimov

“How many people here have telekinetic powers? Raise my hand.” Emo Philips

“Do not take life too seriously. You will never get out of it alive.” Elbert Hubbard

“If you haven’t got anything nice to say about anybody, come sit next to me.” Alice Roosevelt Longworth

“You can always tell when a man’s well informed. His views are pretty much like your own.” H. Jackson Brown, Jr.

“Moderation is a virtue only in those who are thought to have an alternative.” Henry Kissinger

“If you live to be one hundred, you’ve got it made. Very few people die past that age.” George Burns

“You’re only as good as your last haircut.” Fran Lebowitz

“As a child my family’s menu consisted of two choices: take it or leave it.” Buddy Hackett

“I would never die for my beliefs because I might be wrong.” Bertrand Russell

“It has yet to be proven that intelligence has any survival value.” Arthur C. Clarke

“I like long walks, especially when they are taken by people who annoy me.” Fred Allen

“God writes a lot of comedy… the trouble is, he’s stuck with so many bad actors who don’t know how to play funny.” Garrison Keillor

“It is even harder for the average ape to believe that he has descended from man.” H. L. Mencken

“If you cannot get rid of the family skeleton, you may as well make it dance.” George Bernard Shaw

“There cannot be a crisis next week. My schedule is already full.” Henry Kissinger

“A government that robs Peter to pay Paul can always depend on the support of Paul.” George Bernard Shaw

“I have had a perfectly wonderful evening, but this wasn’t it.” Groucho Marx

“When I was a boy the Dead Sea was only sick.” George Burns

“Laugh and the world laughs with you, snore and you sleep alone.” Anthony Burgess

“TV is chewing gum for the eyes.” Frank Lloyd Wright

“Everybody talks about the weather, but nobody does anything about it.” Charles Dudley Warner

“It’s hard to lead a cavalry charge if you think you look funny on a horse.” Adlai Stevenson I

“My grandmother started walking five miles a day when she was sixty. She’s ninety-seven now, and we don’t know where the hell she is.” Ellen DeGeneres

“What after all, is a halo? It’s only one more thing to keep clean.” Christopher Fry

“Wine is constant proof that God loves us and loves to see us happy.” Benjamin Franklin

“It is a scientific fact that your body will not absorb cholesterol if you take it from another person’s plate.” Dave Barry

“They say marriages are made in Heaven. But so is thunder and lightning.” Clint Eastwood

“Money won’t buy happiness, but it will pay the salaries of a large research staff to study the problem.” Bill Vaughan

“All right everyone, line up alphabetically according to your height.” Casey Stengel

“Every cloud has its silver lining but it is sometimes a little difficult to get it to the mint.” Don Marquis

“A stockbroker urged me to buy a stock that would triple its value every year. I told him, ‘At my age, I don’t even buy green bananas.’” Claude Pepper

“If life’s not funny, then it’s just true – and that would be unacceptable.” Billie Lourd

“I love deadlines. I like the whooshing sound they make as they fly by.” Douglas Adams

“There’s nothing wrong with being shallow as long as you’re insightful about it.” Dennis Miller

“I have a new philosophy. I’m only going to dread one day at a time.” Charles M. Schulz

“A pessimist is a person who has had to listen to too many optimists.” Don Marquis

“Only the mediocre are always at their best.” Jean Giraudoux

“Prejudice is a great time saver. You can form opinions without having to get the facts.” E. B. White

“An idea isn’t responsible for the people who believe in it.” Don Marquis

“Go to Heaven for the climate, Hell for the company.” Mark Twain

“I used to jog but the ice cubes kept falling out of my glass.” David Lee Roth

“I wanna make a jigsaw puzzle that’s 40,000 pieces. And when you finish it, it says ‘go outside.’” Demetri Martin

“If at first you don’t succeed, blame your parents.” Marcelene Cox

“If love is the answer, could you please rephrase the question?” Lily Tomlin

“When we talk to God, we’re praying. When God talks to us, we’re schizophrenic.” Jane Wagner

“If you can’t tell a spoon from a ladle, then you’re fat!” Demetri Martin

“Get your facts first, then you can distort them as you please.” Mark Twain

“Procrastination is the art of keeping up with yesterday.” Don Marquis

“Always remember that you are absolutely unique. Just like everyone else.” Margaret Mead

“Progress was all right. Only it went on too long.”  James Thurber

“I always wanted to be somebody, but now I realize I should have been more specific.” Lily Tomlin

“Between two evils, I always pick the one I never tried before.” Mae West

If you’re interested in more funny quotes and sayings, check out: