Karma is often thought of as a kind of cosmic justice system in which our good and bad deeds come back to us, either in this life or the next.

Many religions and philosophies believe in karma, including Hinduism, Buddhism, Sikhism, and Taoism.

The concept of karma can be traced back to the Vedic scriptures of ancient India.

In the West, the idea of karma gained popularity in the late 19th and early 20th centuries and is considered a central tenet of some new religious movements such as Theosophy and the New Age movement.

Karma is an unproveable, invisible force or power that some people believe governs all actions and events in the universe. 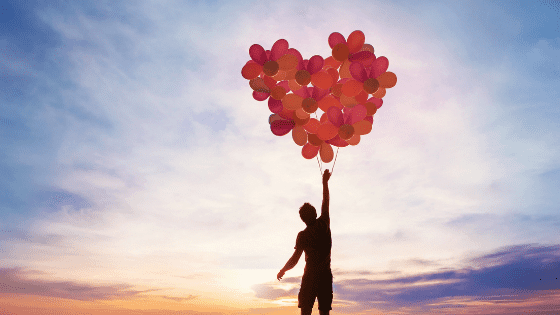 The following quotes about karma in life help to articulate the concept further:

“How people treat you is their karma; how you react is yours.” Wayne W. Dyer

“Realize that everything connects to everything else.” Leonardo Da Vinci

“You can’t get there alone. People have to help you, and I do believe in karma. I believe in paybacks. You get people to help you by telling the truth, by being earnest.” Randy Pausch

“What goes around comes back around.” Unknown

“Karma, memory, and desire are just the software of the soul. It’s conditioning that the soul undergoes in order to create experience. And it’s a cycle. In most people, the cycle is a conditioned response. They do the same things over and over again.” Deepak Chopra

“When you see a good person, think of becoming like her/him. When you see someone not so good, reflect on your own weak points.” Confucius

“You can’t connect the dots looking forward; you can only connect them looking backwards. So you have to trust that the dots will somehow connect in your future. You have to trust in something – your gut, destiny, life, karma, whatever. This approach has never let me down, and it has made all the difference in my life.” Steve Jobs

“As she has planted, so does she harvest; such is the field of karma.” Sri Guru Granth Sahib

“Situations seem to happen to people, but in reality, they unfold from deeper karmic causes. The universe unfolds to itself, bringing to bear any cause that needs to be included. Don’t take this process personally. The working out of cause and effect is eternal. You are part of this rising and falling that never ends, and only by riding the wave can you ensure that the waves don’t drown you. The ego takes everything personally, leaving no room for higher guidance or purpose. If you can, realize that a cosmic plan is unfolding and appreciate the incredibly woven tapestry for what it is, a design of unparalleled marvel.” Deepak Chopra

“Karma comes after everyone eventually. You can’t get away with screwing people over your whole life, I don’t care who you are. What goes around comes around. That’s how it works. Sooner or later the universe will serve you the revenge that you deserve.” Jessica Brody

“I’m a true believer in karma. You get what you give, whether it’s bad or good.” Sandra Bullock

“Even if things don’t unfold the way you expected, don’t be disheartened or give up. One who continues to advance will win in the end.” Daisaku Ikeda

“Even chance meetings are the result of karma… Things in life are fated by our previous lives. That even in the smallest events there’s no such thing as coincidence.” Haruki Murakami

“In every conversation I’ve had – with housewives in Mumbai, with middle-class people, upper-class, in the slums – everyone says there is an underlying consciousness of karma. That people believe in karma – that what you’re putting out is going to come back. If I do something to you, the energy of it is going to come back to me in the future.” Deepak Chopra

“Once you’ve lived a little you will find that whatever you send out into the world comes back to you in one way or another. It may be today, tomorrow, or years from now, but it happens; usually when you least expect it, usually in a form that’s pretty different from the original. Those coincidental moments that change your life seem random at the time but I don’t think they are. At least that’s how it’s worked out in my life. And I know I’m not the only one.” Slash

“Like gravity, karma is so basic we often don’t even notice it.” Sakyong Mipham

“I’m a believer in karma, and I’m also a believer that things happen for a reason.” Bill Goldberg

“I believe in luck and fate, and I believe in karma, that the energy you put out in the world comes back to meet you.” Chris Pine

“On one hand, we know that everything happens for a reason, and there are no mistakes or coincidences. On the other hand, we learn that we can never give up, knowing that with the right tools and energy, we can reverse any decree or karma. So, which is it? Let the Light decide, or never give up? The answer is: both.” Yehuda Berg

“Do I believe in reincarnation? Well, let’s say that I believe in karma. I think you make your own karma.” Diane von Furstenberg

“As long as karma exists, the world changes. There will always be karma to be taken care of.” Nina Hagen

“People pay for what they do, and still more, for what they have allowed themselves to become. And they pay for it simply: by the lives they lead.” Edith Wharton

“See, talent is important, and so is hard work. But if you don’t have destiny and good karma on your side, talent cannot do the magic by itself.” Himesh Reshammiya

“When someone has a strong intuitive connection, Buddhism suggests that it’s because of karma, some past connection.” Richard Gere

“Karma, when properly understood, is just the mechanics through which consciousness manifests.” Deepak Chopra

“I would never disrespect any man, woman, chick or child out there. We’re all the same. What goes around comes around, and karma kicks us all in the butt in the end of the day.” Angie Stone

“I believe in karma, and I believe if you put out positive vibes to everybody, that’s all you’re going to get back.” Kesha

“The universe does not carry debts. It always returns back to you what you gave it.” Drishti Bablani

“Just try to do the right thing, and that’s immediate karma: ‘I feel good about myself.’” Linda Thompson

“Things don’t just happen in this world of arising and passing away. We don’t live in some kind of crazy, accidental universe. Things happen according to certain laws, laws of nature. Laws such as the law of karma, which teaches us that as a certain seed gets planted, so will that fruit be.” Sharon Salzberg

“I believe in Karma. If the good is sown, the good is collected. When positive things are made, that returns well.” Yannick Noah

“Karma is not just about the troubles, but also about surmounting them.” Rick Springfield

“If you give a good thing to the world, then over time your karma will be good, and you’ll receive good.” Russell Simmons

“Your believing or not believing in karma has no effect on its existence, nor on its consequences to you. Just as a refusal to believe in the ocean would not prevent you from drowning.” F. Paul Wilson

“I believe that the Laws of Karma do not apply to show business, where good things happen to bad people on a fairly regular basis.” Chuck Lorre

“It was not uncommon for the children to be told they were being treated this way because it was their bad karma, and they must have hurt a child in a past life.” Mary Garden

“Men are not punished for their sins, but by them.” Elbert Hubbard

“There’s a natural law of karma that vindictive people, who go out of their way to hurt others, will end up broke and alone.” Sylvester Stallone

“When a bird is alive…it eats ants.

When bird dies…Ants eat it.

One tree can be made into a million matchsticks.

But only one matchstick is required to burn millions of trees.

Circumstances can change at any time.

Don’t devalue or hurt anyone in this life.

You may be powerful today, but time is more powerful than you.” Unknown

“Karma bides its time. You will always have to watch out. Karma is unforgiving and always gets payback.” Benjamin Bayani

“When you truly understand karma, then you realize you are responsible for everything in your life.” Keanu Reeves

“Live a good and honorable life. Then, when you are older, you can look back and enjoy it a second time.” Dalai Lama

For more inspirational quotes, check out: