Here is a thorough collection of negative words that all begin with the letter S, plus their definitions to add context.

There are many negative words that begin with the letter S, many of which describe a person who is behaving in an unprofessional, uncouth or unpalatable manner.

The below list of words are all negative adjectives, verbs or nouns and all have a negative connotation. 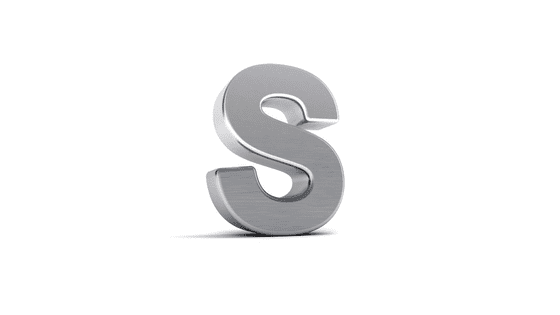 Sadistic: Having or showing a cruel delight in causing pain or distress to others.

Satan: A rebellious, diabolical person or character; an embodiment of evil.

Scalding: Burning hot; extremely and painfully hot to the touch.

Scammer: Someone who uses deceitful methods to get money from unsuspecting victims; a con artist.

Scarcity: The lack of something available in plentiful supply; dearth.

Schadenfreude: Taking pleasure in the misfortune of others.

Scorn: A feeling or attitude of contempt or disdain for someone or something regarded as unworthy, corrupt, or inferior.

Scourge: A source of severe or intense suffering and affliction; a plague.

Scurvy: Despicably low or contemptible; base, vile, and insignificant.

Secretive: A tendency to keep things hidden, especially from others; secretive.

Sedition: Conduct or language inciting rebellion against the authority of a state.

Seditious: Inciting or tending to incite rebellion against authority.

Selfish: Exhibiting excessive concern for oneself at the expense of others; egocentric.

Separatist: One who advocates for or seeks to achieve separation from a larger group; secessionist.

Sexist: showing prejudice, stereotyping, or discrimination against people based on their gender.

Shameful: Deserving of or causing public disgrace or humiliation.

Shamelessness: Lacking any sense of shame or humility; brazenly shameless.

Shifty: Evasive and untrustworthy; liable to sudden and unexplainable change.

Short-sighted: Having an inadequate sense of the future consequences of current actions.

Sinister: Having an evil appearance or connotation; threatening.

Skulking: To keep out of sight, usually with a fearful or guilty purpose; hiding.

Slackness: The state of not being on time, up to standard, or efficient; laxity.

Slander: False and malicious statements about someone, typically intended to harm their reputation; calumniation.

Slanderous: Making false and damaging statements about someone, typically intended to harm their reputation; defamatory.

Slanders: False and malicious statements about someone, typically intended to harm their reputation; defamation.

Slippery: Difficult to hold onto; hard to pin down or control.

Sloth: Laziness and lack of enthusiasm or ambition; slovenly indolence.

Slothfulness: Inactivity and laziness, often to the point of idleness; indolence.

Sluggard: A person who habitually avoids work; a lazybones.

Sneaky: Acting in a stealthy, furtive manner; sly and underhanded.

Sneering: Expressing contempt or derision through words or facial expression.

Snivelling: Complaining in an annoying, insincere manner; whiny and pitiful.

Snobbish: Excessively concerned with one’s own superiority in terms of social status, wealth, and fashion sense.

Solicitous: Showing excessive care or attention, often in a way that is viewed as intrusive; meddlesome.

Somberness: Serious and gloomy in character or atmosphere; somnolent.

Sordid: Characterized by dishonesty and immorality, especially in the pursuit of wealth and power.

Sordidly: Dishonestly or immorally; marked by greed or corruption.

Sordidness: Characterized by disgraceful and unscrupulous behavior; degraded and immoral.

Spendthrift: One who spends money in an irresponsible or wasteful manner; an extravagant individual.

Spurn: To reject disdainfully or contemptuously; to treat with disdain or contempt.

Stagnant: Not circulating or flowing; motionless and stagnant. Unchanging or motionless; dull and lifeless.

Staunch: Unwavering in one’s allegiance or determination; resolute and tenacious.

Stenches: An unpleasant odor that is strong and offensive; an acrid stench.

Stifling: Preventing the growth or development of something; repressive.

Stigma: Something that discredits or disgraces a person; a mark of shame.

Stigmatize: To bring dishonor or disgrace upon someone; to brand with infamy.

Stinginess: Extreme reluctance to spend money or to part with possessions; miserliness.

Stinting: Giving or granting in a miserly or grudging manner; ungenerous.

Stubborn: Unreasonably unwilling to change one’s opinion or chosen course of action; determined to resist any attempt to persuade one to do something different.

Stubbornness: Refusing to accept advice or yield to the opinions of others; mule headed.

Stultifying: Dulling the vigor, spirit, or vitality of something; oppressive or confining.

Subjugate: To bring someone under control by force; to dominate.

Subservient: Willing to obey others without question, even if it goes against one’s own will or interests; servile.

Sullied: To make something less pure by tarnishing it; to stain.

Sullying: To soil, stain or discolor; to disgrace.

Suspicion: A feeling that something is wrong or not as it appears; distrust.

Suspicious: Having or showing a lack of trust in someone or something; wary.

Swindler: Someone who uses deceitful and fraudulent methods to obtain money; a con artist.