Here is a list of funny words that start with G, that may be funny because of:

Funny words that start with G are plentiful. From geezer, to gobbledegook there are gobs of choices! We hope you enjoy this list. 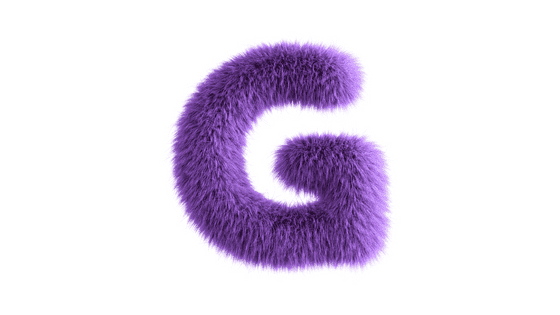 List of funny words that start with G with their definitions:

Gaberlunzie – an itinerant beggar or mendicant.

Gadabout – a person who is constantly on the go and never stays in one place for too long.

Gadarene – characterized by a headlong rush into danger or difficulty.

Gadfly – someone who persistently annoys people with their opinions or behavior.

Gadzookery – language that is overly extravagant or showy.

Gag – to prevent someone from speaking or expressing themselves.

Gainsay – to deny or oppose something.

Gallimaufry – a confused jumble of words or ideas.

Gallivant – to travel around and have fun in a carefree manner.

Galoot – an awkward or boorish man or boy.

Galumph – to move in an awkward but enthusiastic manner.

Galumphing – to move in an awkward but enthusiastic manner.

Gambol – to skip about playfully or friskily.

Gamey – having a strong flavor derived from age or seasoning.

Garbology – the study and analysis of discarded materials.

Gargantuan – gigantic in size or proportions.

Gargoyle – a grotesque figure carved in stone as a spout for water or as an ornament on a building.

Gewgaw – an object of little value or use but often decorative in appearance.

Geezer – an elderly person who is eccentric in some way.

Gelidity – the state of being cold and icy.

Gerrymander – to divide a geographic area into political units in a way that gives an unfair advantage.

Gesticulation – a gesture made with the hands or body for emphasis.

Gibber – a rapid stream of unintelligible words or sounds.

Gibberish – language that is unintelligible or nonsensical.

Gigantify – to make something larger or more powerful than it already is.

Gimcrackery – something that is showy but of no real use or value.

Gimlet-eyed – having a sharp and penetrating gaze.

Gloaming – the period between twilight and nightfall.

Gloat – to show smug pleasure in someone else’s misfortune.

Glop – an unappetizing mixture or mass of food.

Glutinous – having a thick and sticky texture.

Gnarly – difficult to deal with or manage.

Gnomic – expressing an often-profound truth in a short, pithy statement.

Gobbledegook – language that is overly complicated and difficult to understand.

Gobemouche – a person who believes everything they are told without question.

Gonzo – an eccentric individual who pursues their goals with extreme single-mindedness and self-assurance.

Goofy – silly or foolish in appearance or behavior.

Googly-eyed – having eyes that appear to bulge out.

Gorgonize – to turn someone into stone with a single glance.

Grandiloquent – speaking in an extravagant or pompous manner.

Grangerize – to add illustrations or other material to a book to make it more appealing.

Gratuity – money given as a tip, reward, or expression

Gravamen – the main thrust of a legal complaint or argument.

Grift – to obtain money or other goods illegally.

Grimalkin – an old female cat that is especially cunning or sly.

Grinch – a person who is determined to ruin the holiday cheer of others.

Griselda – an archetype of patient longsuffering and obedience in adversity.

Grok – to understand something instinctively and intuitively.

Grommet – a small metal or plastic ring used to reinforce a hole in fabric or other material.

Groucho – a person who is always making jokes or puns.

Grouse – an expression of complaint or discontent.

Guffaw – a loud and hearty laugh.

Gumble – to mumble or murmur.

Gyp -to swindle someone out of money or possessions.

We hope this list of funny words starting with G has been enjoyable and helpful for you!