This list of funny words all start with D and are sure to bring a smile and chuckle to your day.

From dillydallier, to dingbat and dumbwaiter to dingleberry, there are so many funny words all starting with the letter D! 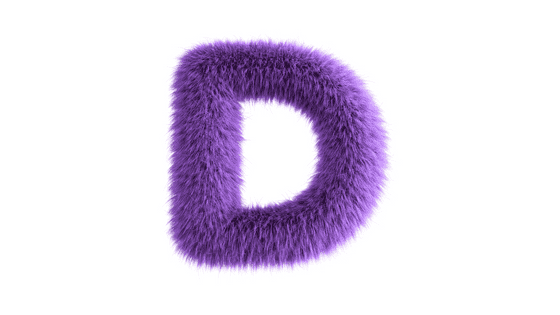 Dabble: To do something in an unfocused and casual manner.

Dander: An old-fashioned word meaning to get angry or annoyed.

Dapple: To mark something with spots or patches of color.

Debonair: Charming and suave in manner.

Defenestrate: To throw someone or something out of a window in anger.

Defenestration: The act of throwing someone or something out of a window.

Deftly: Doing something skillfully and gracefully.

Deftness: Skillful and quick at doing something.

Deipnosophist: An expert in the art of dinner-table conversation.

Deliriously: A state of being in complete and utter bliss.

Delirium: A state of confusion and disorientation caused by a sudden illness.

Deranged: Describing someone as crazy or disturbed.

Derring-do: An action that is brave, heroic and full of daring.

Diddle-daddle: To dawdle, meander or waste time doing something pointless.

Diddlery: To do something uselessly, often in an attempt to waste time.

Diddlysquat: A term used to describe something that is absolutely worthless.

Digger-dagger: An object used for stabbing and digging simultaneously.

Diggled-eyed: Having eyes that bulge out in an amusing way.

Dillydally: To waste time by doing nothing or going around in circles.

Dillywag: A silly and mischievous person.

Dingaling: An exclamation used to emphasize a particular point.

Dinglebop: An object that is difficult to identify or describe.

Dirigible: Someone who is easily swayed by different opinions.

Discombobulate: To confuse, disorient or perplex someone.

Dishabille: A state of being dressed in a careless or sloppy manner.

Disharmonious: Describing something as being out of tune or discordant.

Disharmonize: To make something sound dissonant or out of tune.

Ditzy: Describing someone as airheaded or scatterbrained.

Ditziness: Describing someone as being ditzy or absentminded.

Doggone: Being so exasperated or frustrated that you have to swear.

Doggonit: An exclamation used when one is feeling particularly put out.

Doink: To make a silly noise or movement.

Dollop: A large portion of something, usually served with a spoon.

Doodad: Another word for a doohickie.

Doodah: A nonsense word used to describe something that has no real name.

Doohickie: A gadget or a device whose name you don’t know or can’t remember.

Doohickies: Small objects that are difficult to identify but serve a purpose.

Doppelganger: A lookalike or a double of a person.

Dracula: A person whose behavior is mysterious and unnerving.

Draggle-tail: Describing someone as unkempt or dishevelled.

Dratification: The act of giving someone an exasperated sigh because they did something annoying or reckless.

Dream-weavering: Creating elaborate fantasies or daydreams in your mind.

Dreariness: Describing something as dull, gloomy and depressing.

Driftometer: A device used to measure the speed and direction of a current.

Droll: Something amusingly odd or peculiar.

Drone-it-out: To continue doing something in a dull and monotonous manner.

Drongo: A person who is slow to understand or foolishly stubborn.

Droning: To speak with a low monotonous voice, often in a boring manner.

Drooble: An awkward or clumsy person.

Drunkenly: Moving around unsteadily while intoxicated with alcohol.

Druthers: A preference or a wish for something.

Dubiosity: Having a feeling of doubt or uncertainty about something.

Duck-and-dodge: To avoid something, usually an unpleasant situation.

Dudgeon: Describing someone as being angry or resentful.

Dulcet: Sweet and melodious in sound.

Dumb-dumb: Describing someone as being exceptionally foolish or lacking in intelligence.

Dumbfoundry: A place where dumb things are made 😊

Dumbwaiter: A device used in restaurants to transport food from one floor to another.

Dunderhead: Another word for a fool or an idiot.

Dunderheaded: Describing someone as being so foolish that their actions are silly.

Dunderpate: Yet another word for an idiot or a fool.

Dust-bunny: A collection of lint, dust and other small particles that accumulate under furniture.

Dustup: An argument or a disagreement between two people.

Dweebish: Describing someone as socially awkward or nerdy.

Dystopian: Describing a society where life is miserable and oppressive.