Here is a collection of 42 of the best stoic quotes ever recorded. They will focus on the stoic beliefs on life, happiness and the realm of control.

Stoicism is a philosophy of life that was popular in ancient Greece and Rome and is often thought to explain people who show little emotion, are resilient – yet unsympathetic to trials and tribulations. Not at all true.

A stoic person is someone who seeks to live in harmony with the natural world, often through principles of self-control, reflection and mindfulness.

Stoics believe that people are happier in life when they are calm, grateful and focus on what can be controlled (self) rather than what is outside our control.

Stoicism teaches how to let go of unchangeable situations or thoughts so one can focus on the things we can control, just as our thoughts, feelings and actions towards an event or circumstance.

Stoic quotes can highlight the immense power of our thoughts and how we relate to the world around us.

They can teach us mindfulness, gratitude, and a happier life. Quotes from famous stoic personalities and thought leaders (Seneca, Epictetus, Marcus Aurelius to name just a few) can present us with questions and answers on an interesting way to approach life. Only you will know if they resonate with you.

“Never let the future disturb you. You will meet it, if you have to, with the same weapons of reason which today arm you against the present.” Marcus Aurelius 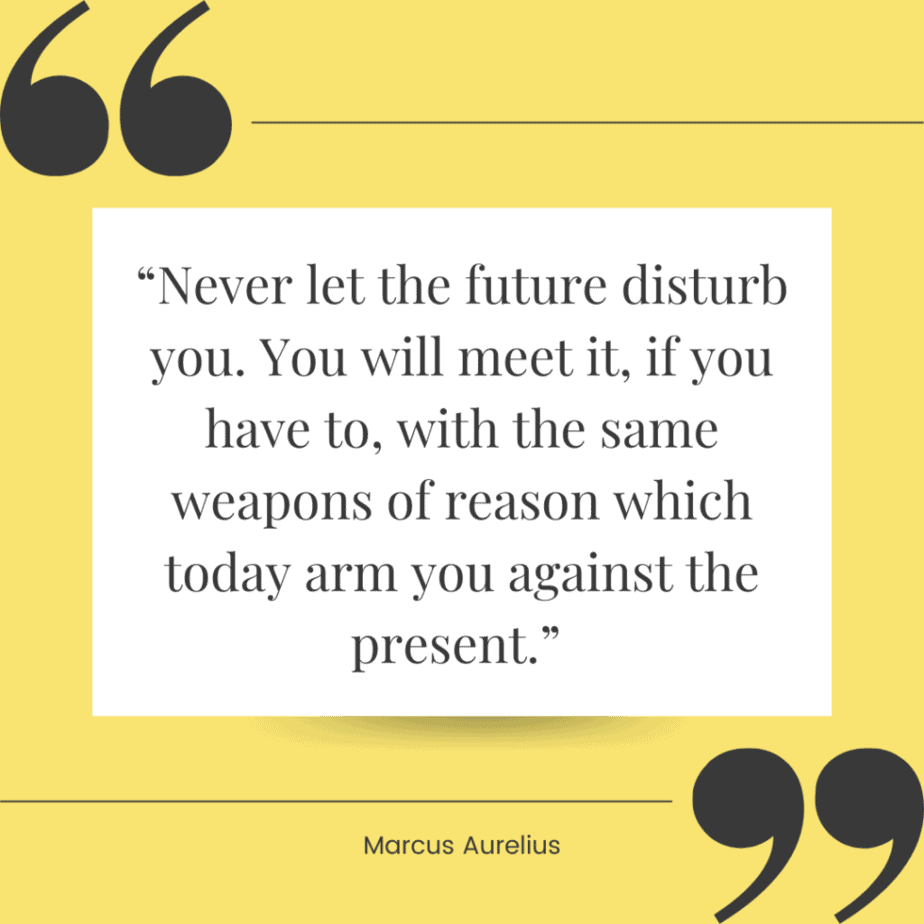 “Complaining does not work as a strategy. We all have finite time and energy. Any time we spend whining is unlikely to help us achieve our goals. And it won’t make us happier.” Randy Pausch 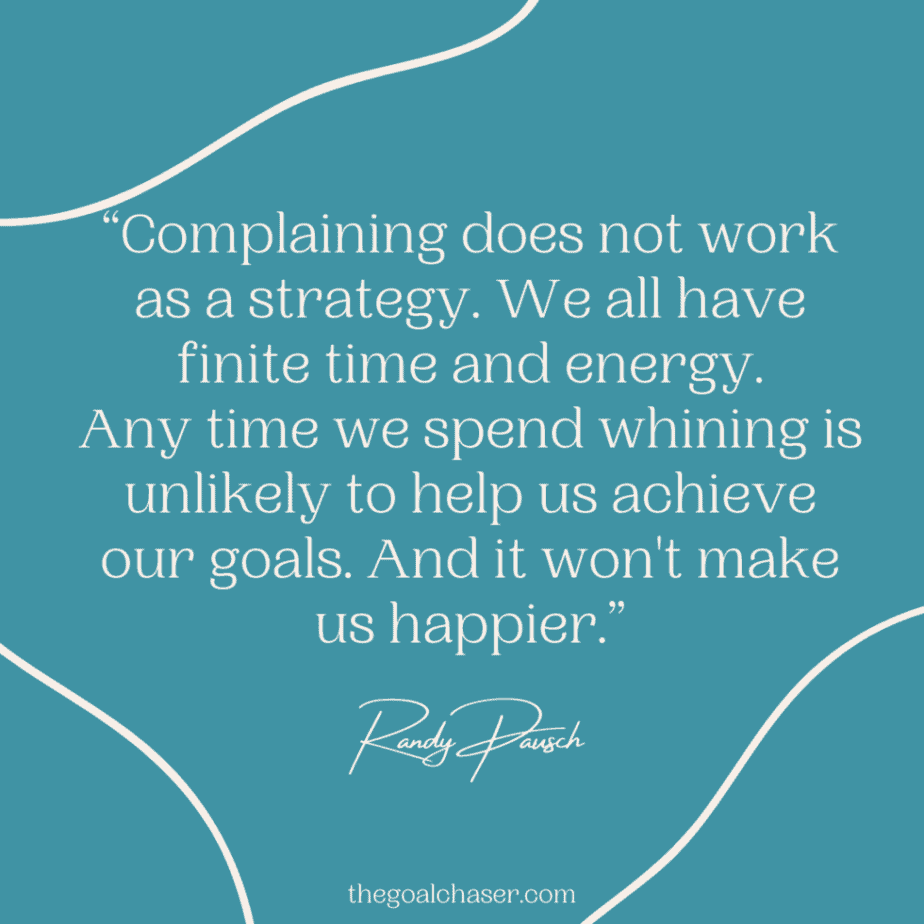 “A gem cannot be polished without friction, nor a man perfected without trials.” Seneca

“To bear trials with a calm mind robs misfortune of its strength and burden.” Seneca 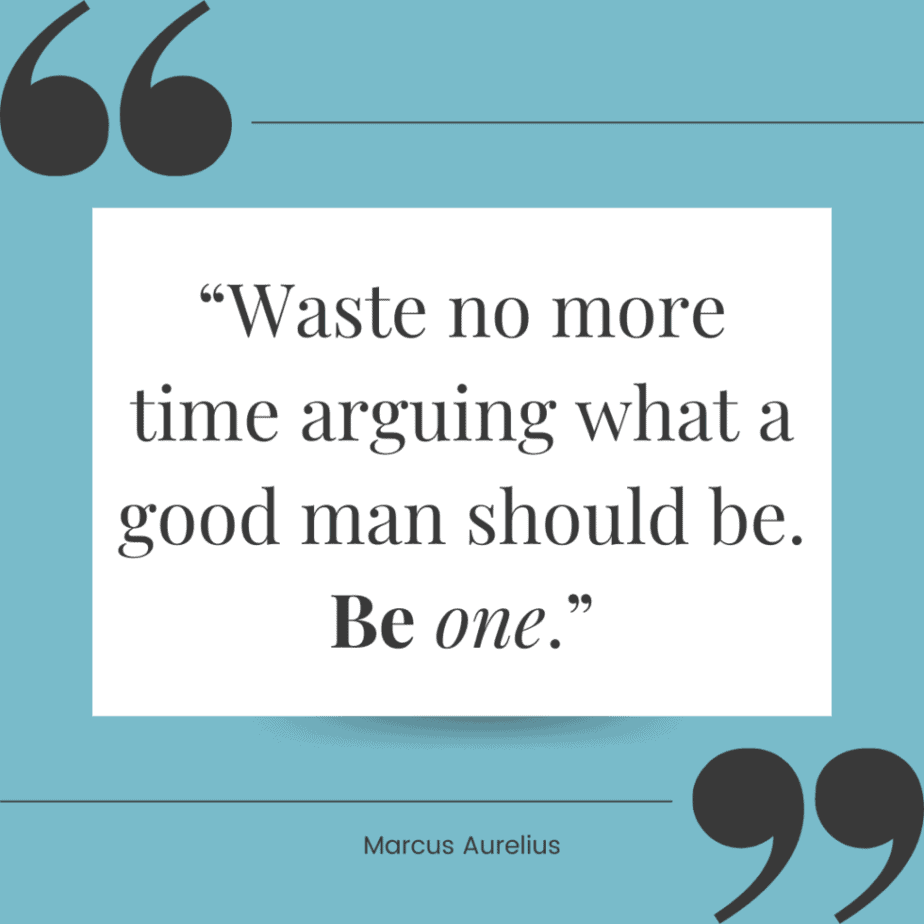 “Waste no more time arguing what a good man should be. Be One.” Marcus Aurelius

“Wealth consists not in having great possessions, but in having few wants.” Epictetus 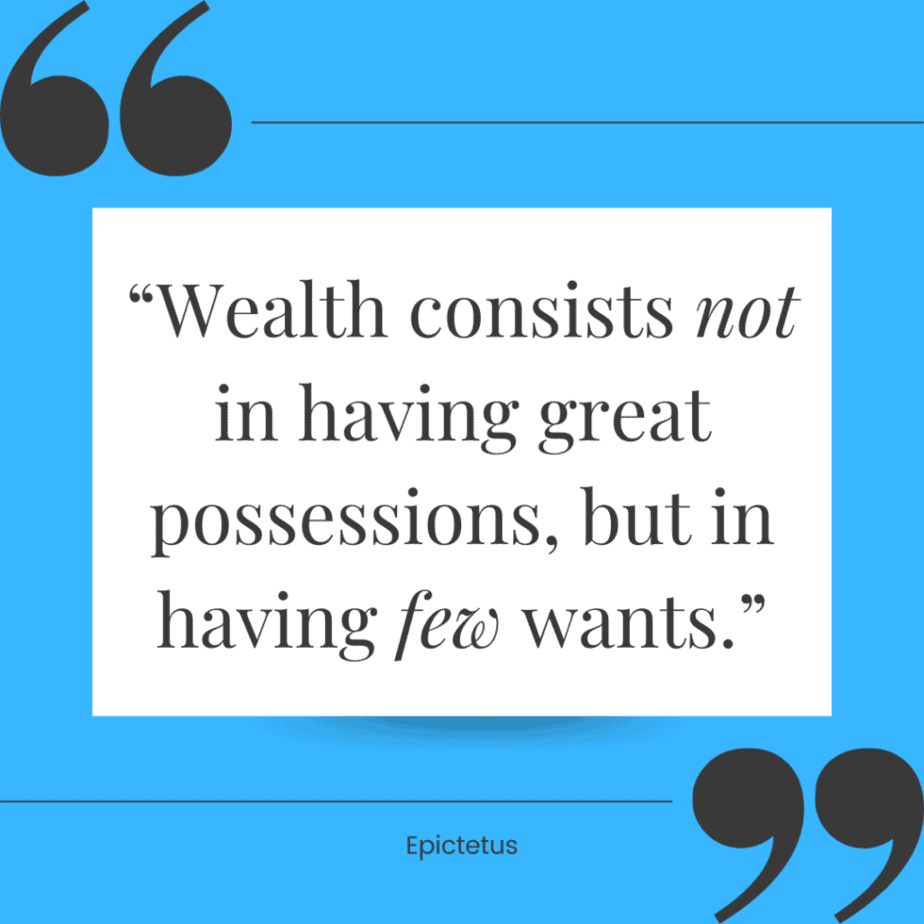 “If it is not right, do not do it, if it is not true, do not say it.” Marcus Aurelius

“If a man knows not which port he sails, no wind is favorable.” Seneca 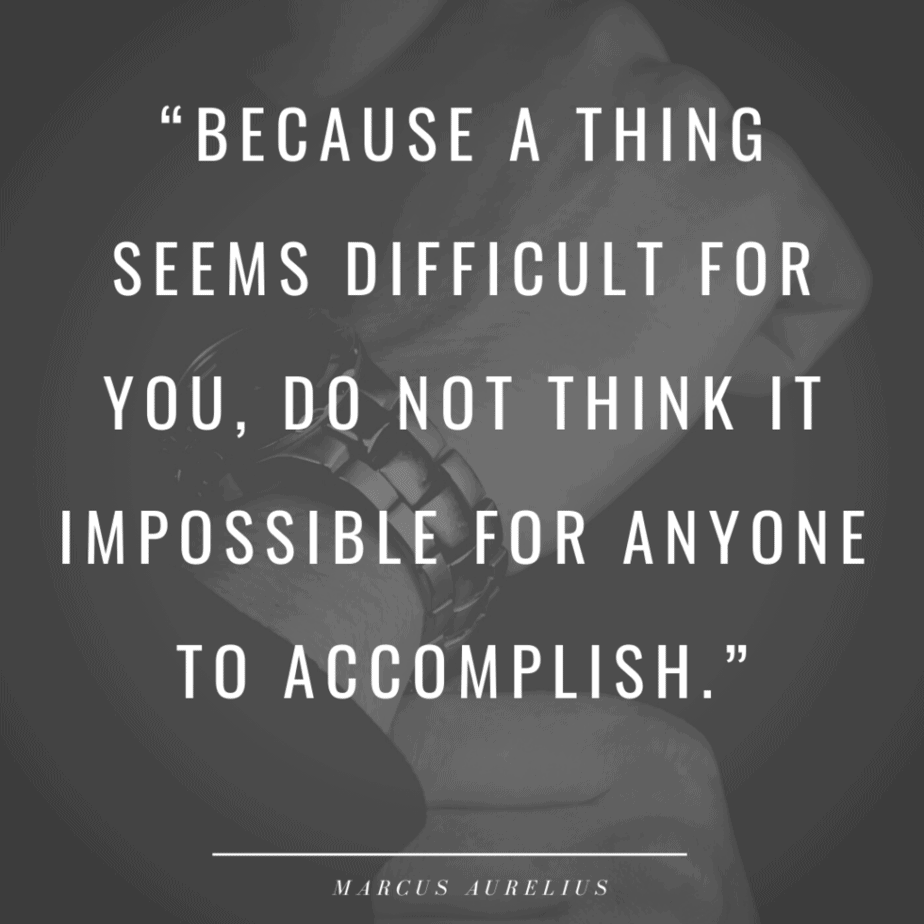 “Because a thing seems difficult for you, do not think it impossible for anyone to accomplish.” Marcus Aurelius

“Life is long if you know how to use it.” Seneca

“When we are no longer able to change a situation, we are challenged to change ourselves.” Viktor Frankl

“Luck is what happens when preparation meets opportunity.” Seneca

“It never ceases to amaze me: we all love ourselves more than other people, but care more about their opinion than our own.” Marcus Aurelius

“Nothing is more honorable than a grateful heart.” Seneca 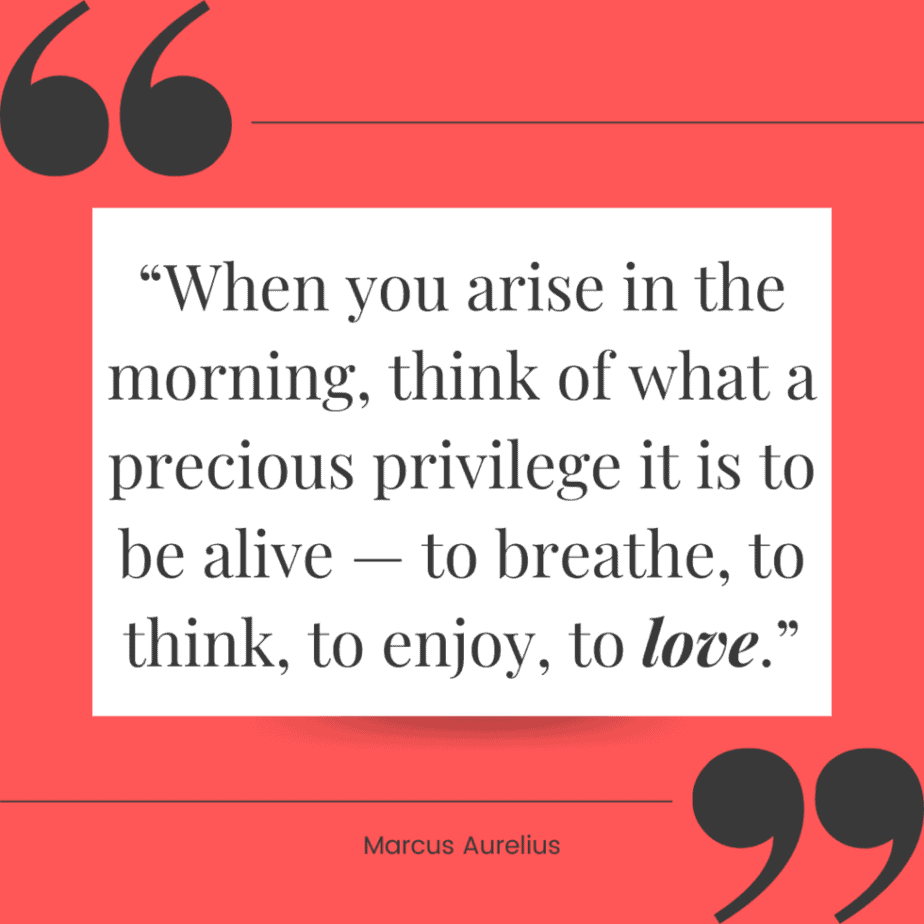 “When you arise in the morning, think of what a precious privilege it is to be alive — to breathe, to think, to enjoy, to love.” Marcus Aurelius

“To love only what happens, what was destined. No greater harmony.” Marcus Aurelius

“I shall show you a love potion without a drug, without a herb; without the incantation of any sorceress: if you want to be loved, love.” Seneca

“Be tolerant with others and strict with yourself.” Marcus Aurelius 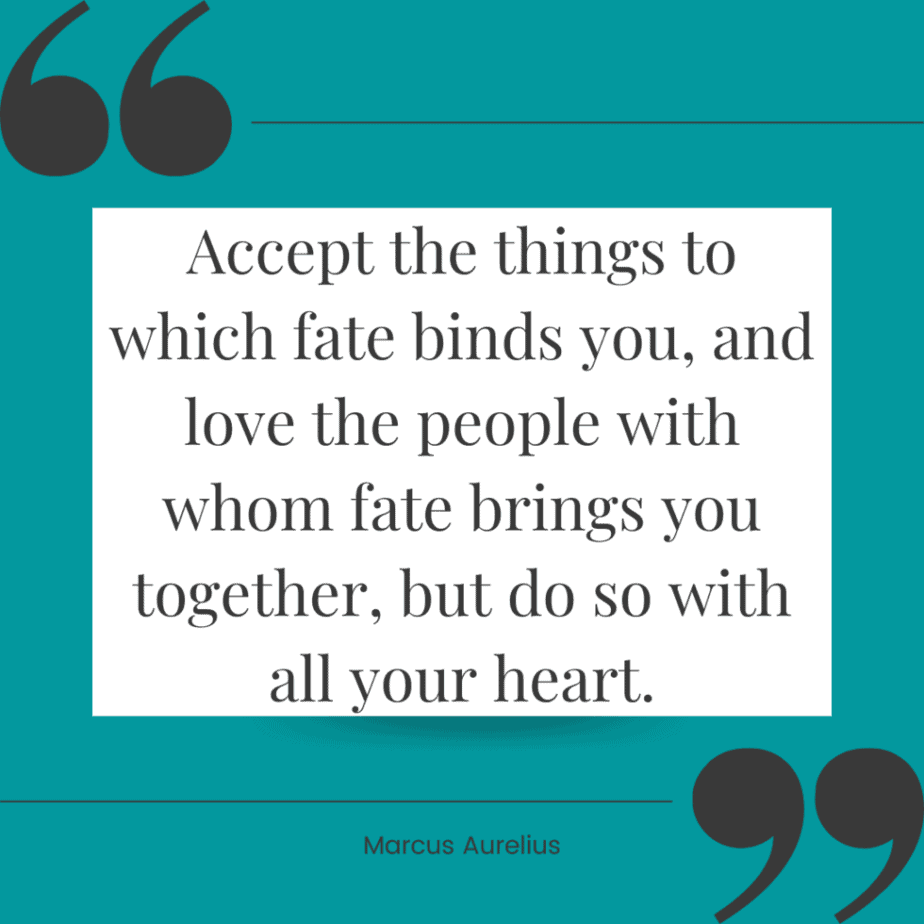 “Accept the things to which fate binds you, and love the people with whom fate brings you together, but do so with all your heart.” Marcus Aurelius

With an overarching theme about life being what we make it, these stoic quotes on happiness are all quite thought-provoking:

“When someone is properly grounded in life, they shouldn’t have to look outside themselves for approval.” Epictetus 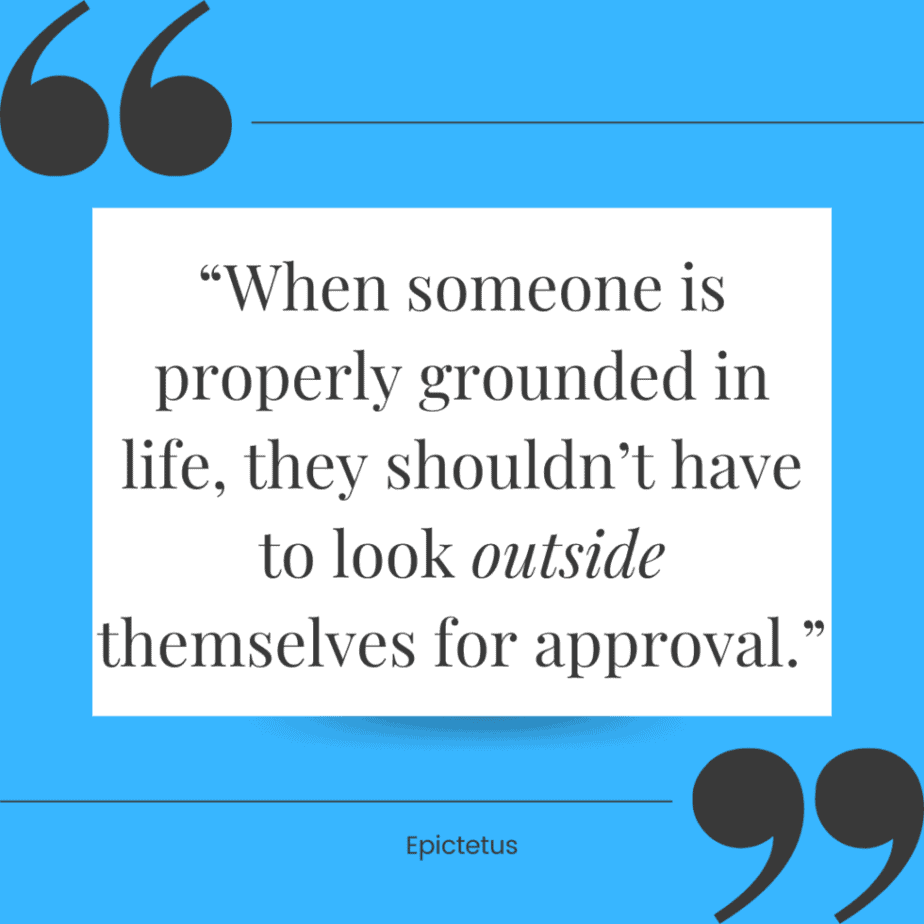 “True happiness is to enjoy the present, without anxious dependence upon the future, not to amuse ourselves with either hopes or fears but to rest satisfied with what we have, which is sufficient, for he that is so wants nothing. The greatest blessings of mankind are within us and within our reach. A wise man is content with his lot, whatever it may be, without wishing for what he has not.” Seneca

“The best revenge is not to be like your enemy.” Marcus Aurelius

“The happiness of your life depends upon the quality of your thoughts.” Marcus Aurelius 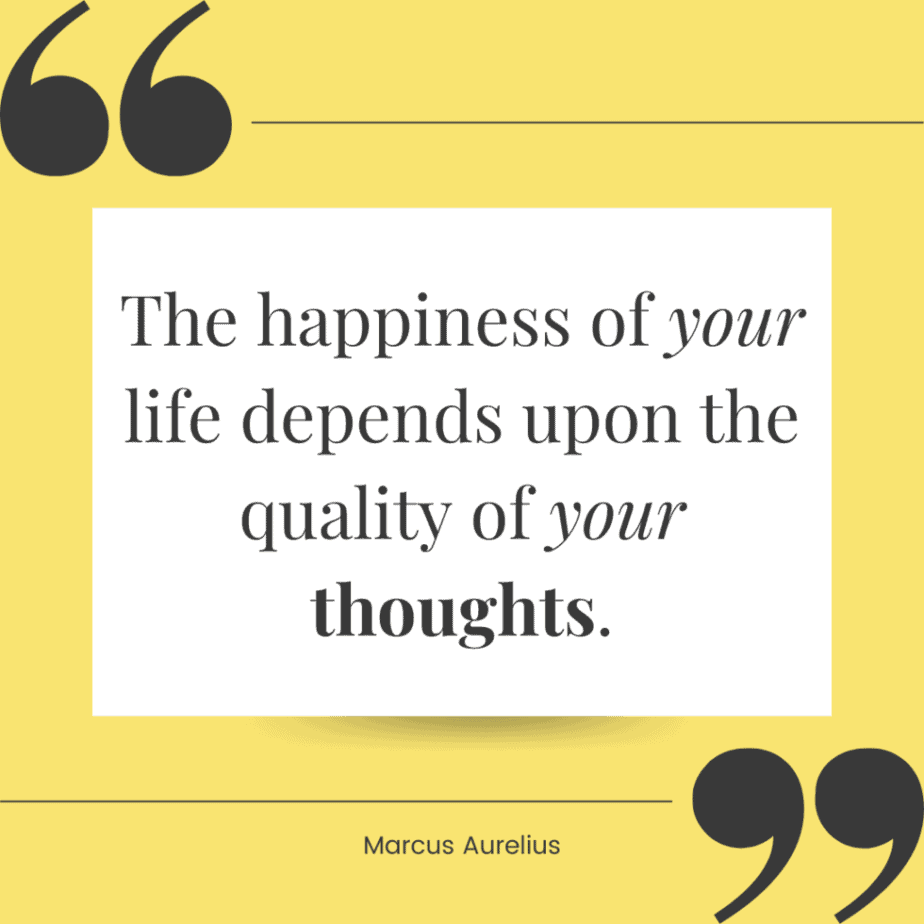 “It does not matter what you bear, but how you bear it.” Seneca

The stoic philosophy is that we can’t control external events and circumstances, but we can control how we think about them, how we feel about them and how we ultimately, respond to them. The following stoic quotes are all about the control that we do have:

“Just keep in mind: the more we value things outside our control, the less control we have.” Epictetus 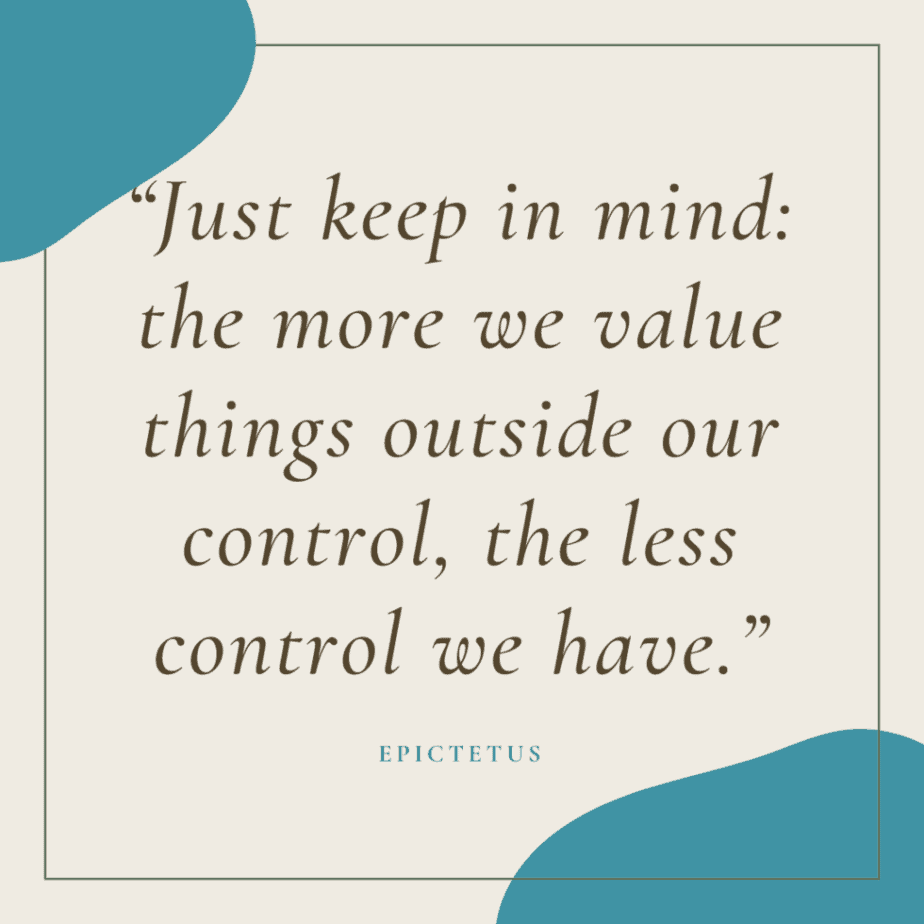 “Between stimulus and response, there is a space. In that space is our power to choose our response.” Viktor Frankl

“If you are distressed by anything external, the pain is not due to the thing itself, but to your estimate of it; and this you have the power to revoke at any moment.” Marcus Aurelius

“To be even minded is the greatest virtue.” Heraclitus 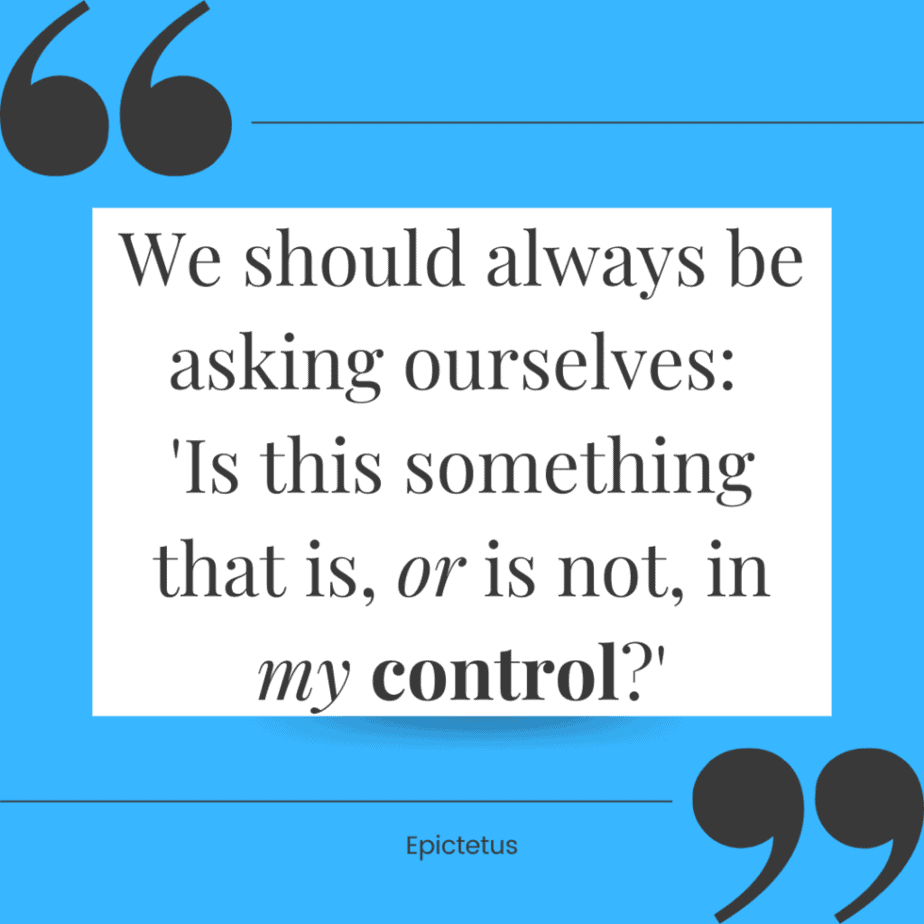 “We should always be asking ourselves: ‘Is this something that is, or is not, in my control?’” Epictetus

“Remember, it is not enough to be hit or insulted to be harmed, you must believe that you are being harmed. If someone succeeds in provoking you, realize that your mind is complicit in the provocation. Which is why it is essential that we not respond impulsively to impressions; take a moment before reacting, and you will find it easier to maintain control.” Epictetus

“It is the power of the mind to be unconquerable.” Seneca

“Think of your many years of procrastination; how the gods have repeatedly granted you further periods of grace, of which you have taken no advantage. It is time now to realise the nature of the universe to which you belong, and of that controlling Power whose offspring you are; and to understand that your time has a limit set to it. Use it, then, to advance your enlightenment; or it will be gone, and never in your power again.” Marcus Aurelius

“The essential idea of Stoicism in my interpretation is, you don’t control the world around you, you control how you respond. At 19, that’s very empowering.” Ryan Holiday

Stoic quotes on death are not meant to be morbid, but instead to encourage thought about how one is living one’s life right now, and to remind them that life does end one day, so why not get on with living it to your best potential:

“Think of the life you have lived until now as over and, as a dead man, see what’s left as a bonus and live it according to Nature. Love the hand that fate deals you and play it as your own, for what could be more fitting?” Marcus Aurelius

“He who fears death will never do anything worth of a man who is alive.” Seneca 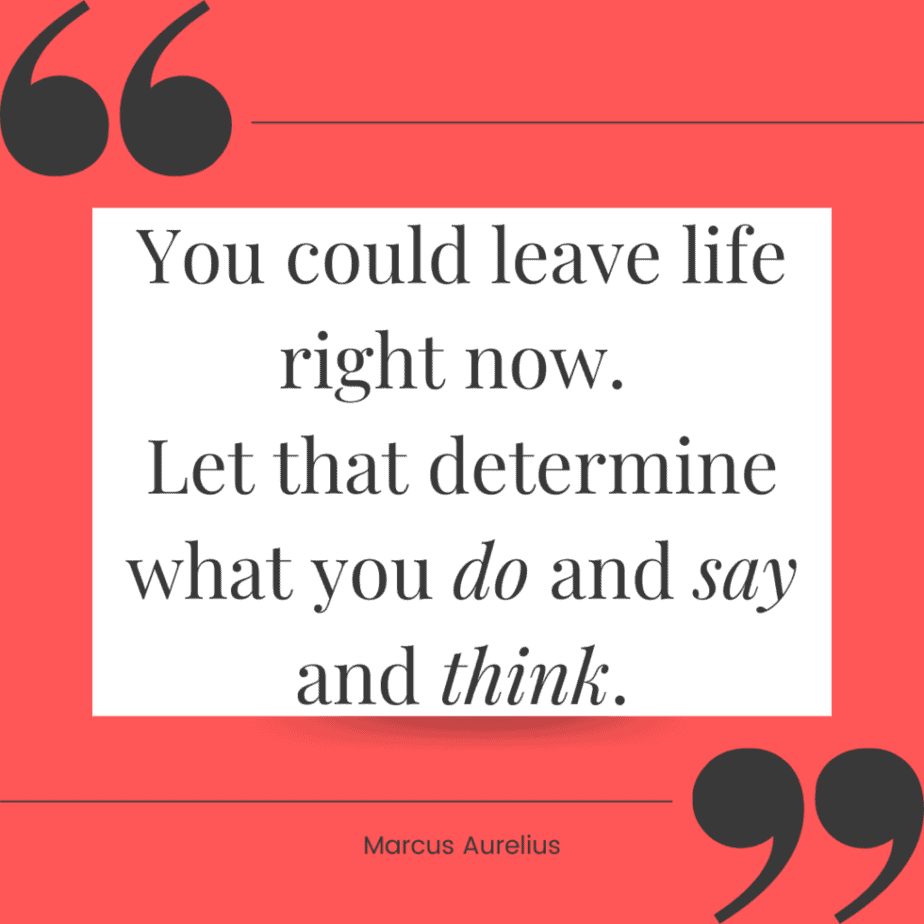 “You could leave life right now. Let that determine what you do and say and think.” Marcus Aurelius

“Life is very short and anxious for those who forget the past, neglect the present, and fear the future.” Seneca

“For it is better to die of hunger, but free from distress and fear, than to live in plenty with a troubled mind.” Epictetus

Just to end things off with some funny stoic quotes, because, well it’s always great to have a little laugh:

“Imagine smiling after a slap in the face. Then think of doing it twenty-four hours a day.” Markus Zusak

“Hang on to your youthful enthusiasms — you’ll be able to use them better when you’re older.” Seneca

“I think I’m incredibly stoic. If I have a bad headache, it takes a while before I reach for a tablet.” Robert Rinder