Revenge is best served cold, they say, but it’s often wiser to let it go entirely.

The following quotes about revenge show empathy and understanding about wanting revenge, but they also show the negative emotions and the impact that seeking revenge can actually do to us.

The concept of revenge is often thought of as a way to get back at someone who has wronged us. And revenge can be a very powerful motivator. It can drive people to do things they never thought possible, but it can also lead to some very dangerous consequences.

The problem with revenge is that it’s often motivated by anger and hate. It is easy to let emotions take over and make poor decisions that can lead to more tragedy.

If you are considering revenge, ask yourself if it is worth the risk. Is the person who wronged you really worth risking your own safety and wellbeing? 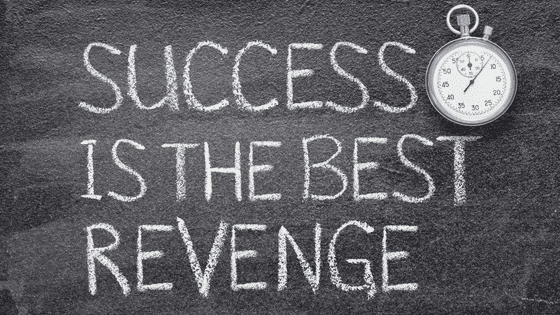 “While seeking revenge, dig two graves – one for yourself.” Douglas Horton

“An eye for an eye will only make the whole world blind.” Mahatma Gandhi

“Revenge is often like biting a dog because the dog bit you.” Austin O’Malley

“A man that studieth revenge keeps his own wounds green.” Francis Bacon

“In taking revenge, a man is but even with his enemy; but in passing it over, he is superior.” Francis Bacon

“If you prick us do we not bleed? If you tickle us do we not laugh? If you poison us do we not die? And if you wrong us shall we not revenge?” William Shakespeare

“It is impossible to suffer without making someone pay for it; every complaint already contains revenge.” Friedrich Nietzsche

“The best revenge is to live on and prove yourself.” Eddie Vedder

“There is no revenge so complete as forgiveness.” Josh Billings

“The problem with revenge is that it never evens the score. It ties both the injured and the injurer to an escalator of pain. Both are stuck on the escalator as long as parity is demanded, and the escalator never stops.” Lewis B. Smedes

“Not forgiving is like drinking rat poison and then waiting for the rat to die.” Anne Lamott

“The best revenge is to be unlike him who performed the injury.” Marcus Aurelius

“I’m not one to take revenge. If someone does something wrong to me I leave it in the hands of the universe to take care of that person.” Lana Parrilla

“If you spend your time hoping someone will suffer the consequences for what they did to your heart, then you’re allowing them to hurt you a second time in your mind.” Shannon L. Alder

“I took revenge on hardship from my earlier life by forgetting it.” Alija Izetbegovic

“The best revenge is not to be like your enemy.” Marcus Aurelius

“Revenge can only be found on the road to self-destruction. “Wayne Gerard Trotman

“The best revenge is to show them that your life is getting better after they’re gone.” Nishan Panwar

“The best revenge in the world is success.” Suge Knight

“I think revenge is an extremely potent and powerful weapon, and hatred is more powerful sometimes than love.” Vivek Oberoi

“Revenge is a sorrow for the person who has to take it on. And the person who is rash enough to think it’s going to help a situation is always wrong.” Louise Erdrich

“To refrain from imitation is the best revenge.” Marcus Aurelius

“May we not succumb to thoughts of violence and revenge today, but rather to thoughts of mercy and compassion. We are to love our enemies that they might be returned to their right minds.” Marianne Williamson

“This is certain, that a man that studieth revenge keeps his wounds green, which otherwise would heal and do well.” Francis Bacon

It can be easy to empathize with why someone seeks revenge, but it’s not a healthy  or productive way to deal with conflict. If you are struggling to cope with feelings of anger and resentment, talk to a trusted friend or family member, or seek professional help. Taking action out of revenge rarely ends well, but there are other ways to find closure and peace.

For more inspirational words, be sure to check out: