The following quotes are all about self-destruction. The unhealthy coping mechanisms, actions, behaviors and even inactions that may result from strong unresolved emotions.

Self-destruction is the process of causing oneself physical or psychological harm. It can be on a scale from extreme self-harm, reckless behaviors, impulsive actions, inaction or self-destructive habits that are likely to lead to harm.

They can be deliberate or unintentional.

Self-destruction is often motivated by feelings of pain, helplessness, hopelessness, guilt, overwhelm and fear. These strong feelings and emotions can provoke us to engage in self-sabotaging actions such as pushing people away, procrastination, addictions and bad habits.

These self-destructive behaviors may temporarily feel like a coping mechanism and provide brief escapism, but in the long run they can create much larger problems. 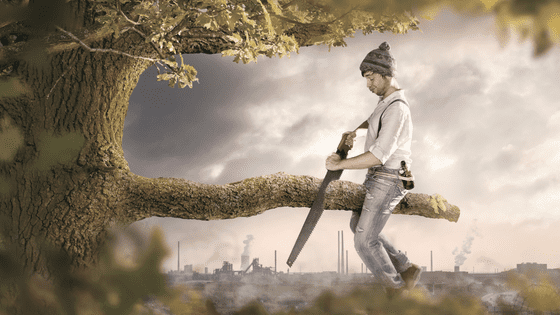 Recognizing self-destructive behaviors is an important first step, but it’s also important to work out the underlying causes.

Oftentimes, these behaviors are a way of coping with difficult emotions that seem impossible to manage. If you’re struggling with self-destruction, it’s important to reach out for help. Treatment can provide the tools you need to address the underlying causes of your behaviors and learn healthier ways to cope.

In the meantime, these quotes can provide insight into self-destruction and highlight just how common it is.

“Man is the only living species that has the power to act as his own destroyer—and that is the way he has acted through most of his history.” Ayn Rand

“If you don’t find some way to discuss what’s going on inside you, it can come out in other ways that are self-destructive.” Viggo Mortensen 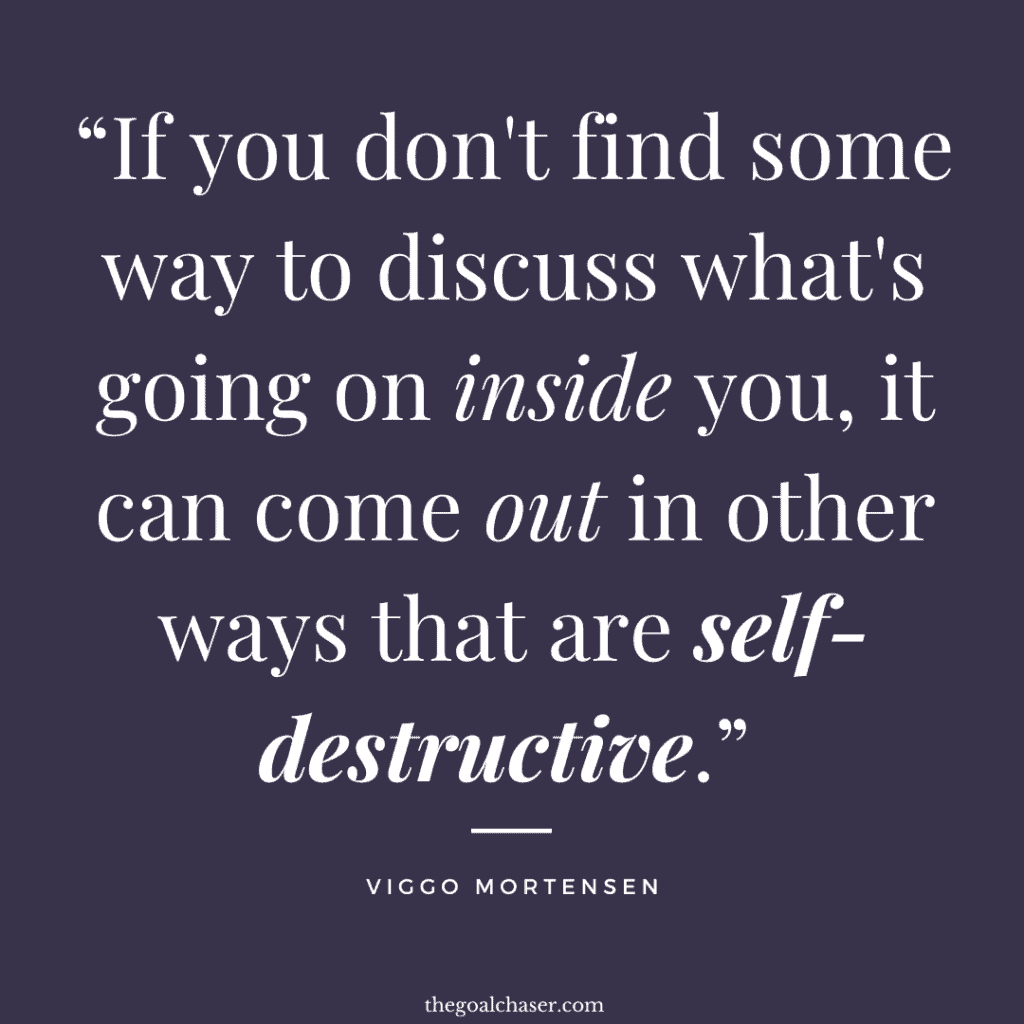 “When you stare into the abyss the abyss stares back at you.” Friedrich Nietzsche

“Having a low opinion of yourself is not ‘modesty.’ It’s self-destruction. Holding your uniqueness in high regard is not ‘egotism.’ It’s a necessary precondition to happiness and success.” Bobbe Sommer 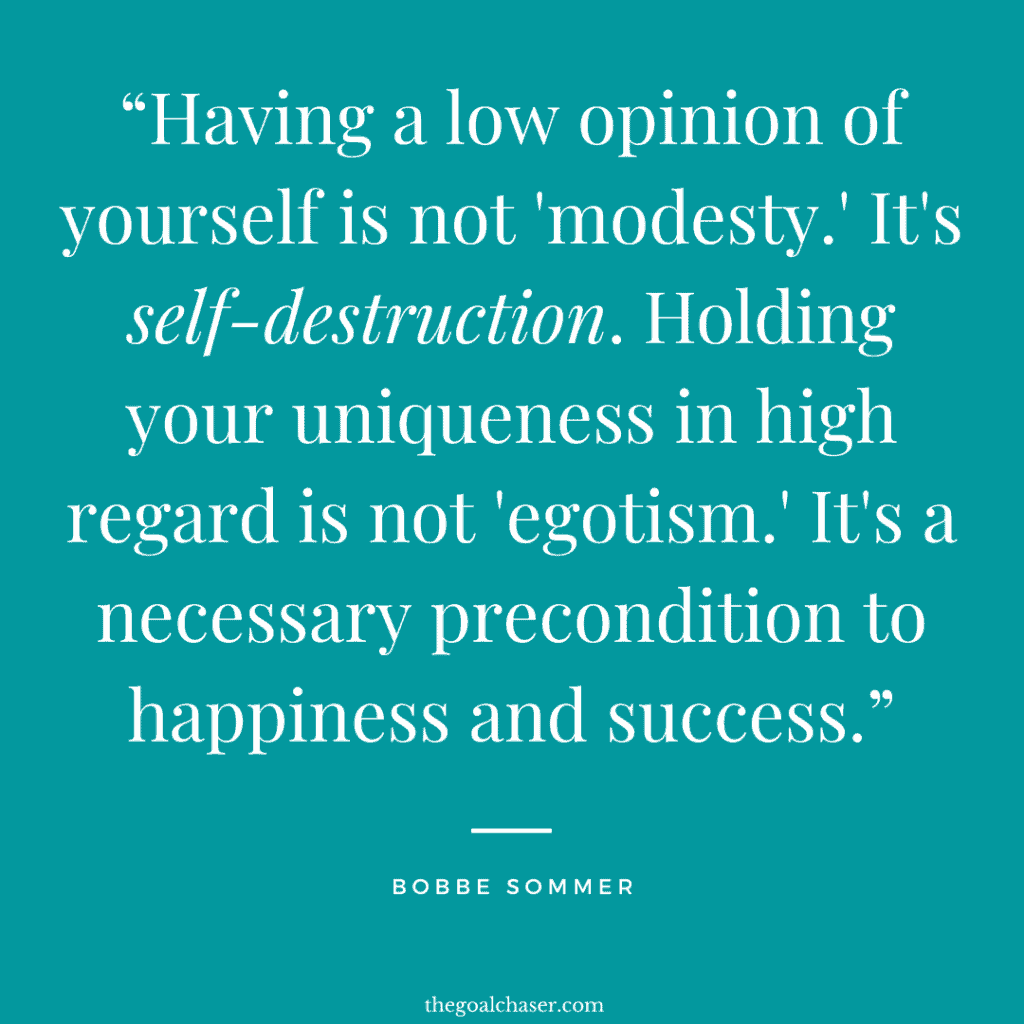 “Fear of success is far more dangerous than fear of failure, because the subconscious mind works to prevent that which it fears. People may fear success because of low self-esteem and feeling of not deserving it; because it will increase what others expect of them. Fear of success shows up as anxiety, indecision, avoidance, procrastination or acceptance of mediocrity.” Joe Tye

“We ask ourselves, who am I to be brilliant, gorgeous, talented, fabulous? Actually, who are you not to be? You are a child of God. You’re playing small does not serve the world.” Marianne Williamson

“I usually solve problems by letting them devour me.” Franz Kafka

“Procrastination is the fear of success. People procrastinate because they are afraid of the success that they know will result if they move ahead now. Because success is heavy, carries a responsibility with it, it is much easier to procrastinate and live on the “someday I’ll” philosophy.” Denis Waitley

“Self-conceit may lead to self-destruction.” Aesop

“Survival of the fittest can take us only so far; competition and aggression have brought us to the brink of self-destruction. What is needed now is survival of the wisest. You can participate in this shift by expanding your own awareness.” Deepak Chopra

“When the ego dominates in organizations, even spiritual organizations, there is usually a big drama or upheaval of some kind, and self-destruction begins.” Eckhart Tolle

“Hate is self-destructive. If you hate somebody, you’re not hurting the person you hate. You’re hurting yourself. And that’s a healing. Actually, it’s a real healing, forgiveness.” Louis Zamperini

“We are our own devils; we drive ourselves out of our Edens.” Wolfgang Goethe

“Sometimes you hit a point where you either change or self destruct.” Sam Stevens

“Be led by your talent, not by your self-loathing; those other things you just have to manage.” Russell Brand

“The one who might be holding you back is you.” Frank Sonnenberg

“There are seeds of self-destruction in all of us that will bear only unhappiness if allowed to grow.” Dorothea Brande

“If you are not willing to risk the unusual, you will have to settle for the ordinary.” Jim Rohn

“I will no longer mutilate and destroy myself in order to find a secret behind the ruins.” Hermann Hesse

Quotes About Being Self-Destructive

“Never saw off the branch you are on, unless you are being hanged from it.” Stanislaw Jerzy Lec

“I understood myself only after I destroyed myself. And only in the process of fixing myself, did I know who I really was.” Sade Andria Zabala

“Frustration, discouragement, and depression mean you are working against yourself.” Jaggi Vasudev

“If you aren’t destroying your enemies, it’s because you have been conquered and assimilated, you do not even have an idea of who your enemies are. You have been brainwashed into believing you are your own enemy, and you are set against yourself. The enemy is laughing at you as you tear yourself to pieces. That is the most effective warfare an enemy can launch on his foes: confounding them.” Bangambiki Habyarimana

“The price of dishonesty is self-destruction.” Rita Mae Brown

“Even cynical, selfish people will realize, one way or the other, that it’s not in their self-interest to act in self-destructive ways.” David Grinspoon

“Self-destruction is an art; cursed are the exponents.” Anurag Shourie

“The point is… people who are unhappy with their station in life and don’t change it end up developing all sorts of self-destructive habits. I’m telling you this as a friend.” Douglas Paszkiewicz

“I was more addicted to self-destruction then to the drugs themselves … something very romantic about it.” Gerard Way

“We are stubborn, self-destructive conformists. Any other view of our species is just a self-congratulatory delusion.” Michael Crichton

“Those who have to struggle with addiction in their lives know the ‘you only live once’ mentality doesn’t really work because you can only do that for so often before you’re self-destructive.” Chad Gilbert

“Don’t waste so much time thinking about how much you weigh. There is no more mind-numbing, boring, idiotic, self-destructive diversion from the fun of living.” Meryl Streep

“I find drug use disrespectful, self-destructive, and weak. I want no part of it.” Davey Havok

“When we meet real tragedy in life, we can react in two ways – either by losing hope and falling into self-destructive habits, or by using the challenge to find our inner strength. Thanks to the teachings of Buddha, I have been able to take this second way.” Dalai Lama

“It’s not uncool to worry about people who seem like they’re going on the wrong path. There’s nothing cool about being self-destructive.” Patti Smith

“I hate being forced to do things. I hate people telling me what to do, so I’ll do the complete opposite. It’s a bit self-destructive sometimes.” Sky Ferreira

“The effects of unresolved trauma can be devastating. It can affect our habits and outlook on life, leading to addictions and poor decision-making. It can take a toll on our family life and interpersonal relationships. It can trigger real physical pain, symptoms, and disease. And it can lead to a range of self-destructive behaviors.” Peter A. Levine

“Many of life’s failures are people who did not realize how close they were to success when they gave up.” Thomas A. Edison

“And when I get bored, it’s like the worst parts of me come out. I really veer to self-destructive tendencies quickly.” Zoe Kazan

“I think we all carry the seeds of our own destruction. You really have to be aware that just because something is good, it doesn’t mean it’s not going to trigger a self-destructive impulse.” Adam Ferrara

“Sometimes it would be nice to just have some red wine with dinner, but it’s not worth the risk. I have a great life, a great situation. Why would I want to risk self-destructive behaviour?” Kristin Davis

“When we don’t put the brakes on our self-absorption, we have nothing stopping us from total self-destruction. We become the fruits of our actions.” Zeena Schreck

“Everything you want is on the other side of fear.” Jack Canfield

For inspirational quotes, be sure to check out: