Why is self-respect so important?

Self-respect is having respect for oneself. It means having a positive view and believing in oneself. It also means taking care of oneself, setting boundaries, and not putting up with mistreatment.

Self-respect is essential for leading a healthy and happy life. When we have self-respect, we feel good about ourselves, which helps us approach new challenges with confidence and optimism. We also respect our own opinions and ideas, which enables us to make decisions that are right for us.

Another key aspect of self-respect is setting boundaries. This means not letting others treat us poorly, such as by speaking down to us or putting us down. It also involves saying no when we need some “me” time and don’t want to do something that doesn’t serve our best interests.

Finally, self-respect leads to overall respect for others. When we have a healthy sense of self, we are more likely to be kind, compassionate, and fair with others. And when we respect others, they tend to treat us well in return.

If you want to improve your own sense of self-respect and learn how to practice it every day, here are some inspiring quotes that can help:

“When you are content to be simply yourself and don’t compare or compete, everyone will respect you.” Lao Tzu 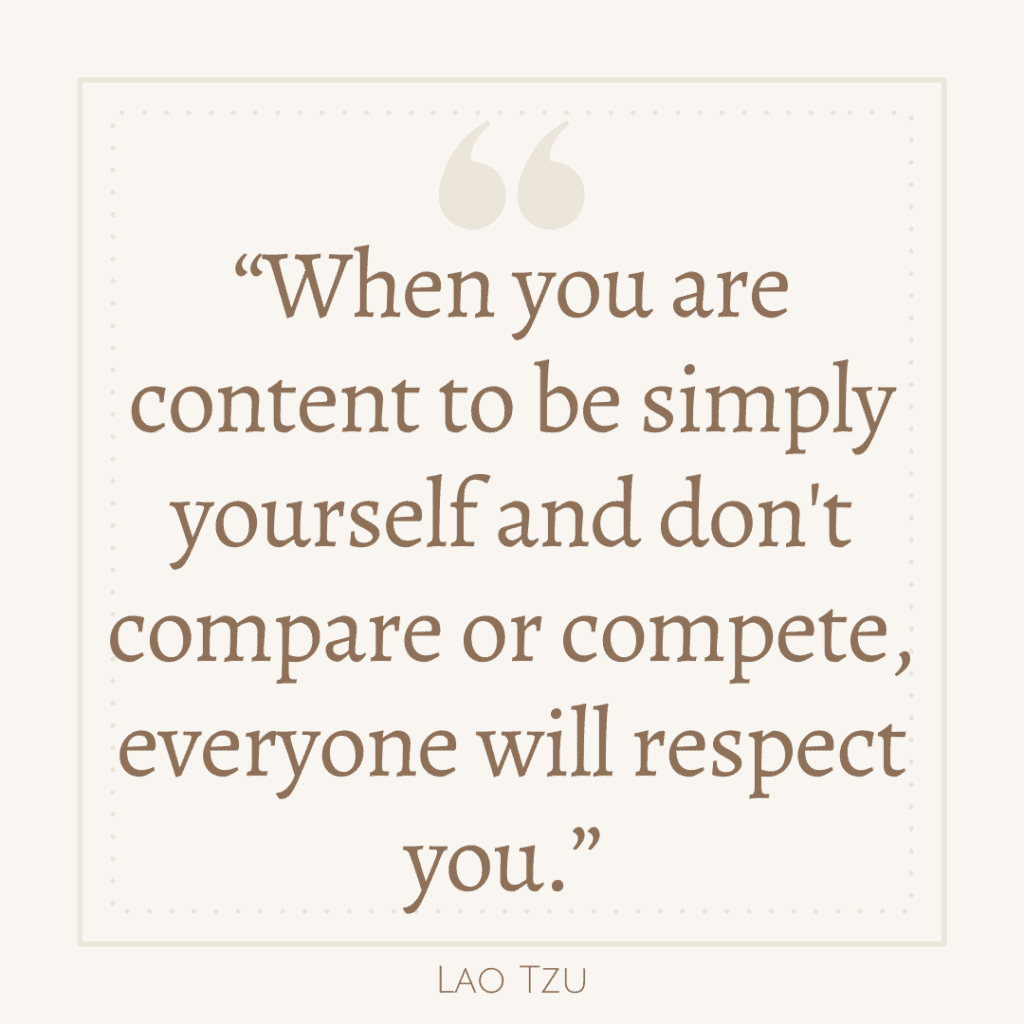 “Respect yourself and others will respect you.” Confucius

“There is only one real misfortune: to forfeit one’s own good opinion of oneself. Lose your complacency, once betray your own self-contempt and the world will unhesitatingly endorse it.” Thomas Mann 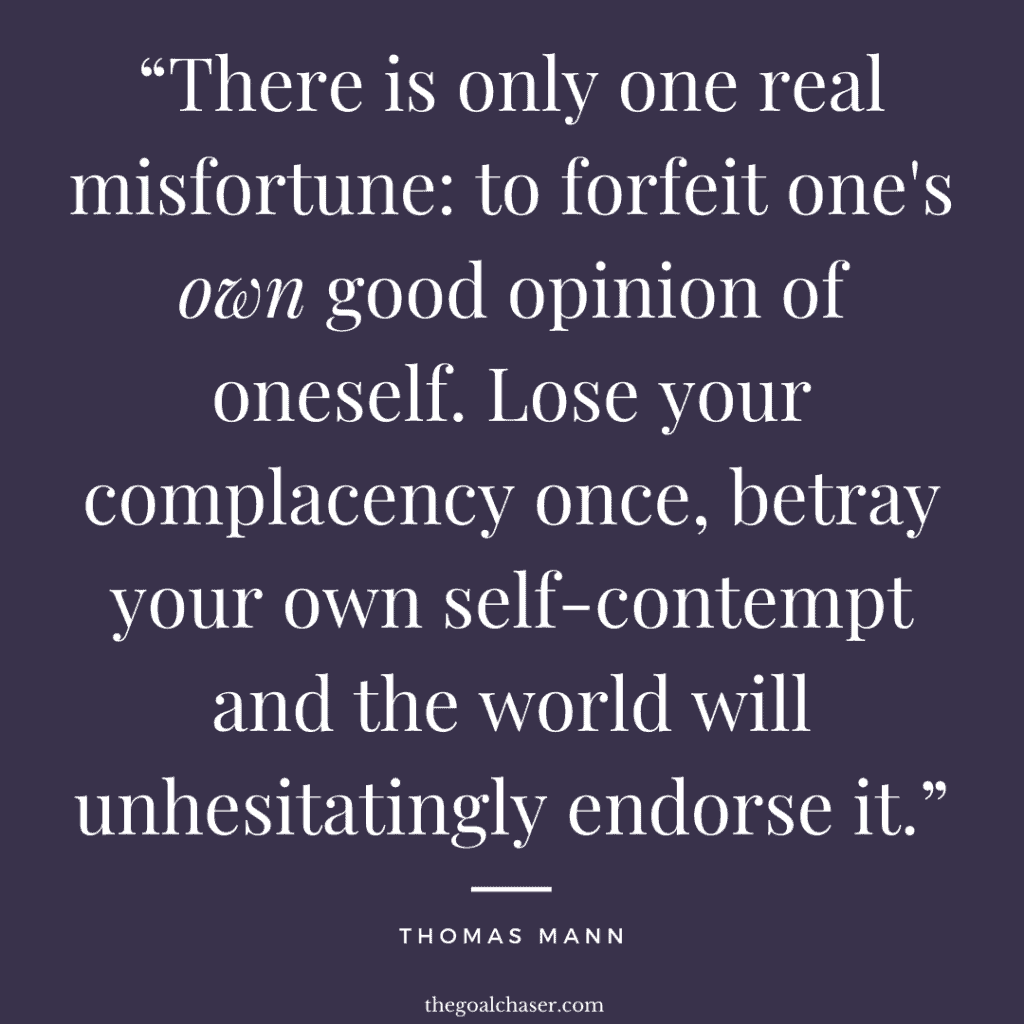 “I care for myself. The more solitary, the more friendless, the more unsustained I am, the more I will respect myself.” Charlotte Brontë

“When admiring other people’s gardens, don’t forget to tend to your own flowers.” Sanober Khan

“There are two kinds of pride, both good and bad. ‘Good pride’ represents our dignity and self-respect. ‘Bad pride’ is the deadly sin of superiority that reeks of conceit and arrogance.” John C. Maxwell

“Everything and anything we communicate to others, communicates to them, how to see us and treat us.” Miya Yamanouchi 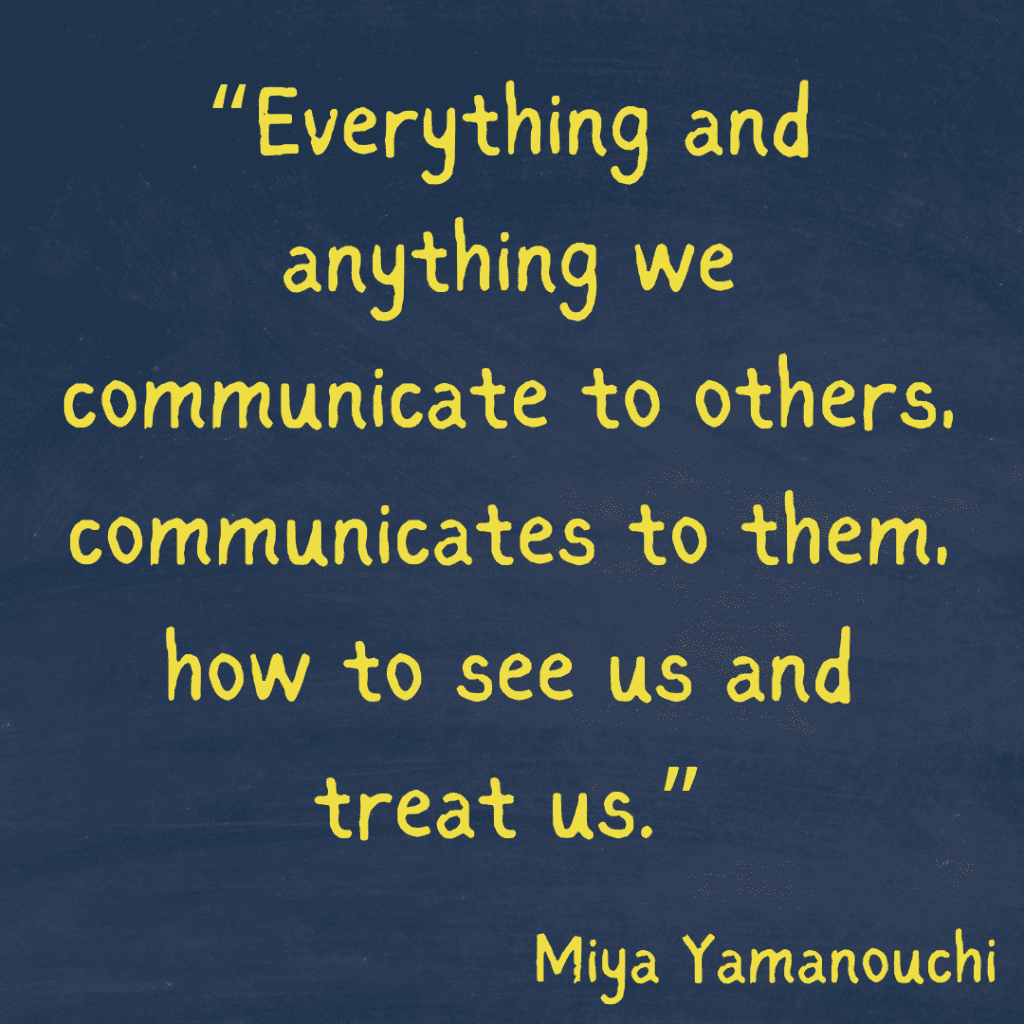 “Self-respect is the root of discipline: The sense of dignity grows with the ability to say no to oneself.” Abraham Joshua Heschel

“They cannot take away our self-respect if we do not give it to them.” Mahatma Gandhi 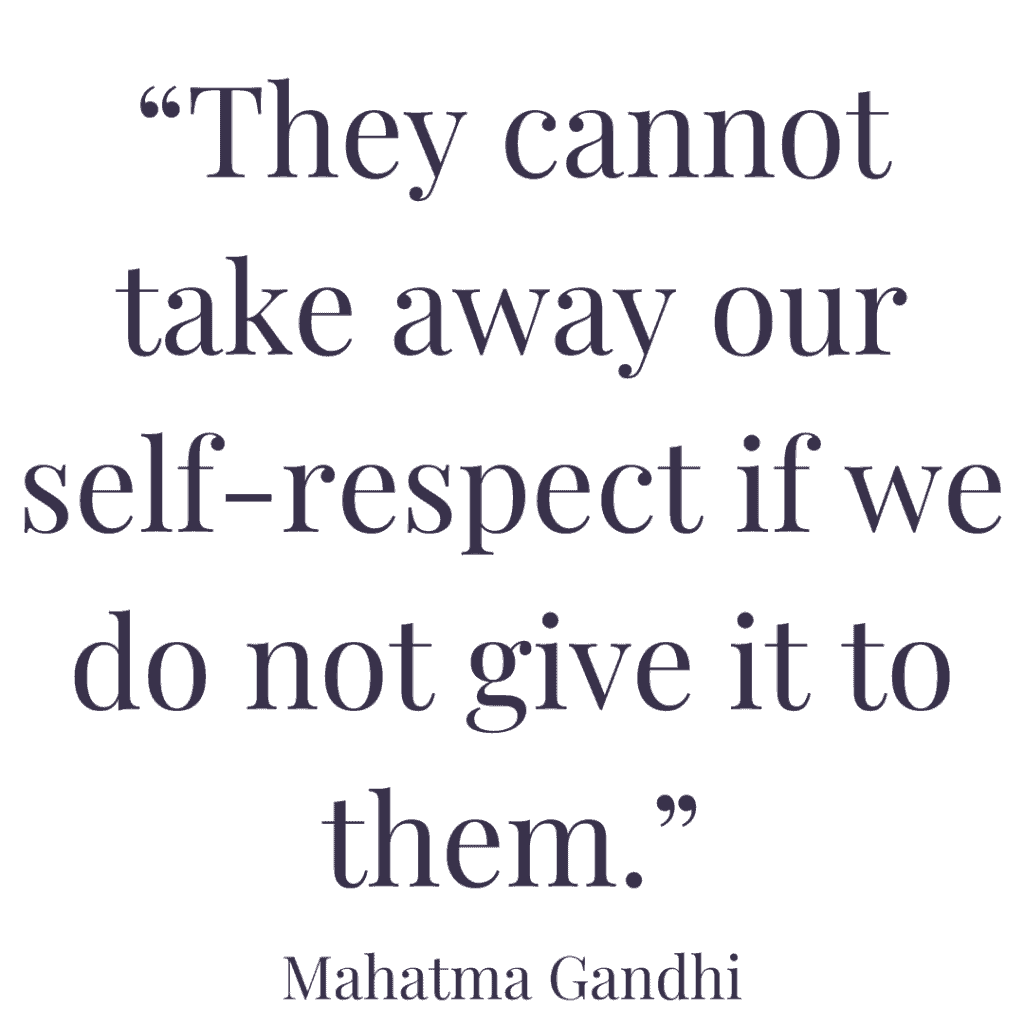 “If you want to be respected by others, the great thing is to respect yourself. Only by that, only by self-respect will you compel others to respect you.” Fyodor Dostoyevsky

“Respect yourself enough to walk away from anything that no longer serves you, grows you, or makes you happy.” Robert Tew 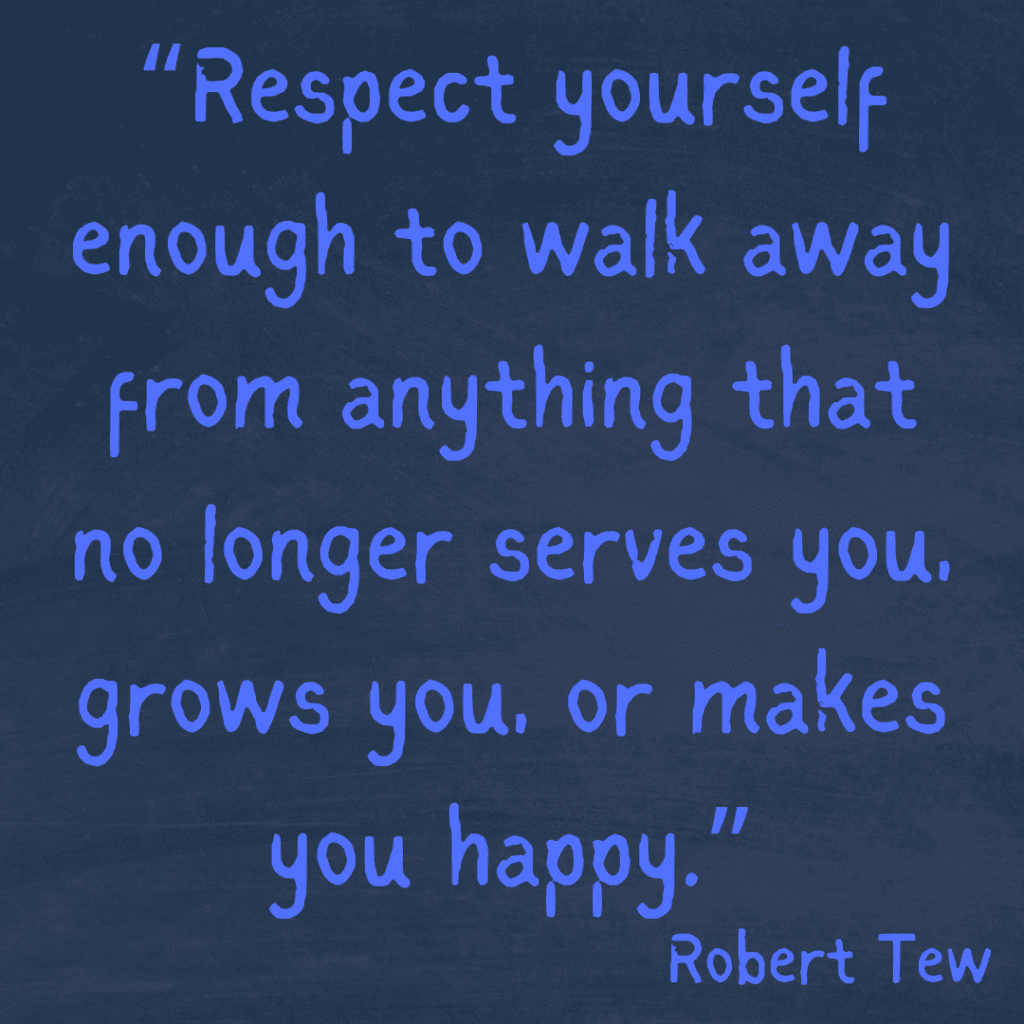 “Respect your efforts, respect yourself. Self-respect leads to self-discipline. When you have both firmly under your belt, that’s real power.” Clint Eastwood

“To free us from the expectations of others, to give us back to ourselves – there lies the great, singular power of self-respect.” Joan Didion

“The greatest thing in the world is to know how to belong to oneself.” Michel de Montaigne

Dignity and Self Respect Quotes

“Responsibility to yourself means refusing to let others do your thinking, talking, and naming for you; it means learning to respect and use your own brains and instincts; hence, grappling with hard work.” Adrienne Rich

“If your compassion does not include yourself, it is incomplete.” Jack Kornfield

“Character — the willingness to accept responsibility for one’s own life — is the source from which self-respect springs.” Joan Didion

“Self-respect is the fruit of discipline; the sense of dignity grows with the ability to say no to oneself.” Abraham Joshua Heschel

“We are all alone, born alone, die alone, and—in spite of True Romance magazines—we shall all someday look back on our lives and see that, in spite of our company, we were alone the whole way. I do not say lonely—at least, not all the time—but essentially, and finally, alone. This is what makes your self-respect so important, and I don’t see how you can respect yourself if you must look in the hearts and minds of others for your happiness.” Hunter S. Thompson

“Dare to love yourself as if you were a rainbow with gold at both ends.” Author-Poet Aberjhani

“Never esteem anything as of advantage to you that will make you break your word or lose your self-respect.” Marcus Aurelius

“One of the greatest regrets in life is being what others would want you to be, rather than being yourself.” Shannon L. Alder

“In yourself right now is all the place you’ve got.” Flannery O’Connor

“Once you embrace your value, talents and strengths, it neutralizes when others think less of you.”  Rob Liano

“The great thing in the world is not so much to seek happiness as to earn peace and self-respect.” Thomas Huxley

An Attitude of Self Respect Quotes

“Self-respect permeates every aspect of your life.” Joe Clark

“Respect for self is the beginning of cultivating virtue in men and women.” Gordon B. Hinckley

“I cannot conceive of a greater loss than the loss of one’s self-respect.” Mahatma Gandhi 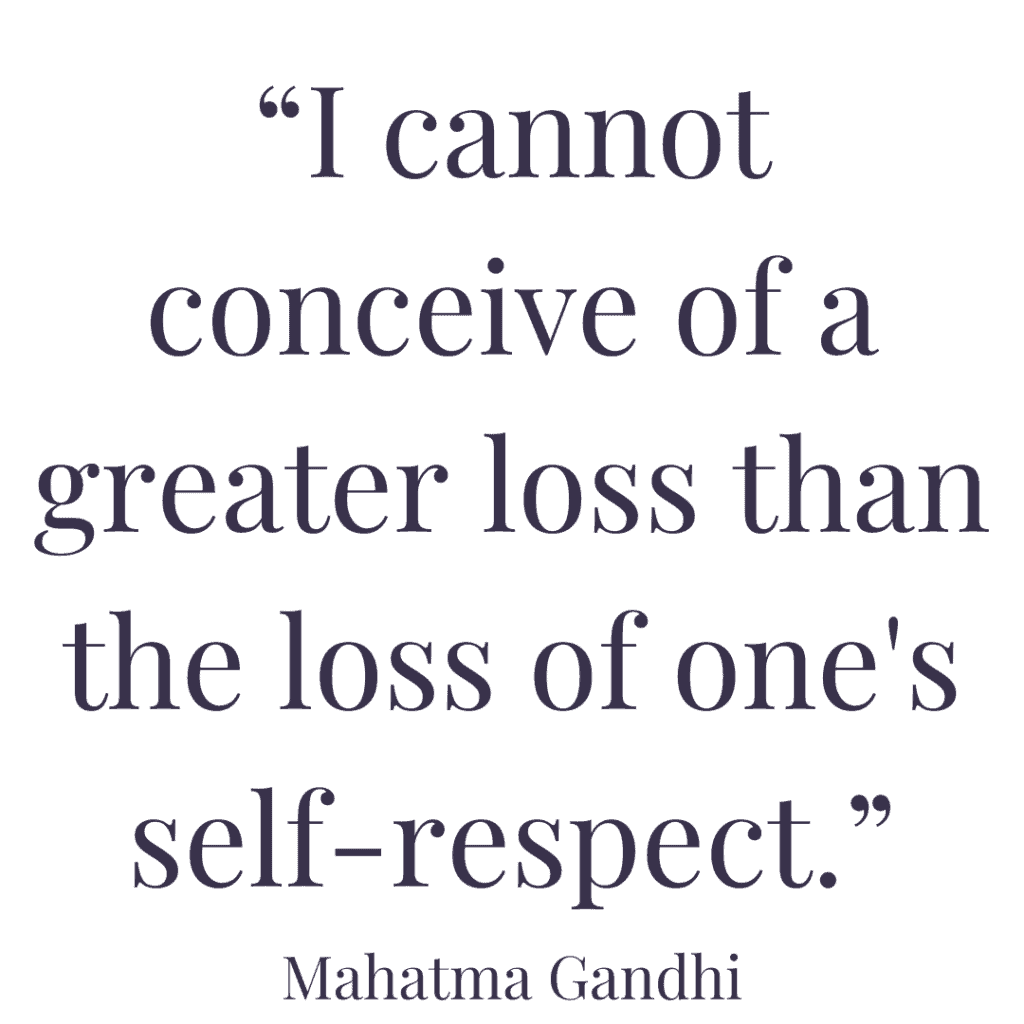 “It’s easy to run to others. It’s so hard to stand on one’s own record. You can fake virtue for an audience. You can’t fake it in your own eyes. Your ego is your strictest judge. They run from it. They spend their lives running. It’s easier to donate a few thousand to charity and think oneself noble than to base self-respect on personal standards of personal achievement. It’s simple to seek substitutes for competence–such easy substitutes: love, charm, kindness, charity. But there is no substitute for competence.” Ayn Rand

“Perhaps the surest test of an individual’s integrity is his refusal to do or say anything that would damage his self-respect.” Thomas S. Monson

“Dare to love yourself as if you were a rainbow with gold at both ends.” Author-Poet Aberjhani

“You will encounter misguided people from time to time. That’s part of life. The challenge is to educate them when you can, but always to keep your dignity and self-respect and persevere in your personal growth and development.” Bernice King

“You punch me, I punch back. I do not believe it’s good for one’s self-respect to be a punching bag.” Ed Koch

“No man who is occupied in doing a very difficult thing, and doing it very well, ever loses his self-respect.” George Bernard Shaw

“Martin Luther King and Gandhi were not people who failed in self-respect. They were people of hope and great courage, and their courage was disciplined.” Martha Nussbaum

Building our self-respect and self-esteem is paramount to a happy, healthy and fulfilled life. For more inspirational quotes on the topic, be sure to check out: