The following collection of Neville Goddard quotes and affirmations are powerful and inspiring.

If you are into the power of thought, positive thinking, and the law of attraction, then you have probably heard of Neville Goddard.

You don’t have to search around long to find out more about Neville Goddard, and his thoughts on ‘the law’, ‘the promise’, ‘living in the end’, ‘the law of assumption’ and generally what many now know as ‘the law of attraction’ type thinking.

Who was Neville Goddard?

Neville Lancelot Goddard (1905-1972) was the author of many works, including ‘At Your Command‘ and ‘Feeling Is The Secret‘.

He was an advocate of using mental processes to bring about desires and believed that all people are co-creators with an all-powerful, universal ‘law’ that is not limited by time or space.

What did Neville Goddard Believe?

Goddard was a student and teacher of the New Thought Movement which began in the late 19th century. The central teaching of this movement is that individuals can change their personal world through the focused use of one’s mind or imagination.

In particular, he had a strong belief in the role that imagination plays in realizing the life that you desire, living in joy and truly feeling ‘as if’ and belief in your ultimate desire.

The sayings go that Neville Goddard shared his thought theory in lectures and publishing, all for free. And while admired for this, he was (and still is) widely condemned for his belief in God and the Bible. Instead, Neville Goddard was said to have believed that the Bible was a series of stories and that instead of an external God, that each individual is their own powerful creator.

Interesting stuff if you have hours to kill. Or enjoy winding people up at dinner parties.

But back to the quotes.

You will notice a strong overtone of the following: imagination, subconscious, desire, feeling, thoughts, joy, belief.

While I do encourage you to look further into his spiritual thoughts, here is a great collection of quotes from him that will give you a great idea of his thought beliefs, and are great to use in affirmations or to help you on your own path of bringing forward your desired states. 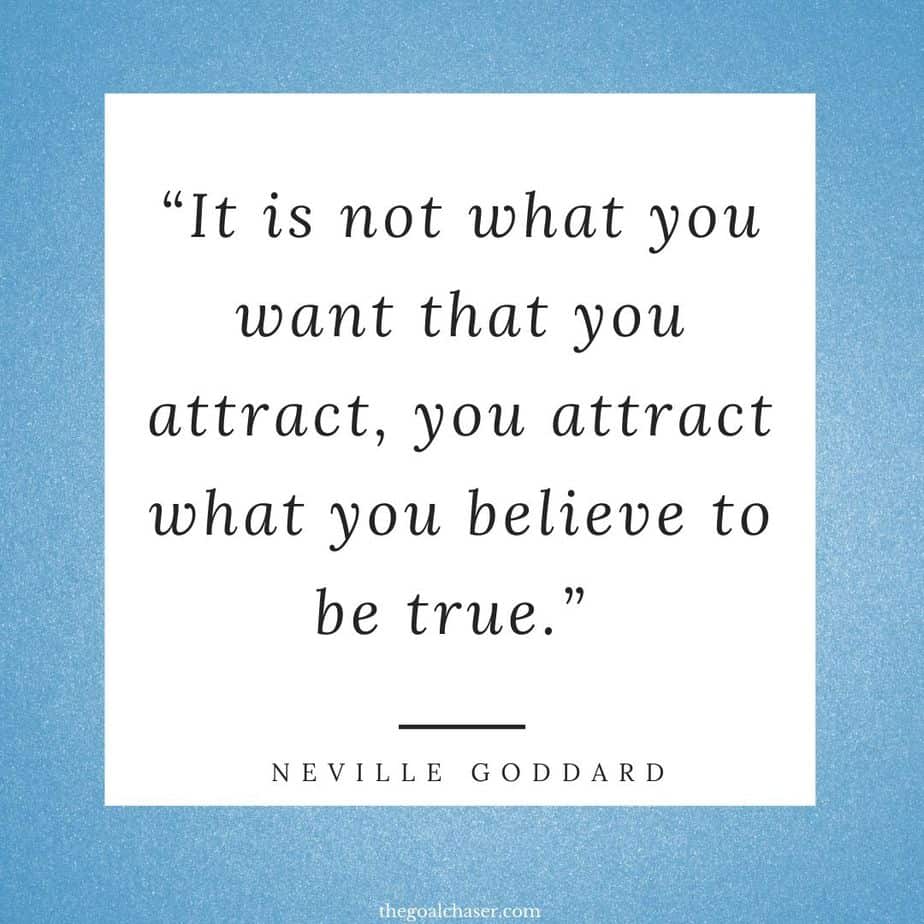 “Become aware of what you are thinking, and you will recognize a law between your mood and your surrounding circumstances.” Neville Goddard 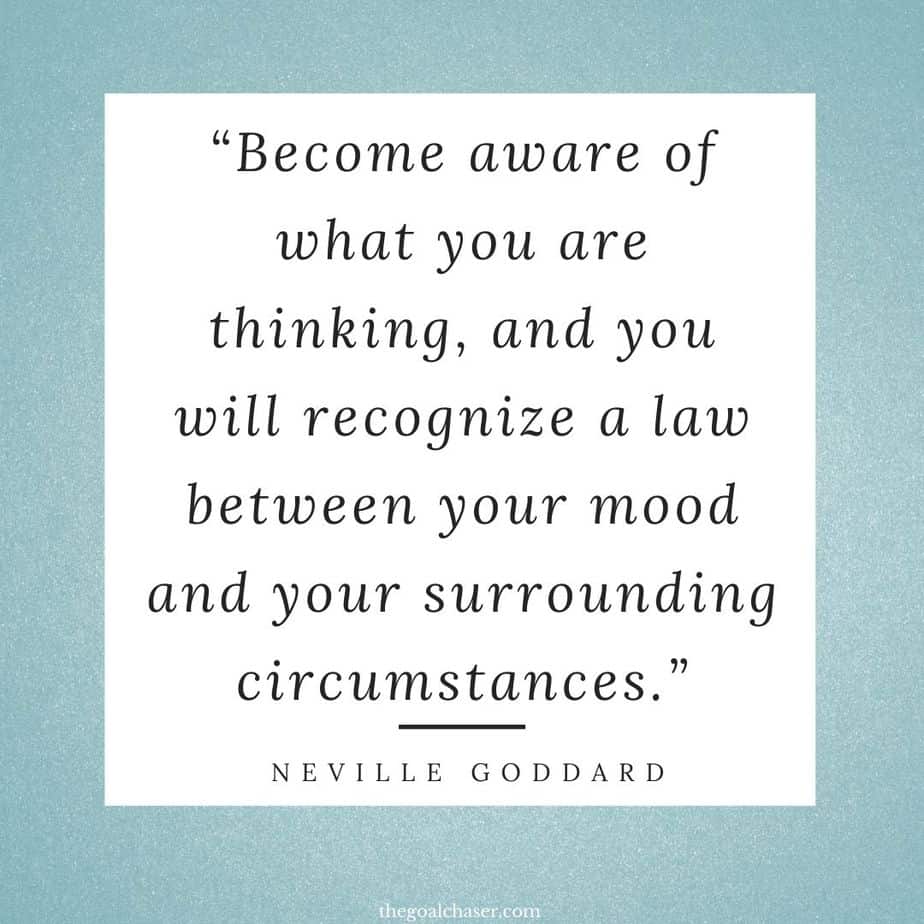 “You are already that which you want to be, and your refusal to believe it is the only reason you do not see it.” Neville Goddard 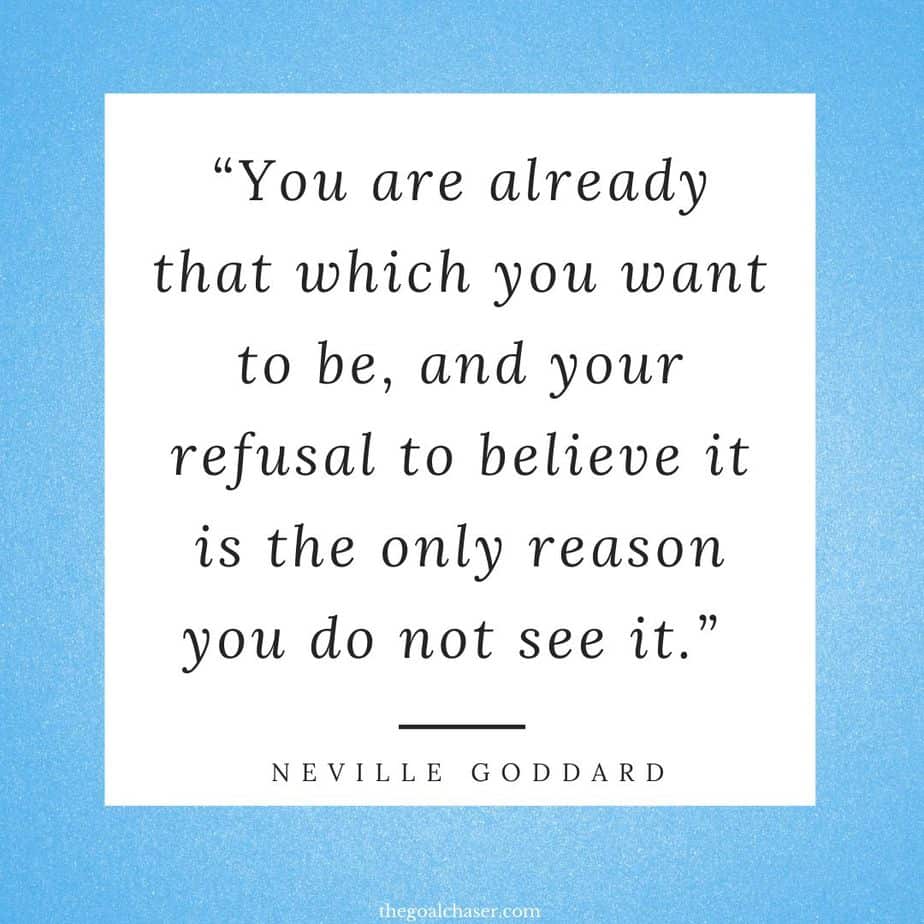 “Your opinion of yourself is your most important viewpoint. You are infinitely greater than you think you are.” Neville Goddard 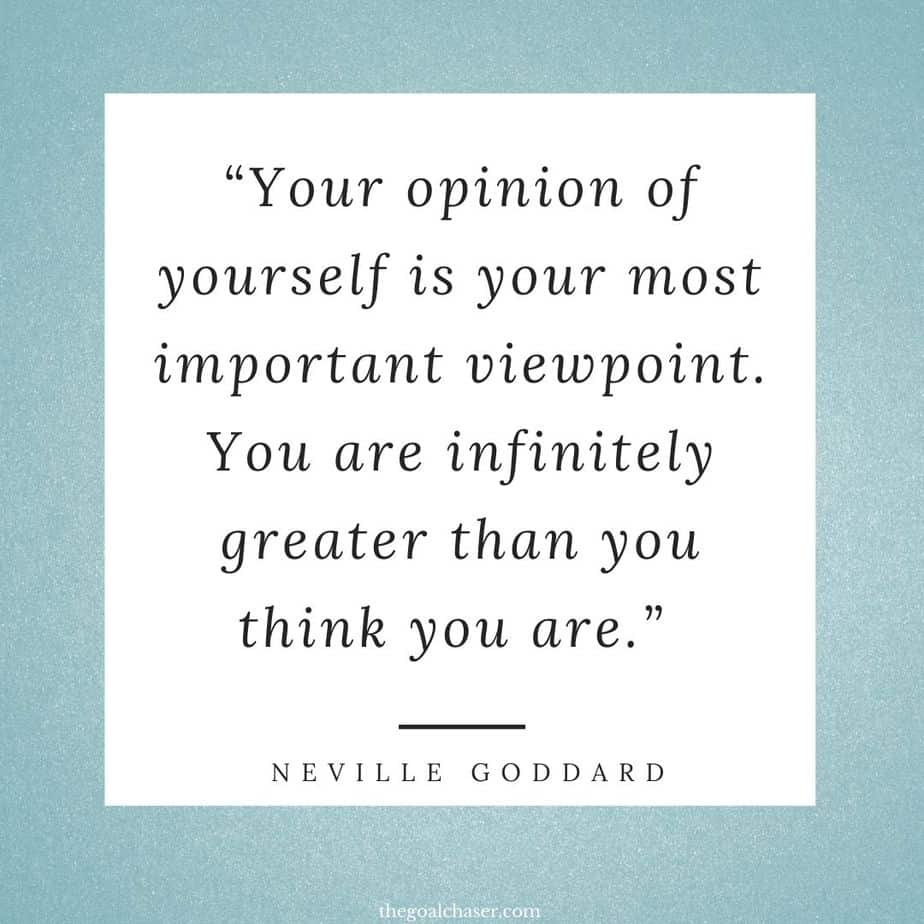 “Each person is born with an infinite power, against which no earthly force is of the slightest significance.” Neville Goddard 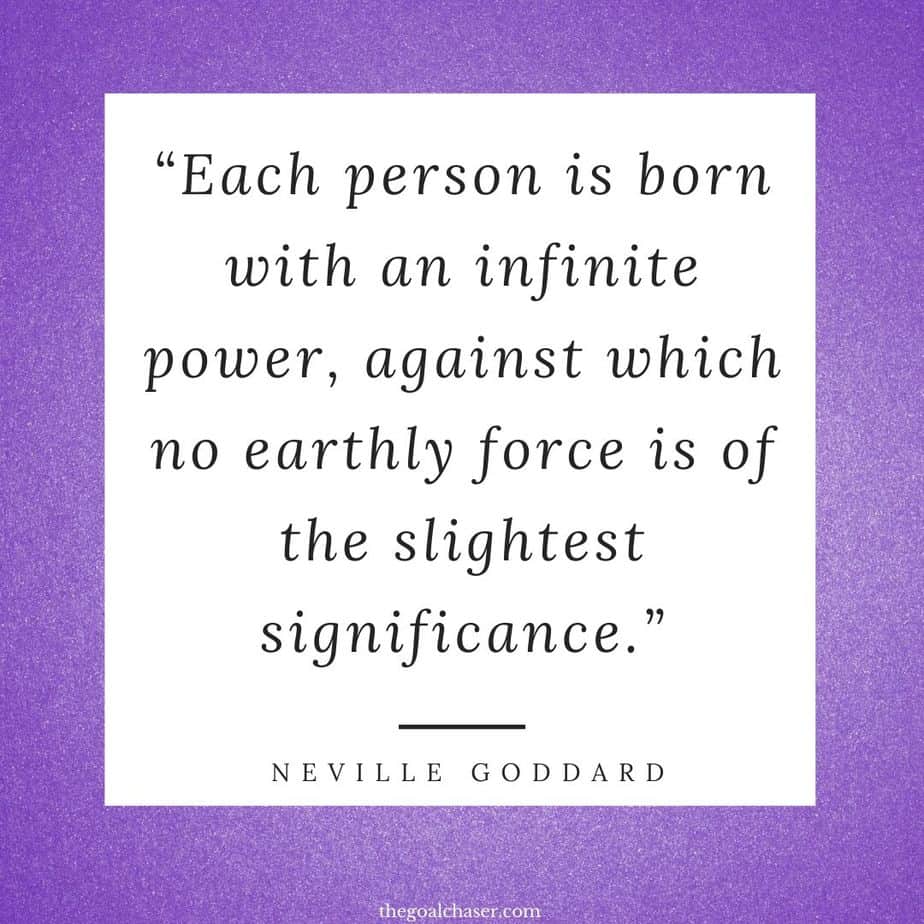 “Nothing comes from without, all things come from within – from the subconscious”. Neville Goddard 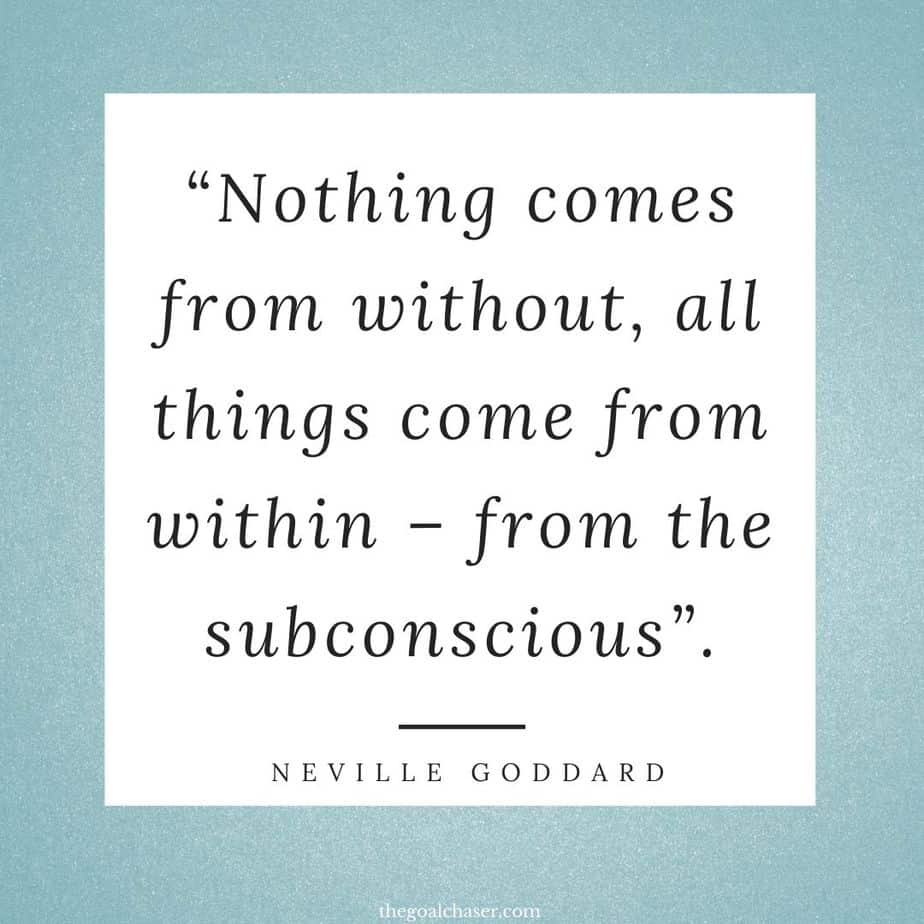 “If you will assume your desire and live there as though it were true, no power on earth can stop it from becoming a fact.” Neville Goddard 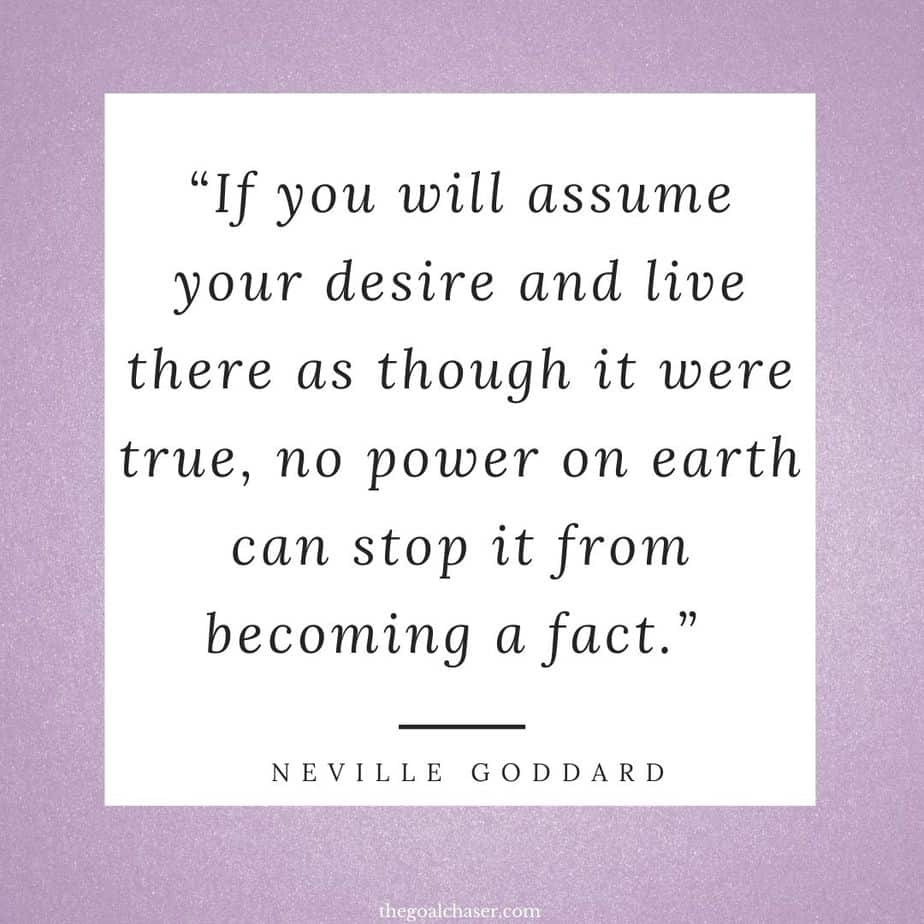 “An awakened imagination works with a purpose. It creates and conserves the desirable and transforms or destroys the undesirable.” Neville Goddard 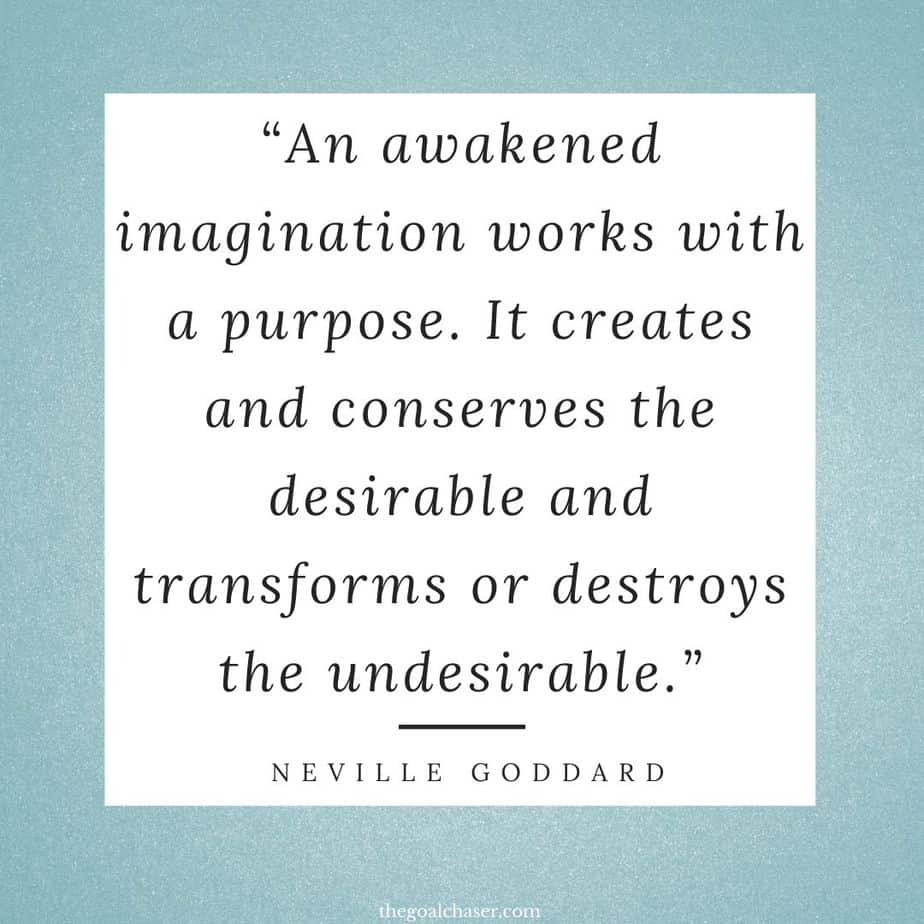 Quotes From Neville Goddard on Manifesting Your Desires

“I know this much, if you believe to the point of acceptance, life will be marvellous for you, perfectly wonderful for this is the one secret in the world that everyone should aspire to solve.” Neville Goddard 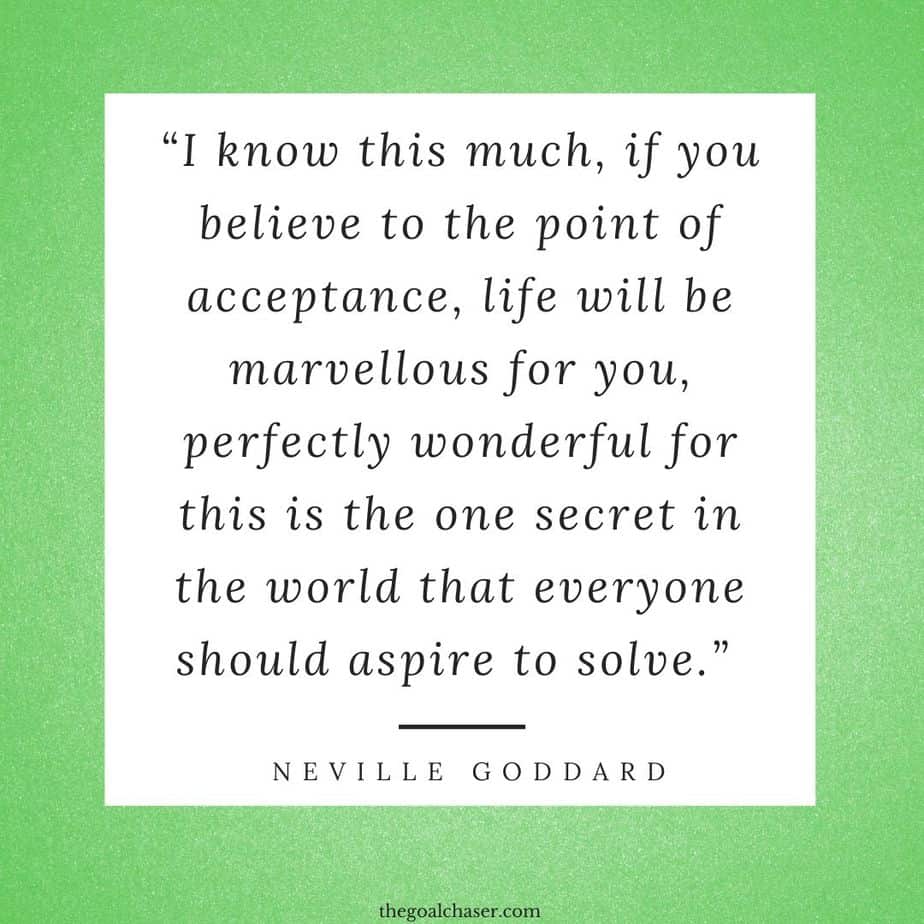 “Assume the feeling of your wish fulfilled and observe the route that your attention follows.” Neville Goddard 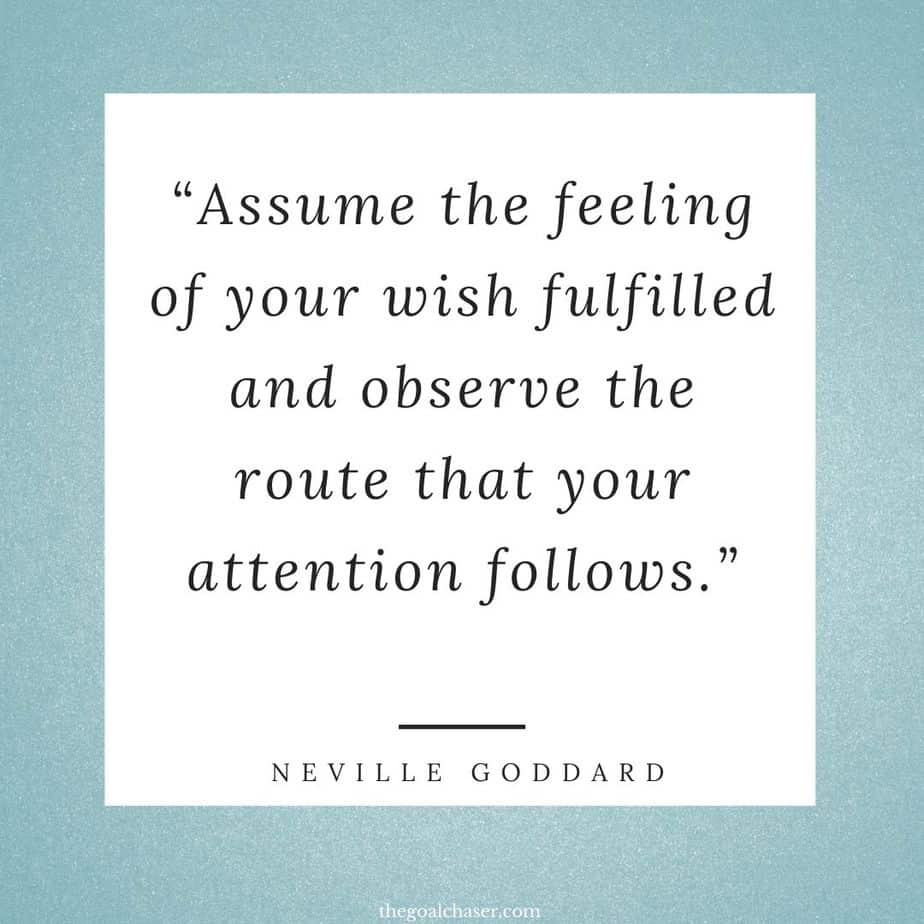 “Man moves in a world that is nothing more or less than his consciousness objectified.” Neville Goddard 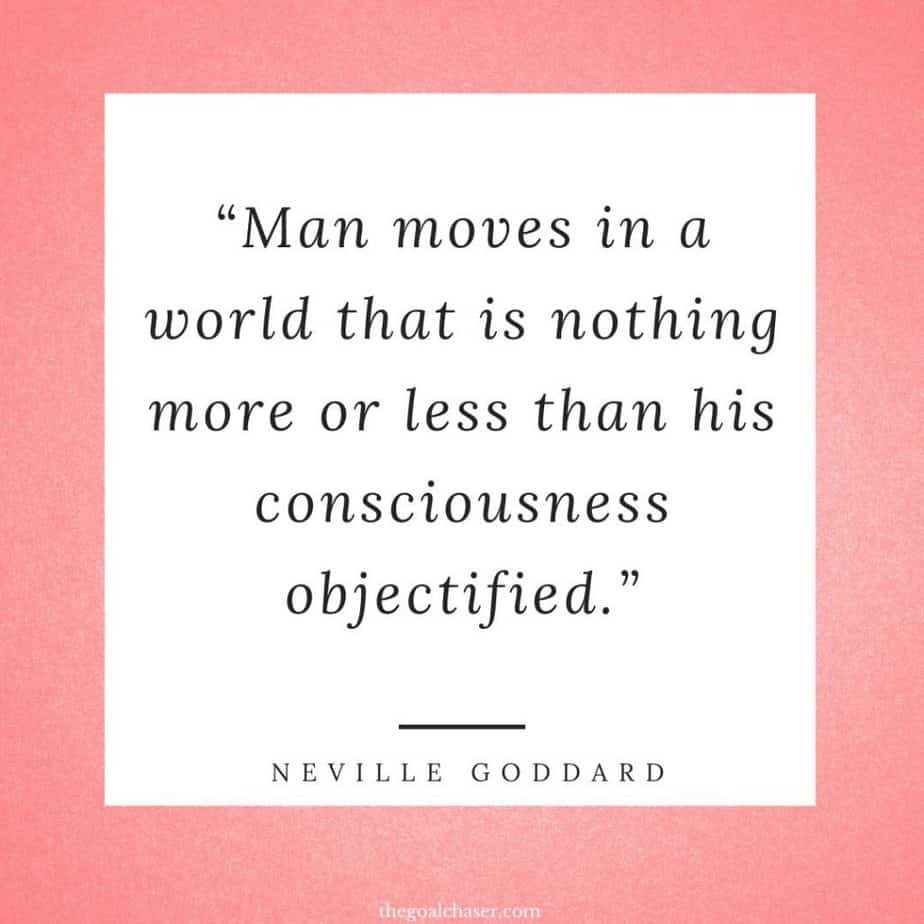 “Change your conception of yourself and you will automatically change the world in which you live. Do not try to change people; they are only messengers telling you who you are. Revalue yourself and they will confirm the change.” Neville Goddard 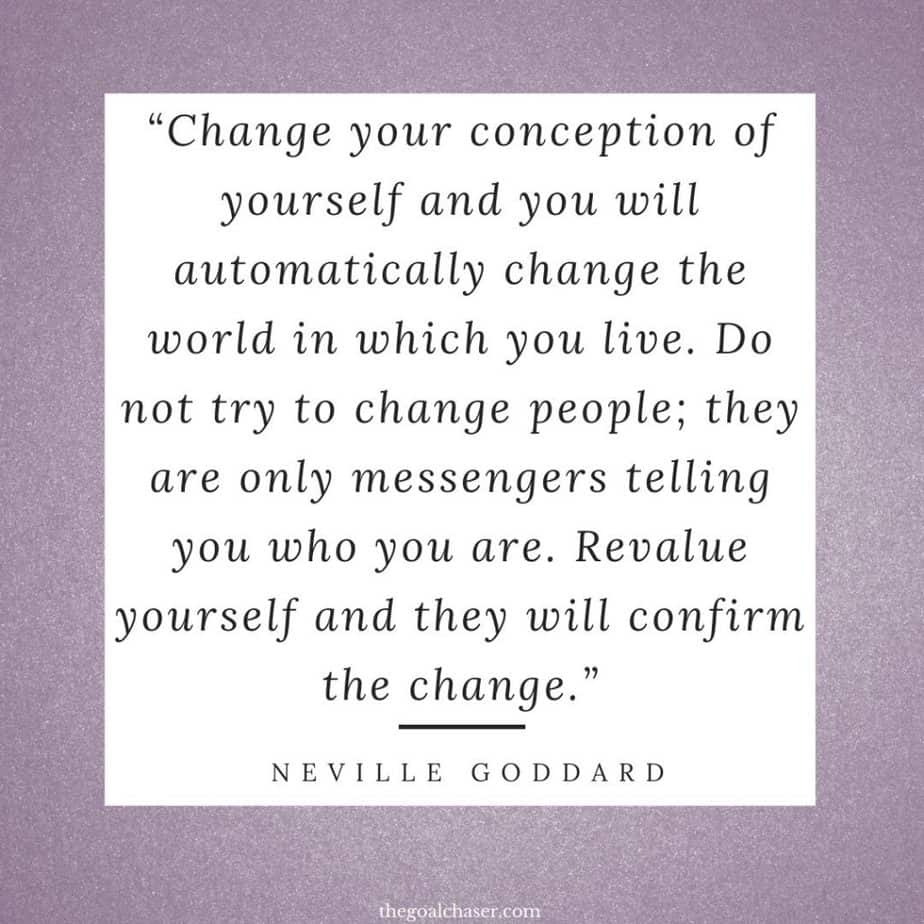 “Don’t condemn yourself for the state into which you have fallen. If you do not like it, move into another.” Neville Goddard 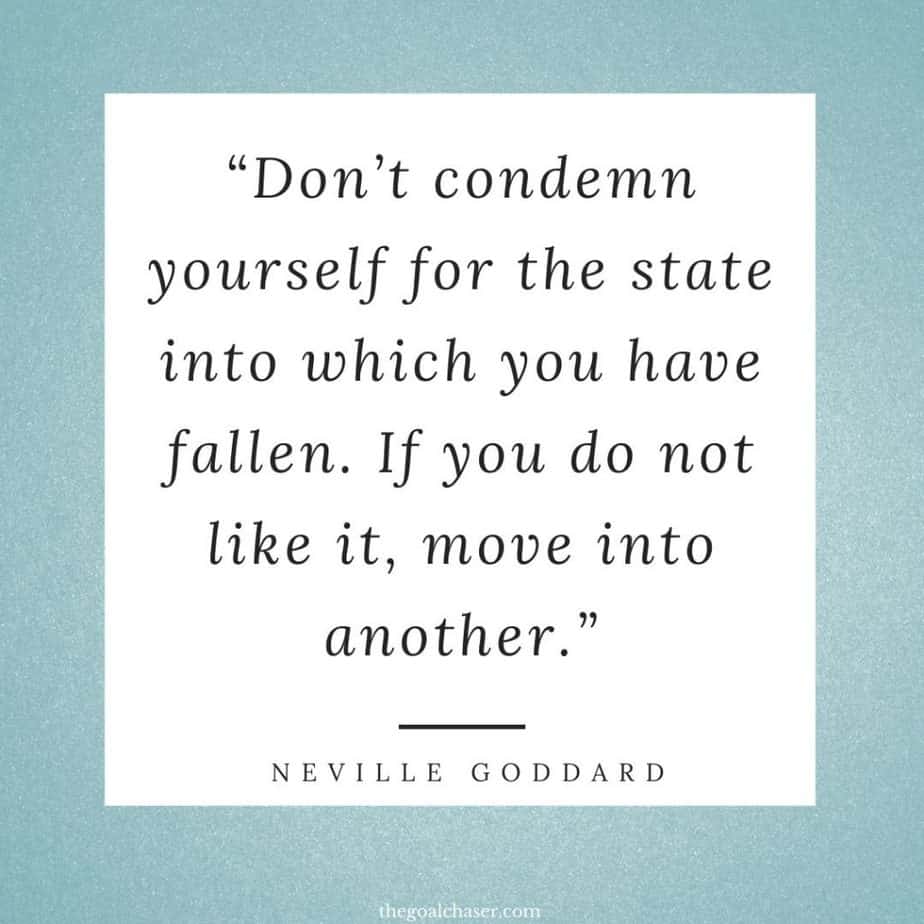 “I will be” is a confession that “I am not”. The Father’s will is always “I AM.” Until you realize that YOU are the Father (there is only one I AM, and your infinite self is that I AM), your will is always “I will be.” Neville Goddard 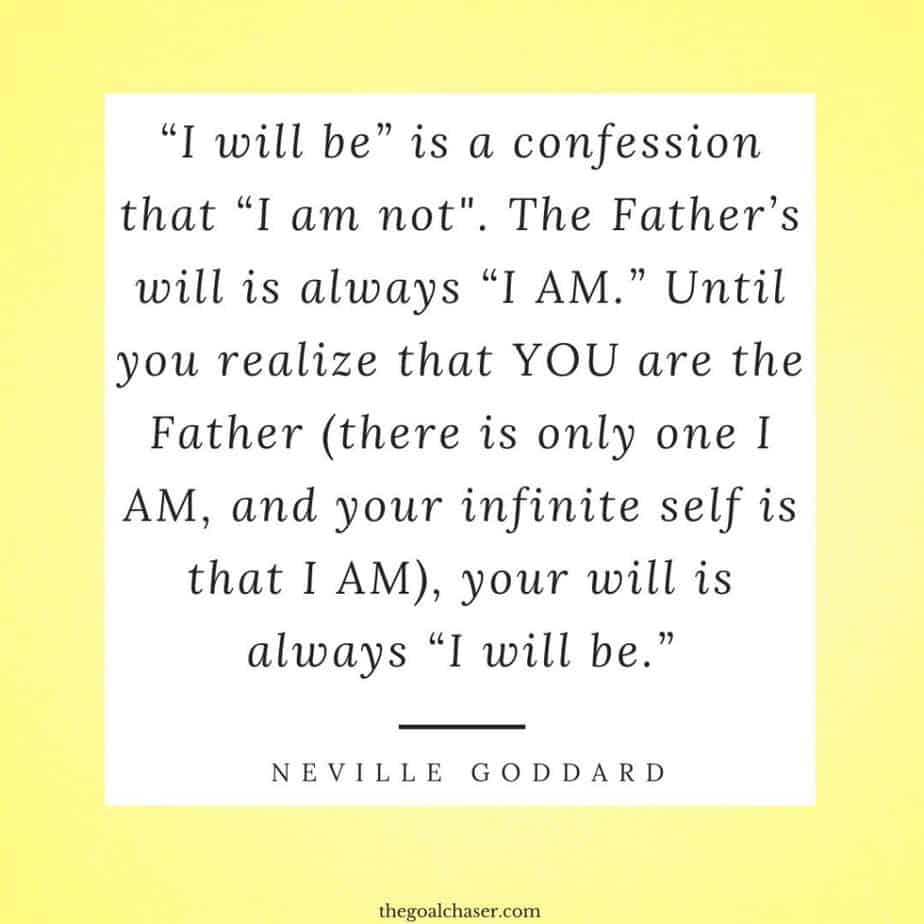 “Simply dare to assume you are what you want to be, and you will compel everyone to play their part.” Neville Goddard 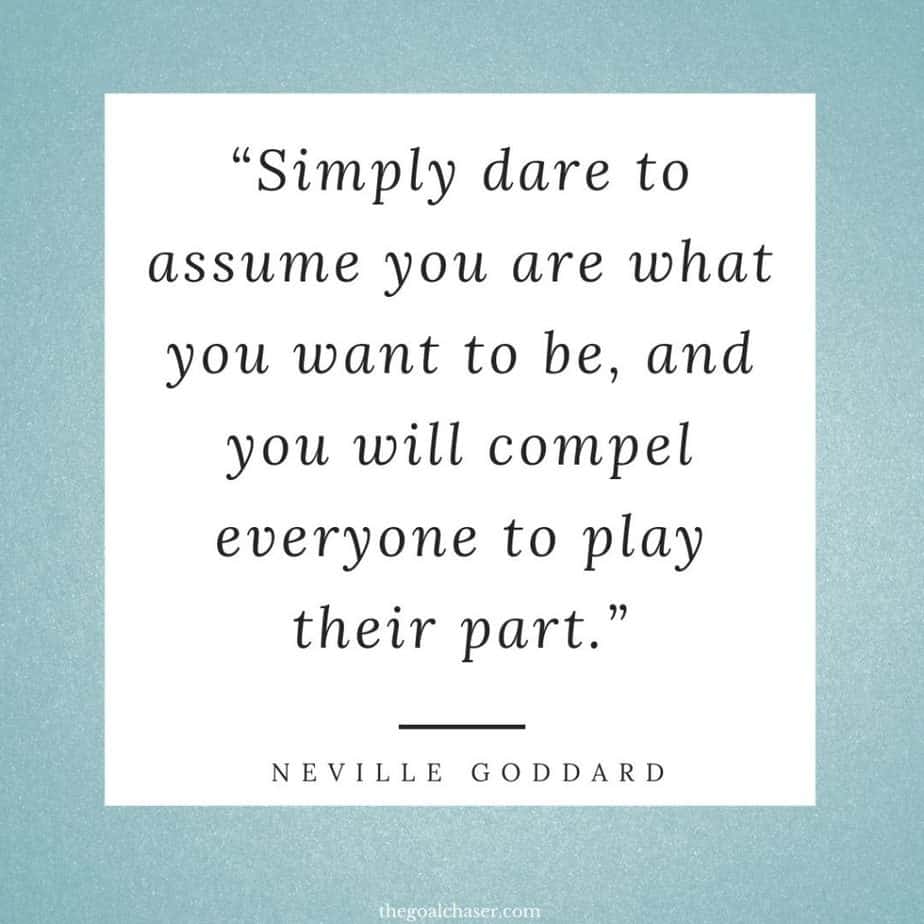 “For life makes no mistakes and always gives man that which man first gives himself.” Neville Goddard 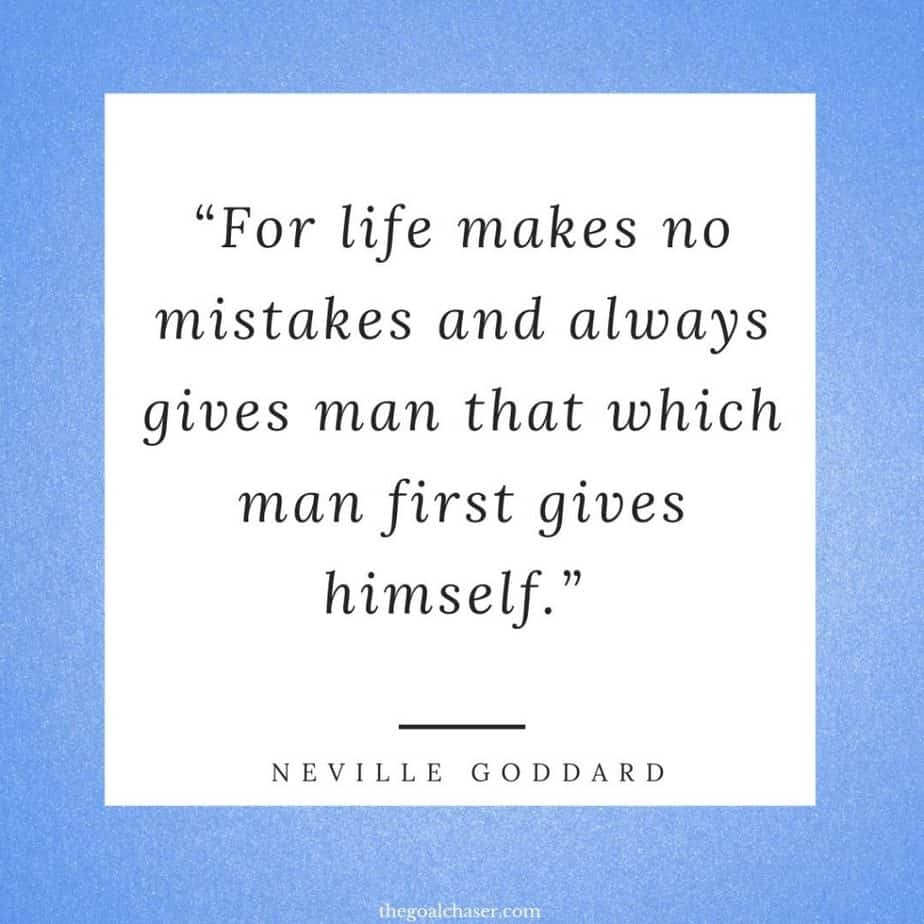 “Do not go seeking for that which you are.” Neville Goddard 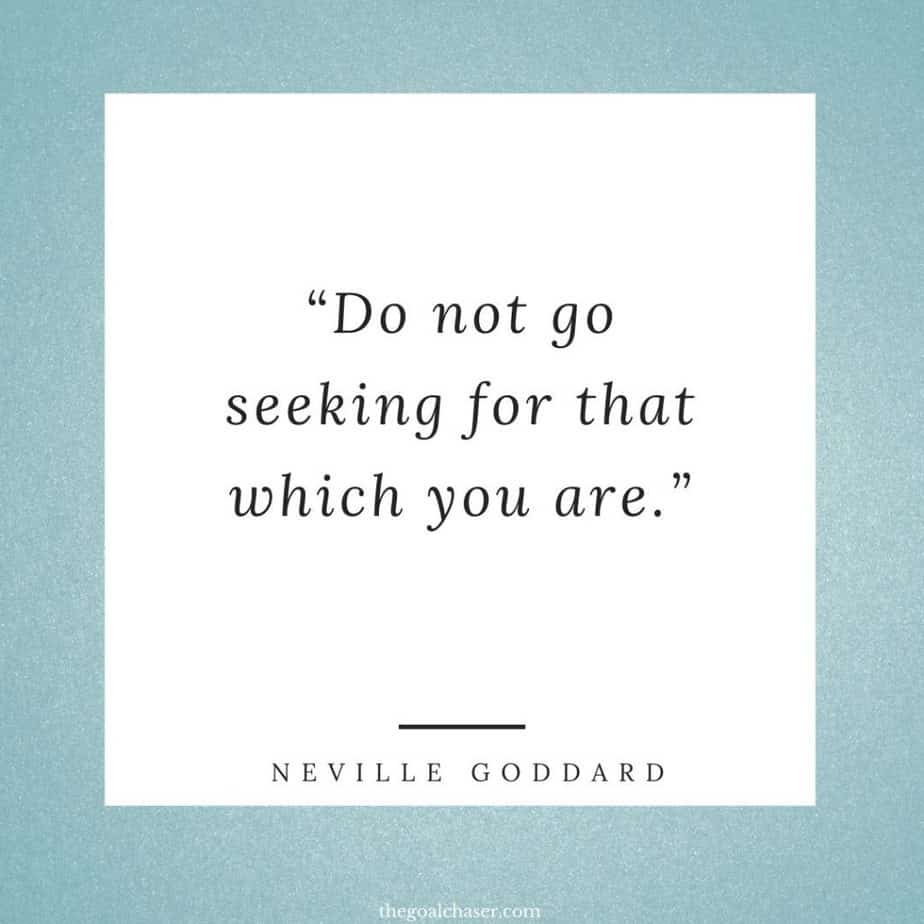 “Imagination and faith are the secrets of creation.” Neville Goddard 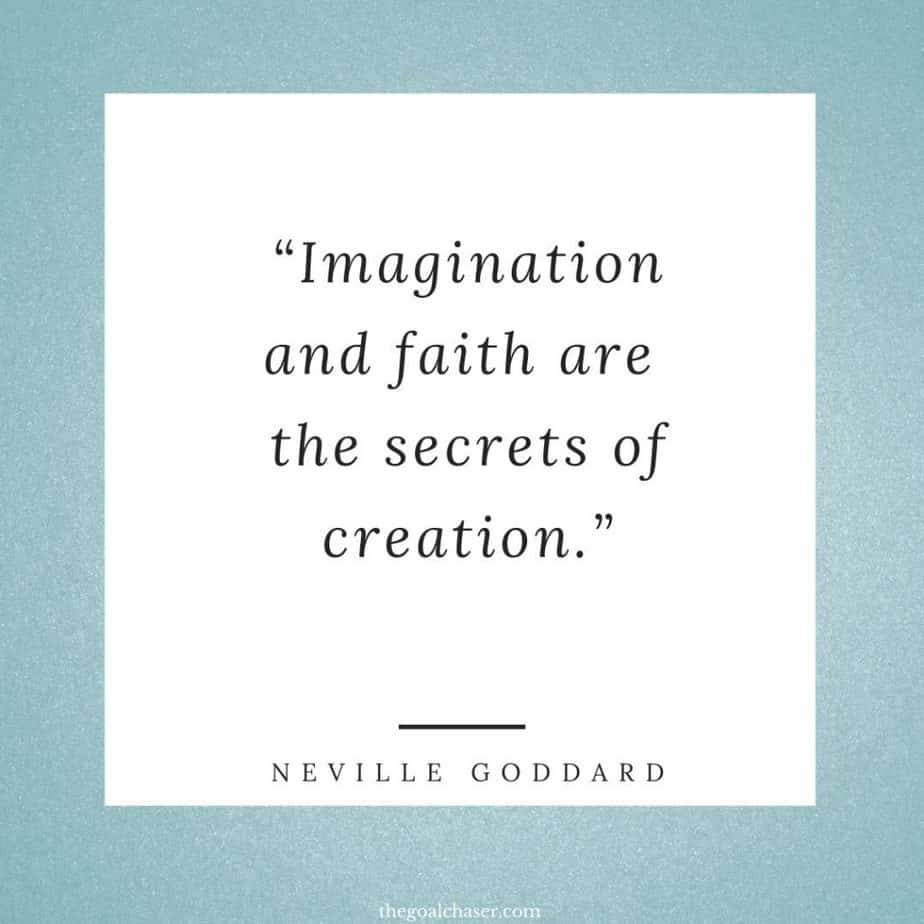 “When you drop your desire in consciousness as a seed, confident that it shall appear in its full-blown potential, you have done all that is expected of you. To be worried or concerned about the manner of their unfoldment is to hold these fertile seeds in a mental grasp and, therefore, to prevent them from really maturing to full harvest.” Neville Goddard 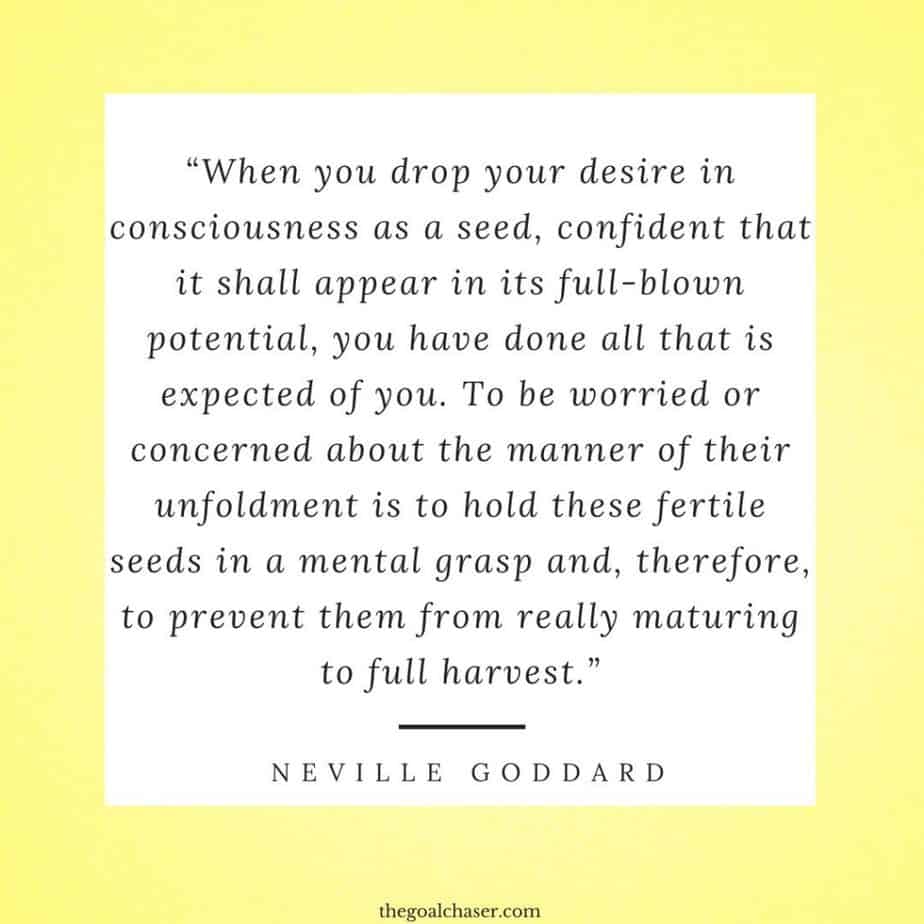 “To desire a state is to have it.” Neville Goddard 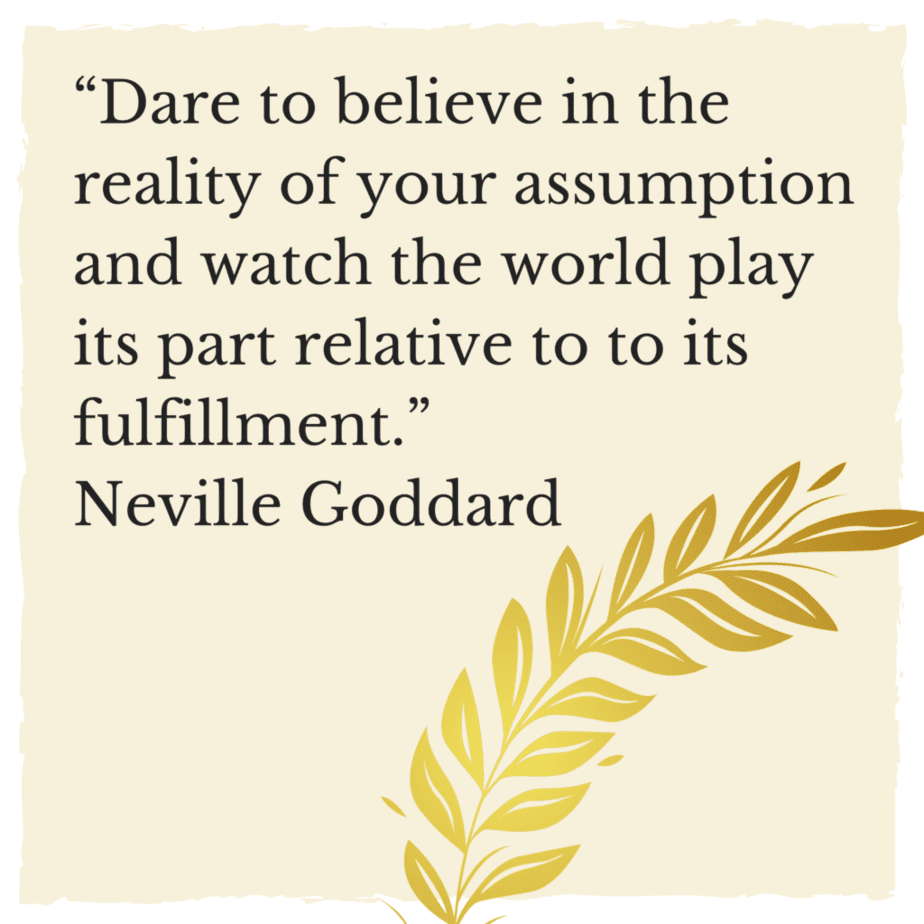 “Dare to believe in the reality of your assumption and watch the world play its part relative to to its fulfillment.” Neville Goddard

“If a man looks upon any other man and estimates that man as less than himself, then he is stealing from the other. He is stealing the other’s birthright – that of equality.”
Neville Goddard

“Assume the feeling of your wish fulfilled and observe the route that your attention follows.” Neville Goddard 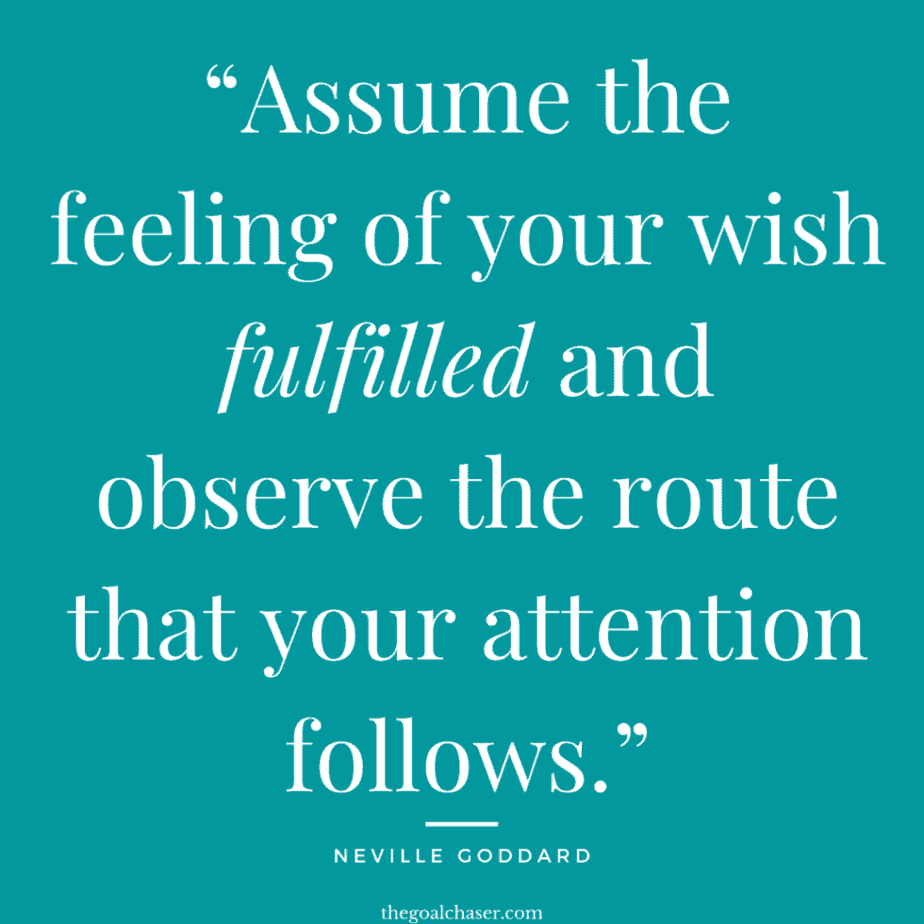 “To be conscious of being poor while praying for riches is to be rewarded with that which you are conscious of being, namely, poverty. Prayers to be successful must be claimed and appropriated. Assume the positive consciousness of the thing desired.” Neville Goddard

“The world is a mirror, forever reflecting what you are doing, within yourself.” Neville Goddard 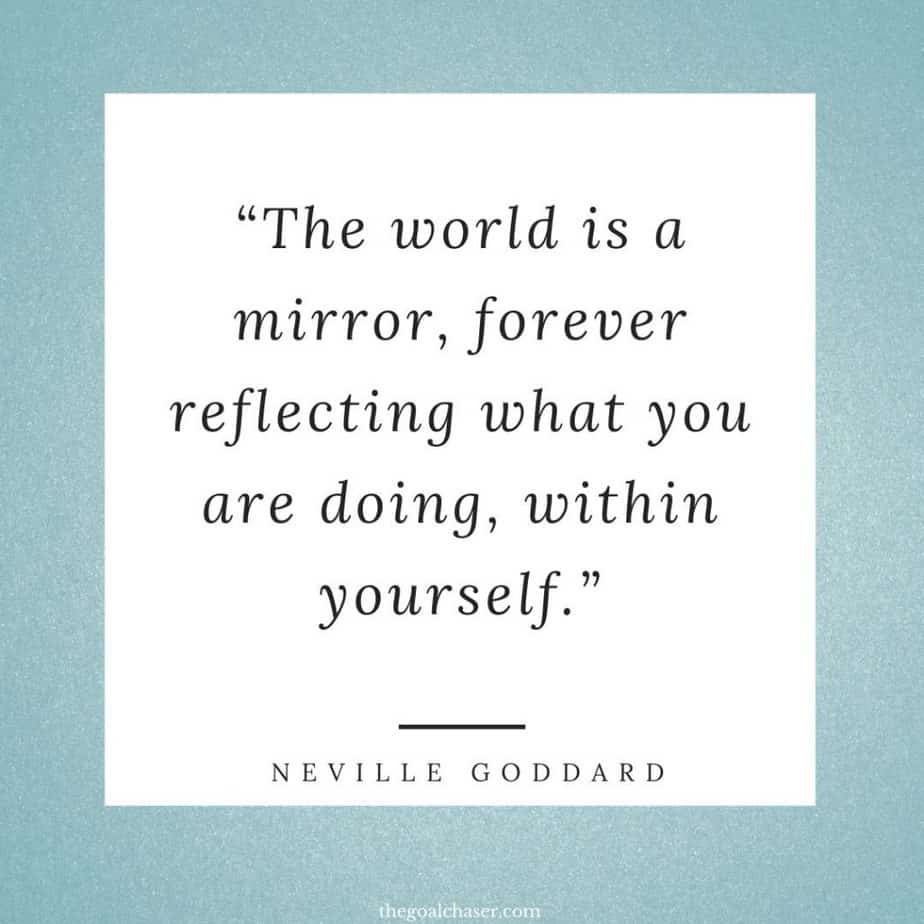 “To reach a higher level of being, you must assume a higher concept of yourself.” Neville Goddard 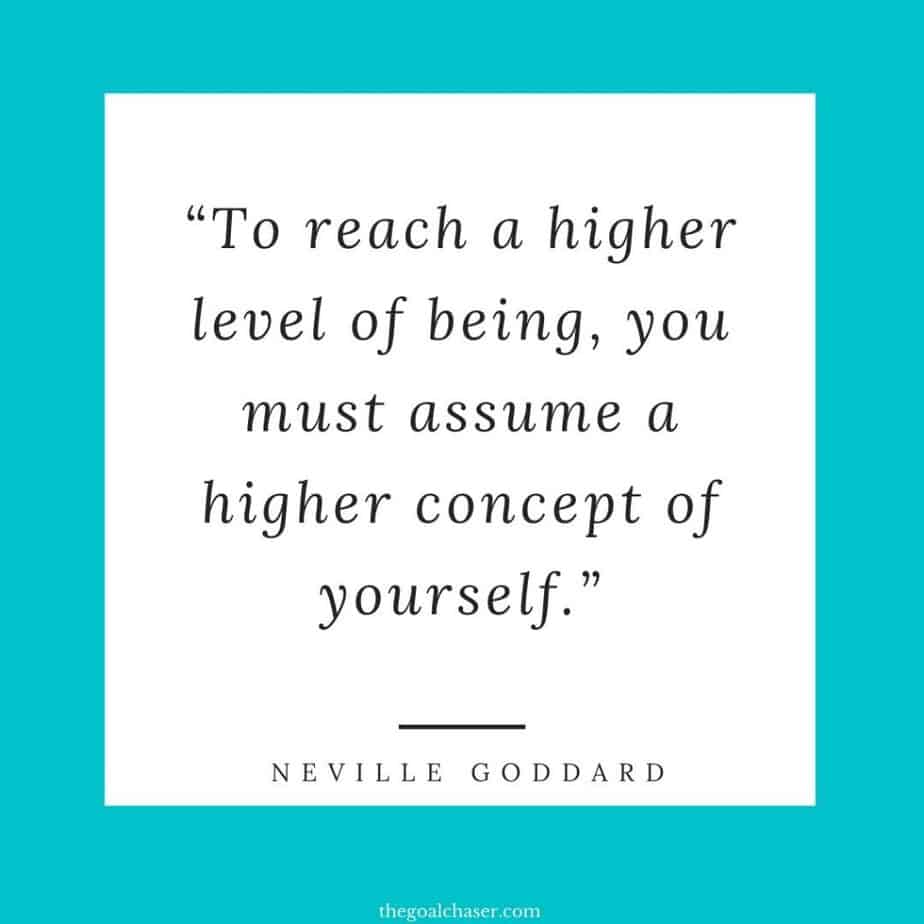 “You must be in the consciousness of being or having that which you want to be or to have before you drop off to sleep. Once asleep, man has no freedom of choice. His entire slumber is dominated by his last waking concept of self.” Neville Goddard 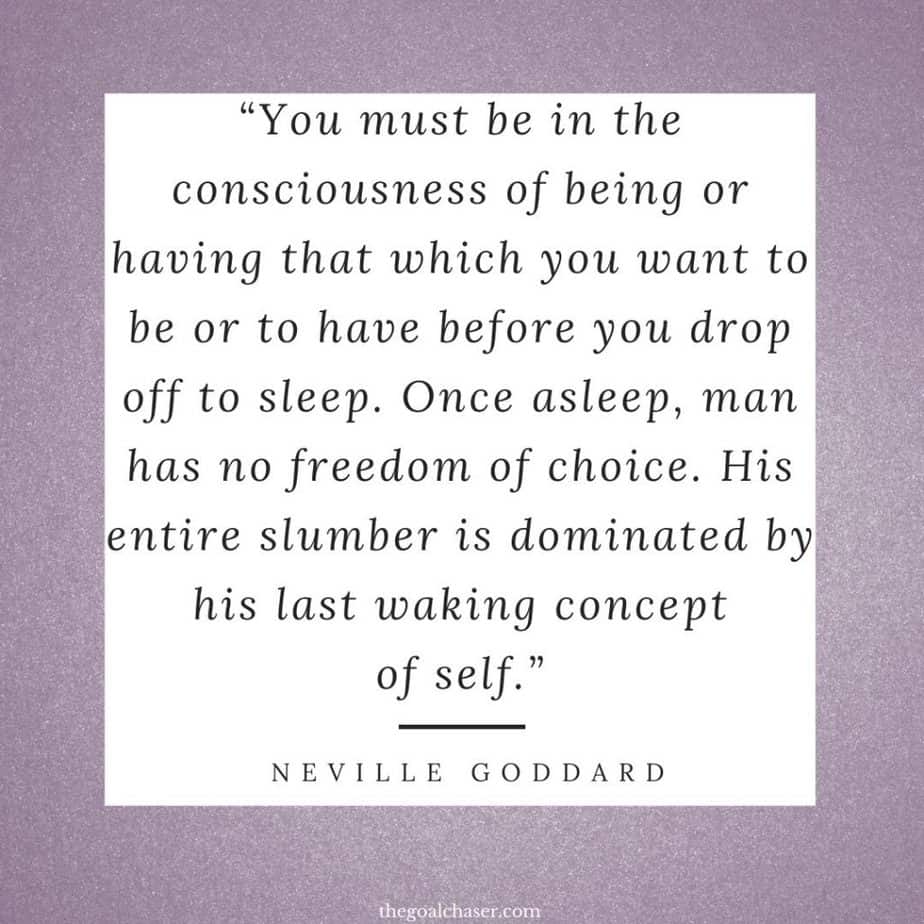 “I AM wealthy, poor, healthy, sick, free, confined were first of all impressions or conditions felt before they became visible expressions. Your world is your consciousness objectified. Waste no time trying to change the outside; change the within or the impression; and the without or expression will take care of itself. When the truth of this statement dawns upon you, you will know that you have found the lost word or the key to every door. I AM (your consciousness) is the magical lost word which was made flesh in the likeness of that which you are conscious of being.” Neville Goddard

“Capture the feeling associated with your realized wish by assuming the feeling that would be yours were you already in possession of the thing you desire, and your wish will objectify itself.” Neville Goddard 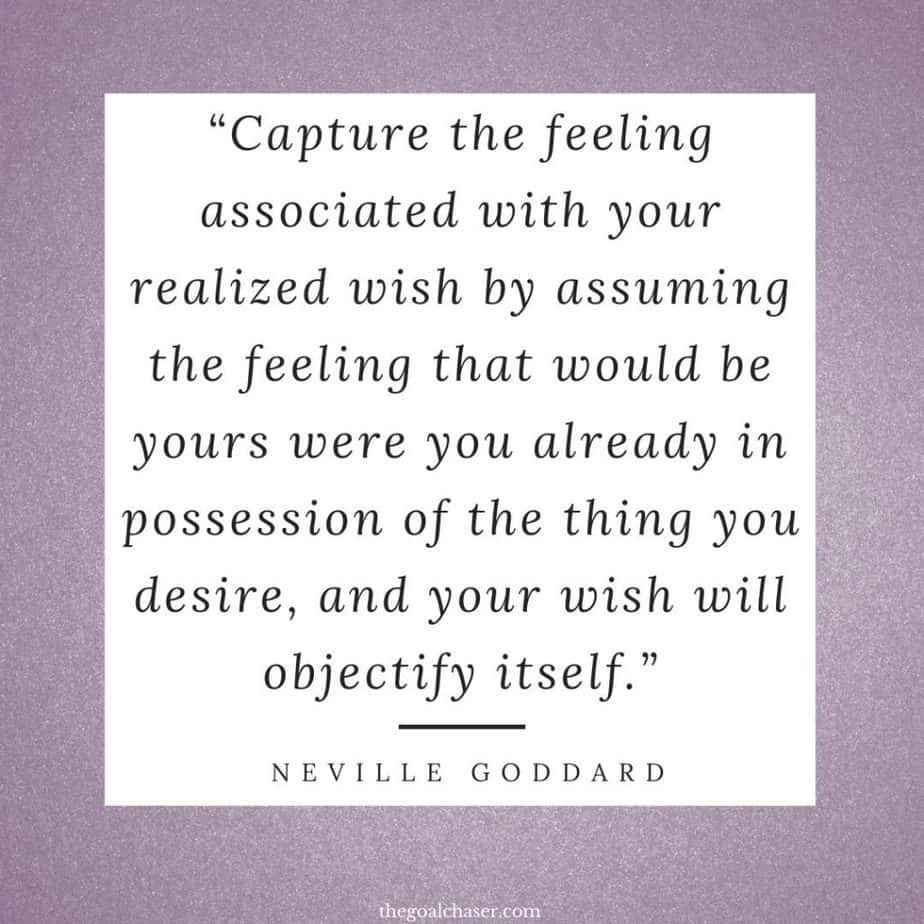 “Do not waste one moment in regret, for to think feelingly of the mistakes of the past is to re-infect yourself.” Neville Goddard 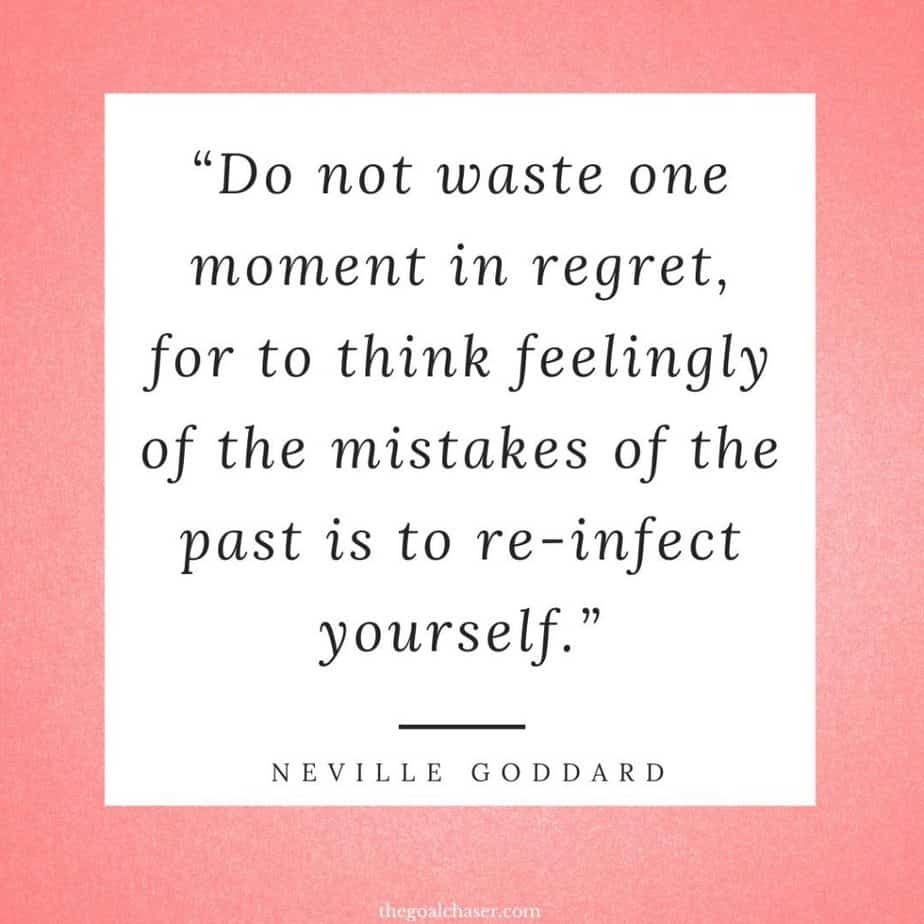 Goddard’s teachings continue to be popularized through the work of individuals like Bob Proctor , Wayne Dyer, Joseph Murphy whose books on success, positive thinking and other personal development concepts sold millions of copies in recent decades.

If you’re looking for more practical ways to implement the Neville Goddard techniques, then check out the following video:

Be sure to check out the great Neville Goddard reddit threads also! Lots of great inspiration and success stories here!