Fate can be defined as a power or force that predetermines and controls events.

It’s often thought of as a preordained path that is beyond our control and that we’re powerless to change it.

There is, however, much debate surrounding the concept of fate. 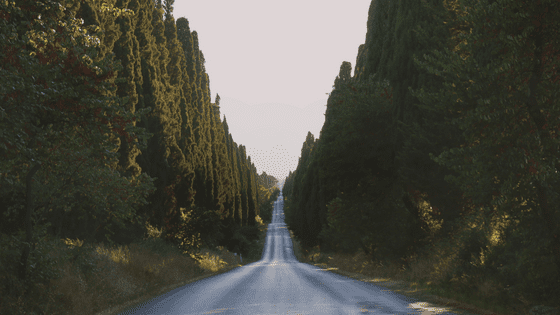 Some believe that our lives are predetermined by a higher power, while others believe that we have the power to control our own destiny.

Regardless of which side you fall on, it’s difficult to deny that there are certain events in life that seem to be beyond our control. Whether it’s a natural disaster, a serious illness, or even just a string of bad luck, there are times when it feels like the universe is against us.

This can be frustrating and even scary, but it’s important to remember that these hardships don’t last forever. Just as there are highs and lows in life, there will also be ups and downs in our individual stories. No matter what life throws at us, we always have the power to choose how we respond. We can choose to let the challenges we face make us stronger, or we can let them break us down. It’s up to us to decide which path we want to take.

Some feel that to just blindly believe in fate is to give up control of their lives. It can be viewed as an excuse for not taking action and responsibility for what happens.

The following quotes about fate show different opinions and help to articulate the concept of fate so that you can make up your mind further.

“It matters not how strait the gate,

How charged with punishments the scroll,

I am the master of my fate:

I am the captain of my soul.”

“When an inner situation is not made conscious, it appears outside as fate.” Carl Jung

“When fate hands you a lemon, make lemonade.” Dale Carnegie

“I can control my destiny, but not my fate. Destiny means there are opportunities to turn right or left, but fate is a one-way street. I believe we all have the choice as to whether we fulfil our destiny, but our fate is sealed.” Paulo Coelho

“Just because Fate doesn’t deal you the right cards, it doesn’t mean you should give up. It just means you have to play the cards you get to their maximum potential.” Les Brown

“It is what a man thinks of himself that really determines his fate.” Henry David Thoreau

“Once you make a decision, the universe conspires to make it happen.” Ralph Waldo Emerson

“Fate is not an eagle; it creeps like a rat.” Elizabeth Bowen

“Thy fate is the common fate of all; Into each life some rain must fall.” Henry Wadsworth Longfellow

“There is no chance, no destiny, no fate, that can circumvent or hinder or control the firm resolve of a determined soul.” Ella Wheeler Wilcox

“I believe in fate, but I also believe that hard work and diligence plays a very important role in our lives.” Chanda Kochhar

“People without firmness of character love to make up a fate for themselves; that relieves them of the necessity of having their own will and of taking responsibility for themselves.” Ivan Turgenev

“Actions are the seed of fate; deeds grow into destiny.” Harry S Truman

“I don’t believe in fate or destiny. I believe in various degrees of hatred, paranoia, and abandonment. However much of that gets heaped upon you doesn’t matter – it’s only a matter of how much you can take and what it does to you.” Henry Rollins

“Amor Fati – “Love Your Fate”, which is in fact your life.” Friedrich Nietzsche

“We seal our fate with the choices we take, but don’t give a second thought to the chances we take.” Gloria Estefan

“Accept the things to which fate binds you, and love the people with whom fate brings you together, but do so with all your heart.” Marcus Aurelius

“No one saves us but ourselves. No one can and no one may. We ourselves must walk the path.” Buddha

“I have always believed, and I still believe, that whatever good or bad fortune may come our way we can always give it meaning and transform it into something of value.” Hermann Hesse

“Some things are destined to be — it just takes us a couple of tries to get there.” J.R. Ward

“Life is what happens to us while we are making other plans.” Allen Saunders

“My fate cannot be mastered; it can only be collaborated with and thereby, to some extent, directed. Nor am I the captain of my soul; I am only its noisiest passenger.” Aldous Huxley

“What’s meant to be will always find a way.” Trisha Yearwood

“I wonder how many people don’t get the one they want but end up with the one they’re supposed to be with.” Fannie Flagg

“When it comes to life, we spin our own yarn, and where we end up is really, in fact, where we always intended to be.” Julia Glass

“How a person masters his fate is more important than what his fate is.” Wilhelm von Humboldt

“A man’s character is his fate.” Heraclitus

“There is no such thing as accident; it is fate misnamed.” Napoleon Bonaparte

“There is nothing in your background that inherently holds you back or means you can’t achieve what others can achieve. You are the master of your own fate, and if you work hard, you can do what you want.” Nicola Sturgeon

If you strongly don’t believe in ‘fate’ and preordained circumstances, then you may just find the following funny quotes about fate quite interesting:

“Fate is like a strange, unpopular restaurant filled with odd little waiters who bring you things you never asked for and don’t always like.” Lemony Snicket

“Man does not control his own fate. The women in his life do that for him.” Groucho Marx

“Sometimes life has a cruel sense of humor, giving you the thing you always wanted at the worst time possible.” Lisa Kleypas

“Fate chooses our relatives; we choose our friends.” Jacques Delille

“It was written I should be loyal to the nightmare of my choice.” Joseph Conrad

“Fate leads him who follows it and drags him who resist.” Plutarch

There is no denying that we can’t control everything that happens to us in life. But is that ‘fate’? For more interesting quotes to contemplate further, be sure to check out: