Sometimes the motivation to keep going at the gym is just not there.

We all have days where we’d rather hit the snooze button than get up and hit the gym. But sometimes all you need is a little motivation to get yourself moving.

These motivational quotes are perfect for reminding you:

Your reason for going to the gym and pursuing your health and fitness goals in the first place. Because sometimes we just need a little reminder to get us back on track.

Use these motivating quotes as fuel for when the goal seems enormous right now, when your gym discipline is lacking and for when you’re attempting to talk yourself out of doing what you need to be doing in the gym to achieve your desired goal…. 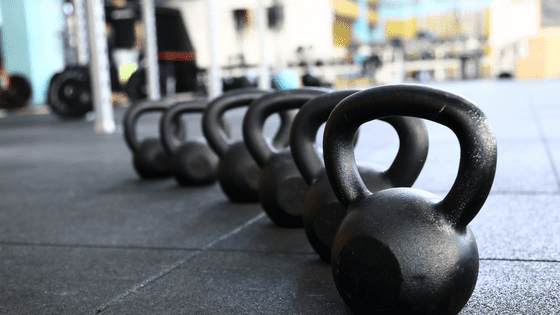 “Start where you are. Use what you have. Do what you can.” Arthur Ashe 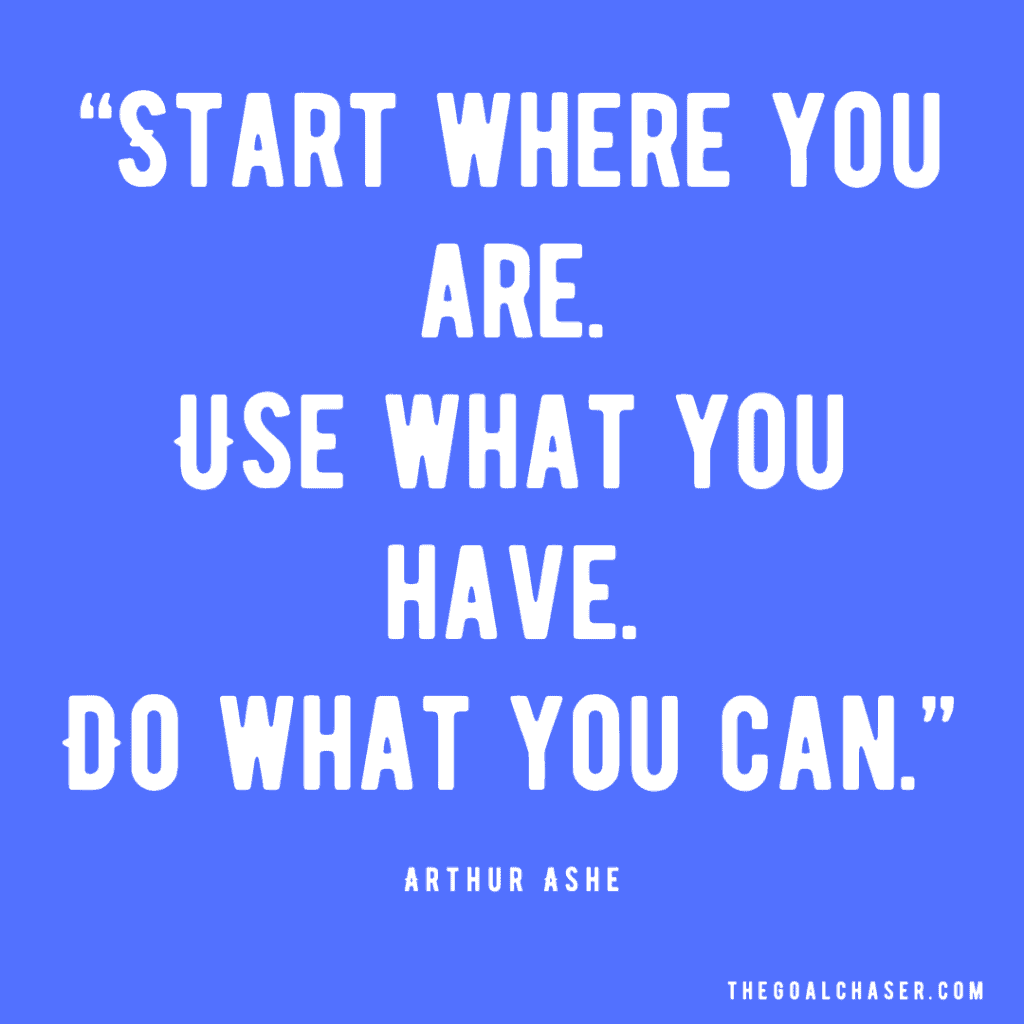 “Without hard work, nothing grows but weeds.” Gordon B. Hinckley 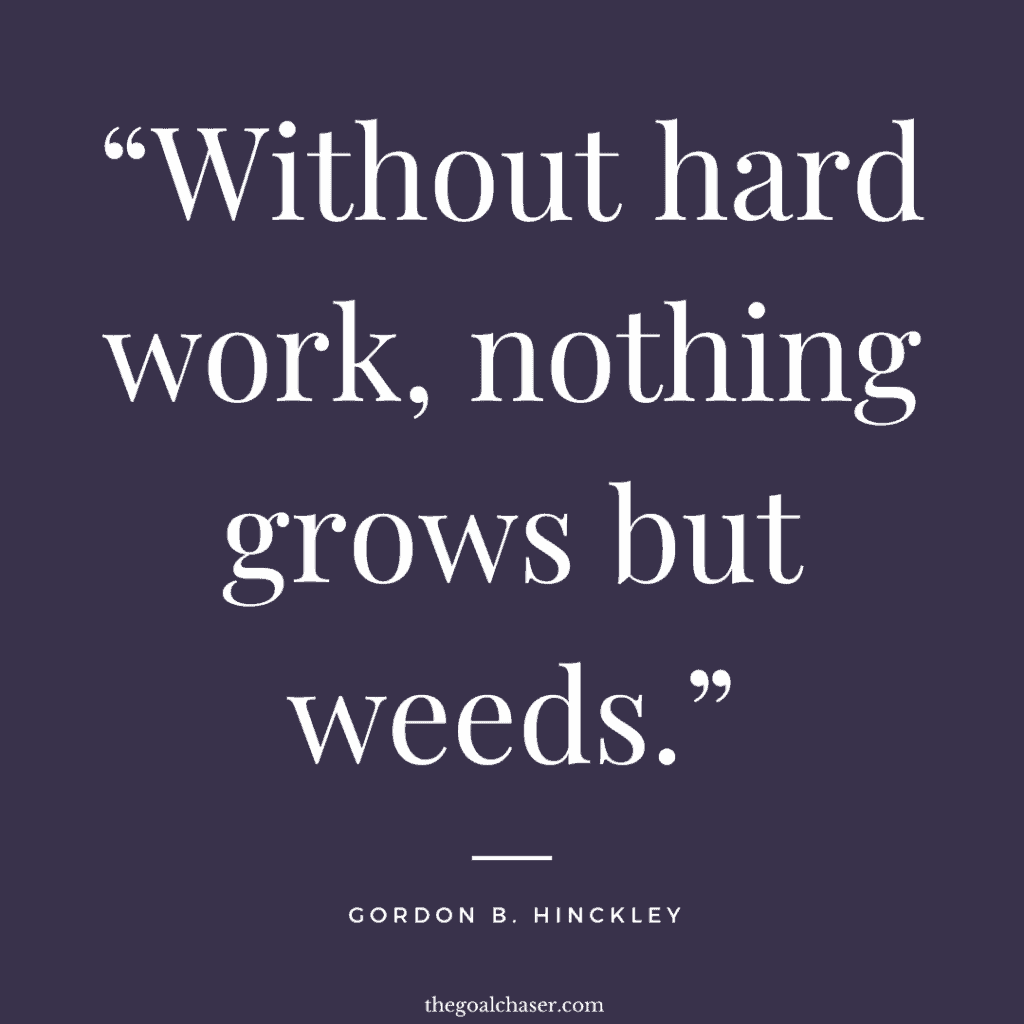 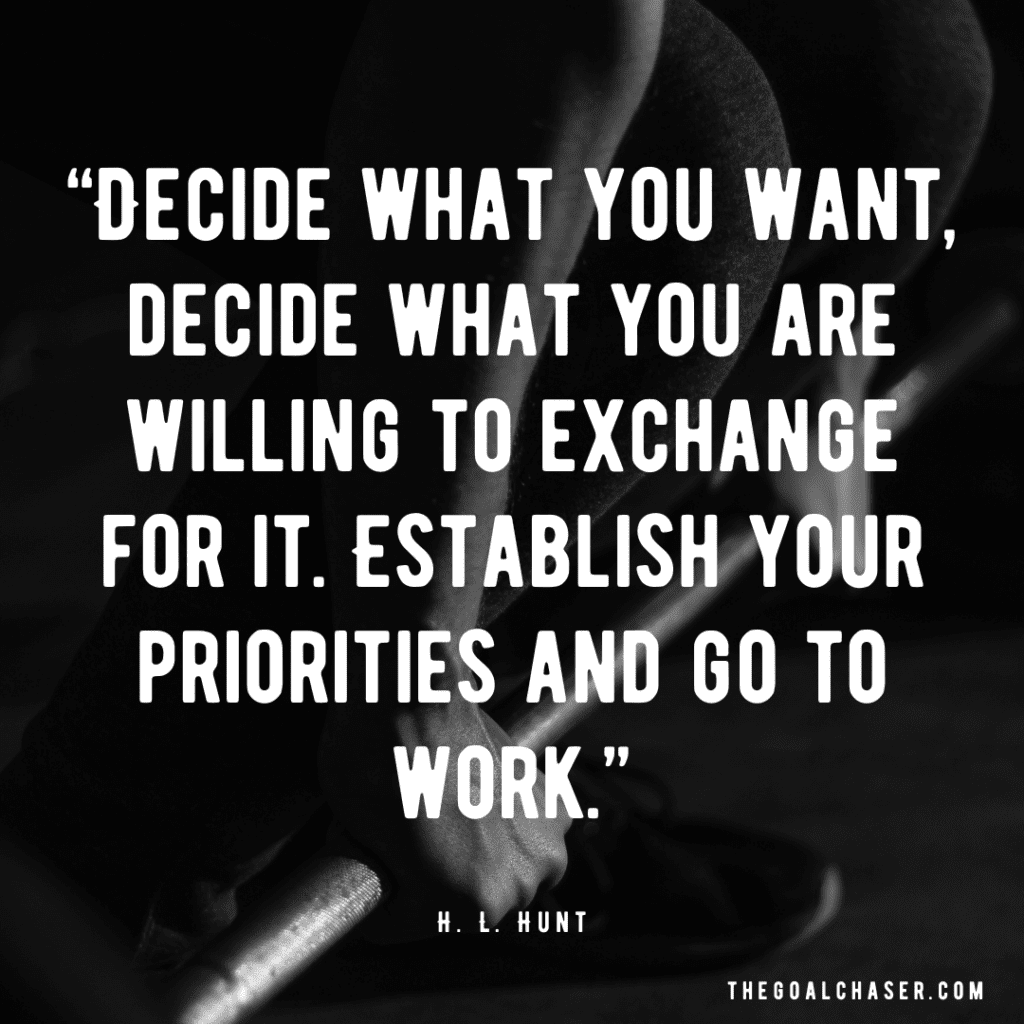 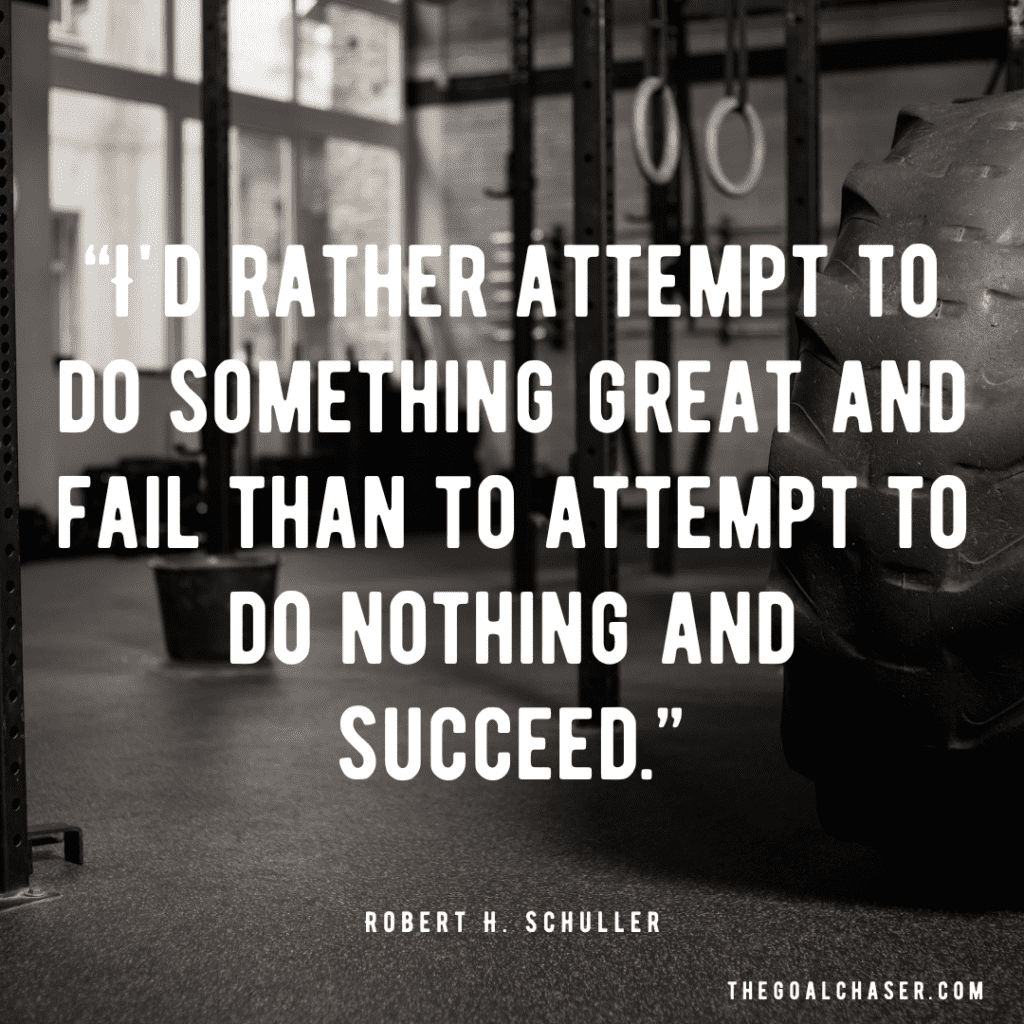 “Step by step and the thing is done.” Charles Atlas 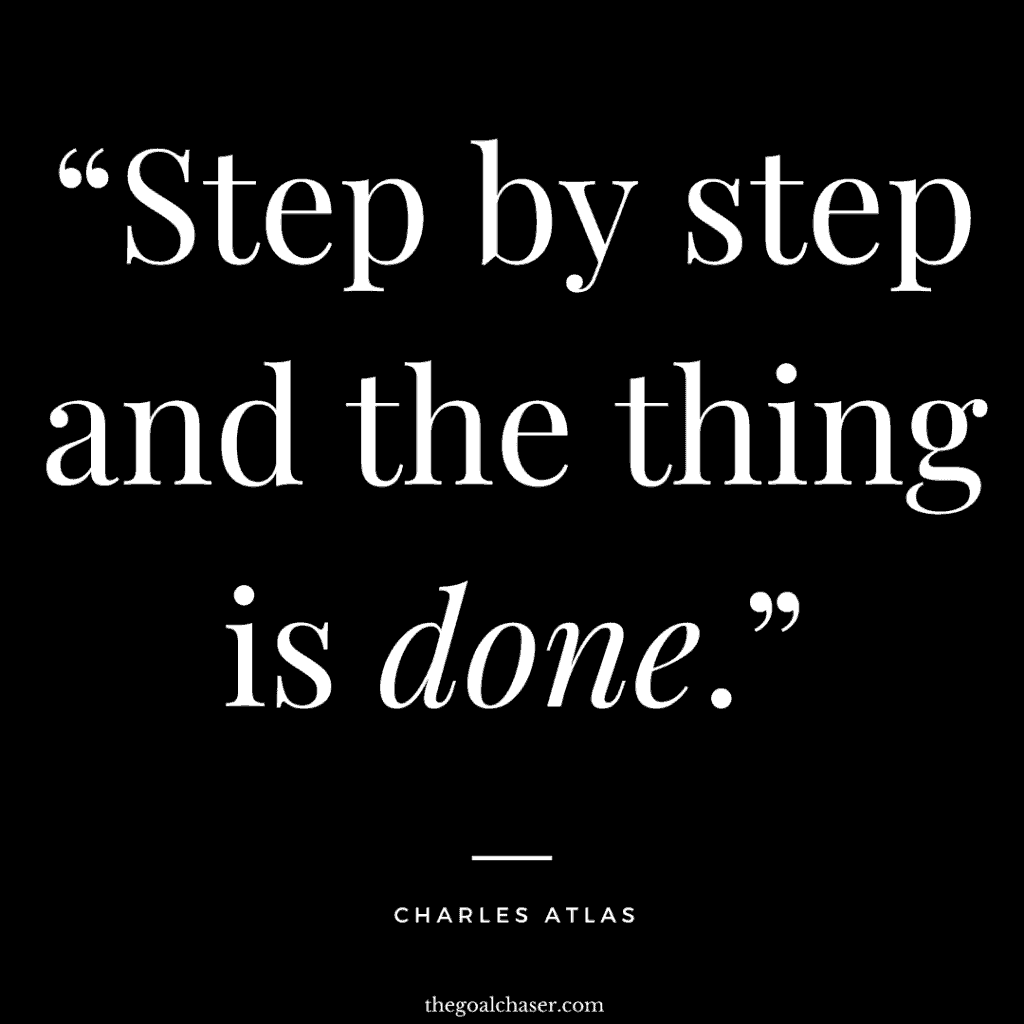 “You can’t build a reputation on what you are going to do.” Henry Ford

“Do not wait to strike till the iron is hot; but make it hot by striking.” William Butler Yeats 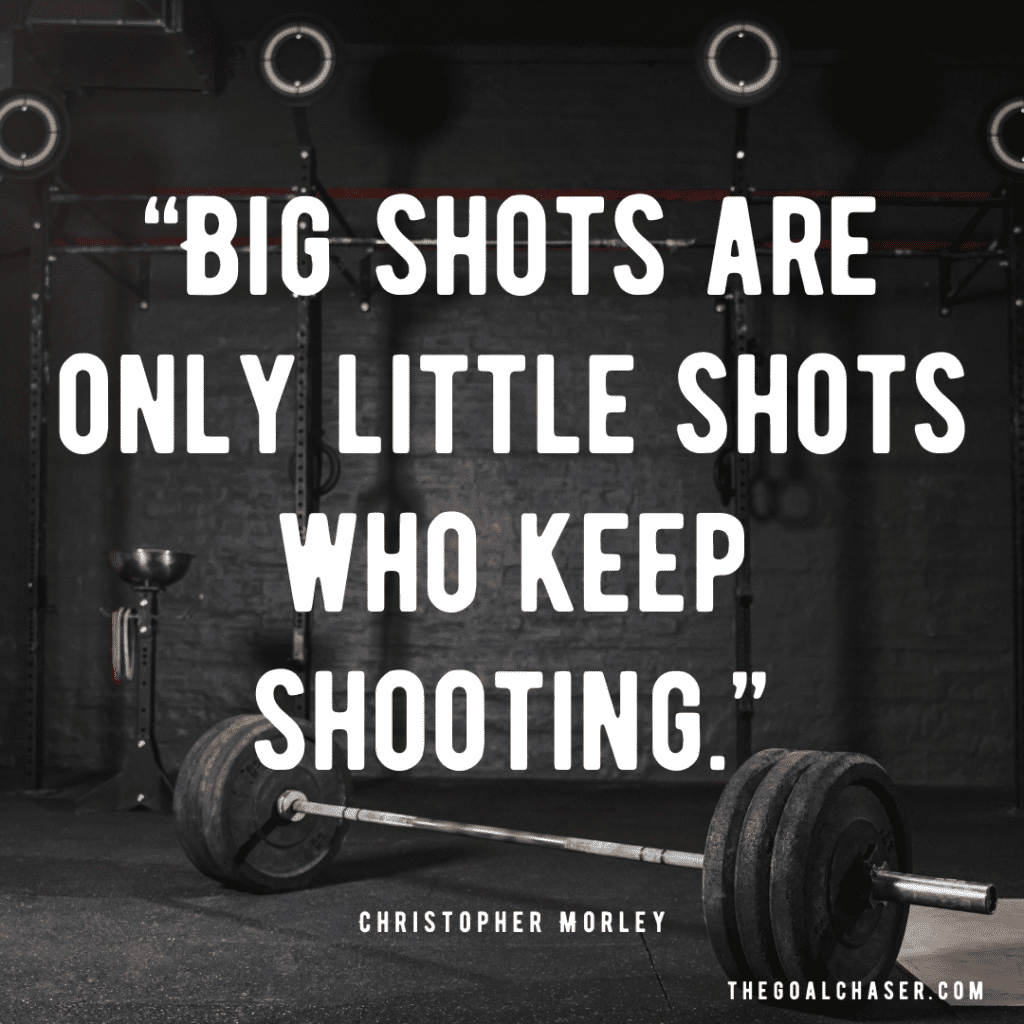 “The weeds keep multiplying in our garden, which is our mind ruled by fear. Rip them out and call them by name.” Sylvia Browne

“Be miserable. Or motivate yourself. Whatever has to be done, it’s always your choice.” Wayne Dyer

“The secret of getting ahead is getting started.” Mark Twain

“There is no passion to be found playing small – in settling for a life that is less than the one you are capable of living.” Nelson Mandela

“Always do your best. What you plant now, you will harvest later.” Og Mandino

“Either you run the day, or the day runs you.” Jim Rohn

“You just can’t beat the person who never gives up.” Babe Ruth

“Perseverance is not a long race; it is many short races one after the other.” Walter Elliot

“The will to win, the desire to succeed, the urge to reach your full potential… these are the keys that will unlock the door to personal excellence.” Confucius

“Accept the challenges so that you can feel the exhilaration of victory.” George S. Patton

“Do not wait; the time will never be ‘just right.’ Start where you stand, and work with whatever tools you may have at your command, and better tools will be found as you go along.” George Herbert

“There is only one corner of the universe you can be certain of improving, and that’s your own self.” Aldous Huxley

“You simply have to put one foot in front of the other and keep going. Put blinders on and plow right ahead.” George Lucas

“Only I can change my life. No one can do it for me.” Carol Burnett

“Infuse your life with action. Don’t wait for it to happen. Make it happen. Make your own future. Make your own hope. Make your own love. And whatever your beliefs, honor your creator, not by passively waiting for grace to come down from upon high, but by doing what you can to make grace happen… yourself, right now, right down here on Earth.” Bradley Whitford

“If you can dream it, you can do it.” Walt Disney

“If you don’t design your own life plan, chances are you’ll fall into someone else’s plan. And guess what they have planned for you? Not much.” Jim Rohn

“Take care of your body. It’s the only place you have to live.” Jim Rohn

“If a man achieves victory over this body, who in the world can exercise power over him? He who rules himself rules over the whole world.” Vinoba Bhave

“Physical fitness is not only one of the most important keys to a healthy body, but also the basis of dynamic and creative intellectual activity.” John F. Kennedy

“A lot of people are afraid of heights. Not me, I’m afraid of widths.” Steven Wright

“True enjoyment comes from activity of the mind and exercise of the body; the two are ever united.” Wilhelm von Humboldt

“Exercise to stimulate, not to annihilate. The world wasn’t formed in a day, and neither were we. Set small goals and build upon them.” Lee Haney

“The human body is the best picture of the human soul.” Ludwig Wittgenstein

“Time and health are two precious assets that we don’t recognize and appreciate until they have been depleted.” Denis Waitley

“A muscle is like a car. If you want it to run well early in the morning, you have to warm it up.” Florence Griffith Joyner

“There’s a lot of people in this world who spend so much time watching their health that they haven’t the time to enjoy it.” Josh Billings

“A vigorous five-mile walk will do more good for an unhappy but otherwise healthy adult than all the medicine and psychology in the world.” Paul Dudley White

“I didn’t have the same fitness or ability as the other girls, so I had to beat them with my mind.” Martina Hingis

“You must also give mental and physical fitness priority.” Jim Otto

“Fitness needs to be perceived as fun and games or we subconsciously avoid it.” Alan Thicke

“Here’s what I tell anybody, and this is what I believe. The greatest gift we have is the gift of life. We understand that. That comes from our Creator. We’re given a body. Now you may not like it, but you can maximize that body the best it can be maximized.” Mike Ditka

“The only way for a rich man to be healthy is by exercise and abstinence, to live as if he were poor.” William Temple

“It’s not about weight, it’s about fitness, and one component of being fit is to have relatively low body fat, because fat is not very efficient, whereas muscle is.” Deborah Bull

When times are tough, that’s when it’s most important to remember why we’re doing something in the first place—and that’s exactly what these quotes will help you do.

So next time your workout seems like more of a chore than usual, read through this list for some extra inspiration. And before long, you’ll be back on track and motivated to achieve all your fitness goals!

For more inspirational gym quotes, be sure to check out: