This collection of quotes is all about self important and arrogant people, because we all know some people in our lives like this!

What Does It Mean To Be ‘Self-Important’?

Self-importance is a belief that you matter more than other people; it means feeling like your problems are bigger and more important and your triumphs are more glorious than anyone else’s.

Characteristics can include arrogance, narcissism and hugely inflated egos.

People who suffer from self-importance have an underdeveloped sense of empathy.

They don’t think about how what they do affects others around them, only themselves, which is why their behavior seems selfish and arrogant to others.

Not an endearing quality!

The following quotes all highlight the concepts and characteristics of self-important, arrogant and conceited people. If they leave you feeling a little ‘meh’, then be sure to check out the bottom of this post where we show you some more inspiring and positive quotes and words instead! 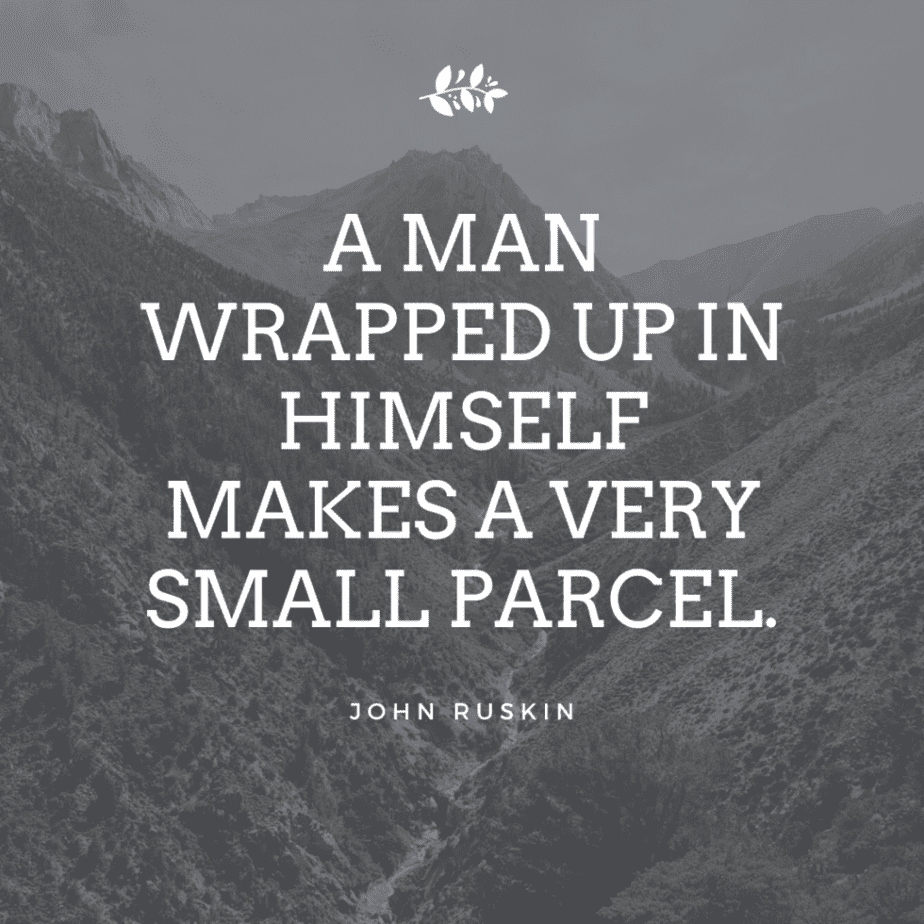 “A man wrapped up in himself makes a very small parcel.” John Ruskin

“I think a lot of self-importance is a product of fear. And fear, living in sort of an un-self-examined fear-based life, tends to lead to narcissism and self-importance.” Moby

“Some people, who always talk about how busy they are, are really trying to claim how ‘important’ they are.” Donna Lynn Hope

“Your ego can become an obstacle to your work. If you start believing in your greatness, it is the death of your creativity.” Marina Abramovic

The first is: remember that your motives are not always as altruistic as they seem to yourself.

The second is: don’t over-estimate your own merits.

The third is: don’t expect others to take as much interest in you as you do yourself.

And the fourth is: don’t imagine that most people give enough thought to you to have any special desire to persecute you.” Bertrand Russell

“Every act of conscious learning requires the willingness to suffer an injury to one’s self-esteem. That is why young children, before they are aware of their own self-importance, learn so easily.” Thomas Szasz

“I am incapable of mediocrity.” Serge Gainsbourg

“If your ego starts out, ‘I am important, I am big, I am special,’ you’re in for some disappointments when you look around at what we’ve discovered about the universe. No, you’re not big. No, you’re not. You’re small in time and in space. And you have this frail vessel called the human body that’s limited on Earth.” Neil deGrasse Tyson

“Shyness has a strange element of narcissism, a belief that how we look, how we perform, is truly important to other people.” Andre Dubus III

“A true genius admits that he/she knows nothing.” Albert Einstein

“There’s a world of difference between a strong ego, which is essential, and a large ego-which can be destructive.” Lee Iacocca 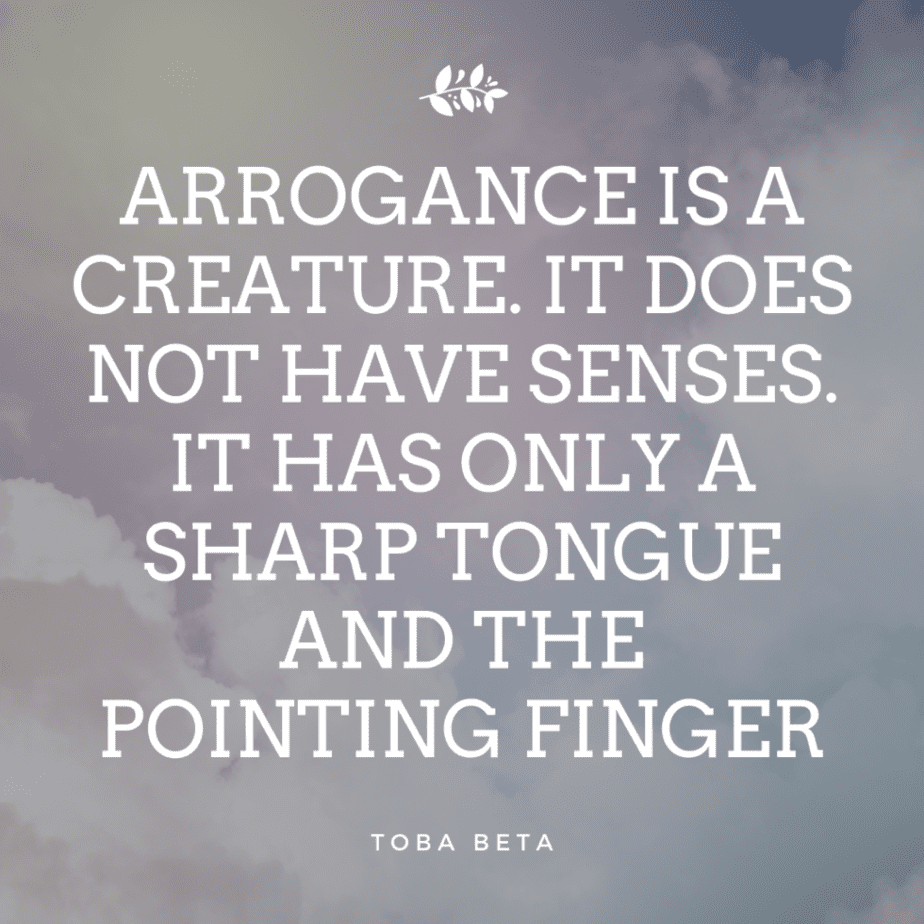 “Arrogance is a creature. It does not have senses. It has only a sharp tongue and the pointing finger.” Toba Beta

“The ego is only an illusion, but a very influential one. Letting the ego-illusion become your identity can prevent you from knowing your true self. Ego, the false idea of believing that you are what you have or what you do, is a backwards way of assessing and living life.” Wayne Dyer

“One of the things that characterizes good intellectual work is a certain self-importance.” Whitfield Diffie

“Leadership is an opportunity to serve. It is not a trumpet call to self- importance.” Goswami Kriyananda 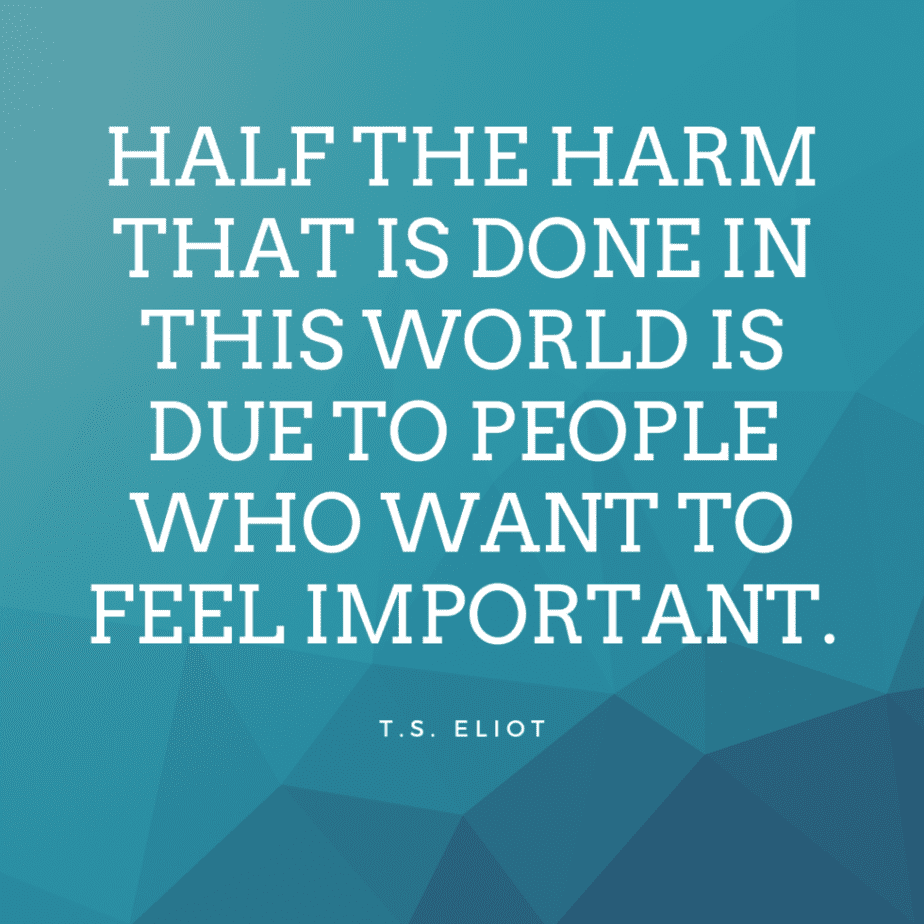 “Half the harm that is done in this world is due to people who want to feel important.” T.S. Eliot

“No one is any more or any less important than you are.” Marianne Williamson

“Self-importance is a trap, because the moment we start to think that we actually matter is the moment when things start to go wrong. The truth is that you are supremely unimportant, and nothing matters. All of man’s striving is for nothing; all effort is wasted. To realize that everything is meaningless is tremendously liberating, since it then leaves us completely free to create our own lives and ignore the plans that others have for us.” Tom Hodgkinson

“We must picture Hell as a state where everyone is perpetually concerned about his own dignity and advancement, where everyone has a grievance, and where everyone lives the deadly serious passions of envy, self-importance, and resentment.” C. S. Lewis

Arrogant and self-important people can be extremely irritating, however the following funny quotes are a great way to lighten the mood and are really quite clever:

“I have the simplest tastes. I am always satisfied with the best.” Oscar Wilde

“I loathe narcissism, but I approve of vanity.” Diana Vreeland 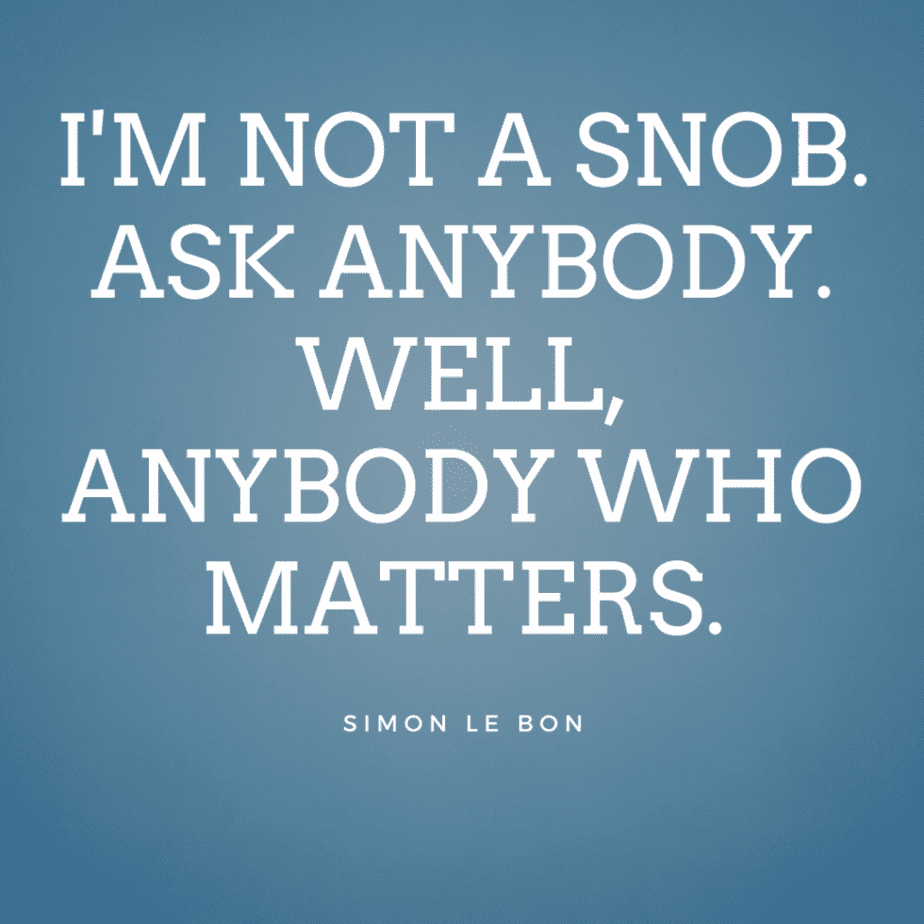 “I’m not a snob. Ask anybody. Well, anybody who matters.” Simon Le Bon

“He knows nothing; and he thinks he knows everything. That points clearly to a political career.”

“The trouble with the world is that the stupid are cocksure and the intelligent full of doubt.” Bertrand Russell

“When I was a boy of 14, my father was so ignorant I could hardly stand to have the old man around. But when I got to be 21, I was astonished at how much the old man had learned in seven years.” Mark Twain 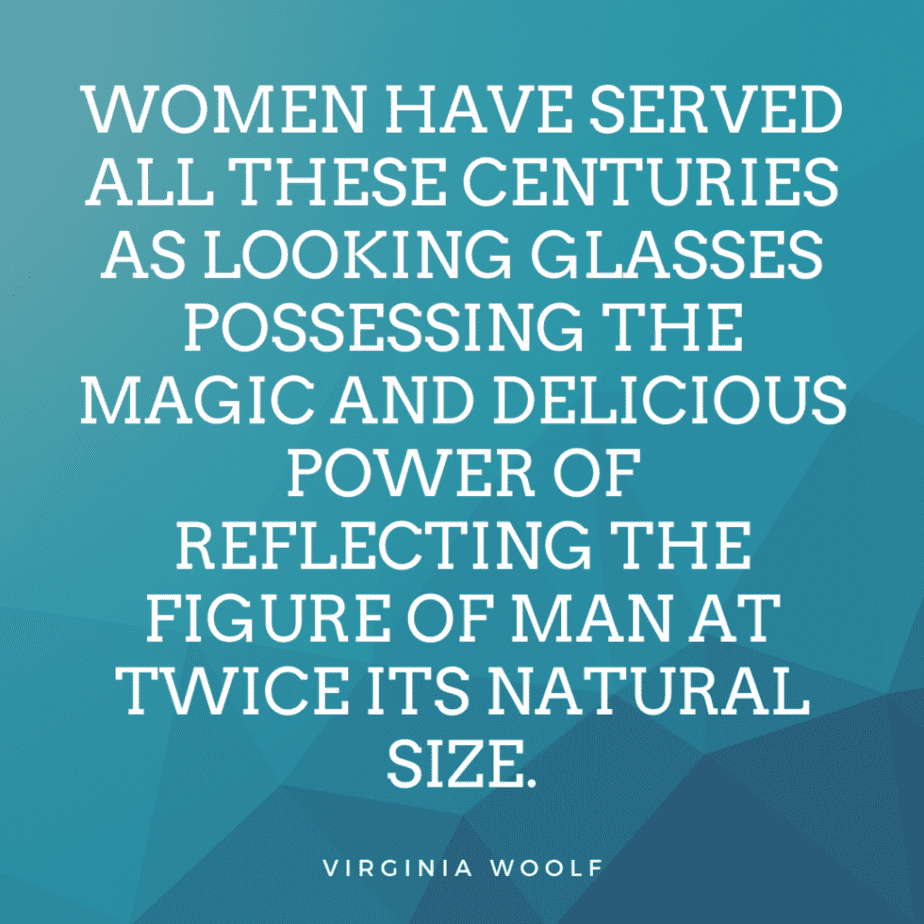 “Women have served all these centuries as looking glasses possessing the magic and delicious power of reflecting the figure of man at twice its natural size.” Virginia Woolf

If you’re wanting to read more inspiring words and positive quotes, then be sure to check out: