What is a ‘scarcity mindset’?

Scarcity mindset is the belief that there is not enough of something to go around, and that one must compete with others for limited resources. It’s seeing the lack, the negative and the limitations of situations.

A scarcity mindset may also be known as narrow-minded, negative or pessimistic.

Having a scarcity mindset can lead to feelings of insecurity, deprivation, selfishness and doom and gloom. In short, it’s very limiting.

The good news though, is that it’s simply a thought pattern, a habit of thinking and can therefore be changed. 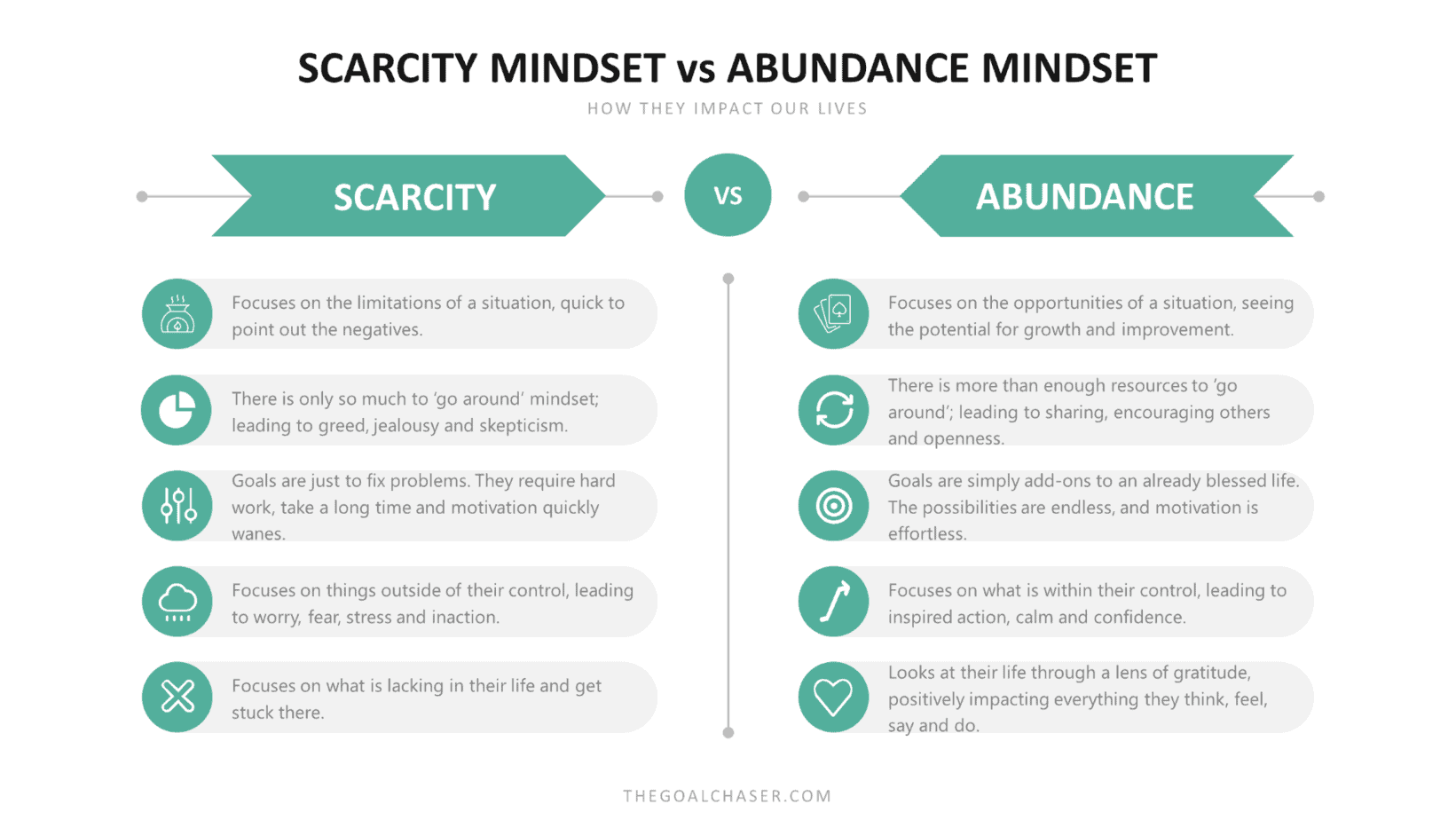 The following quotes about a scarcity mindset are a great way to first consider awareness of mindset:

“People with a scarcity mentality tend to see everything in terms of win-lose. There is only so much; and if someone else has it, that means there will be less for me. The more principle-centered we become, the more we develop an abundance mentality, the more we are genuinely happy for the successes, well-being, achievements, recognition, and good fortune of other people. We believe their success adds to…rather than detracts from…our lives.” Stephen Covey

“Poverty is a mindset: It creates that sense of scarcity. You then become accustomed to it such that your life is hinged on protecting the scarce resources that you have. However, you can only create a mindset of abundance by investing what you have and not savings. Savings only becomes significant if it’s done with a motive to invest.” Oscar Bimpong

“Beware of lack, it usually creates love where there is none.” Abraham Schneersohn

“Here’s the problem. Most people are thinking about what they don’t want, and they’re wondering why it shows up over and over again.” John Assaraf 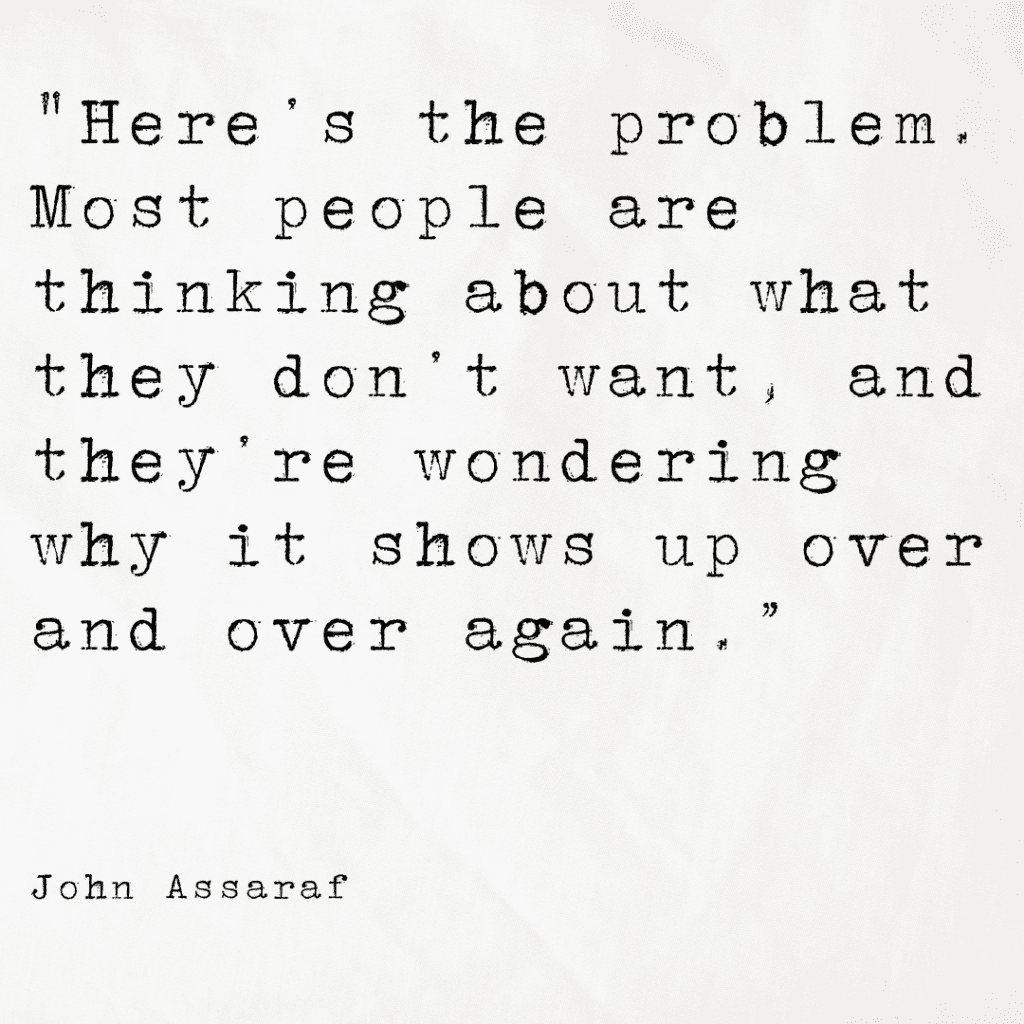 “Nurture your mind with great thoughts, for you will never go any higher than you think.” Benjamin Disraeli

“Scarcity mentality measures out life by the ounce; it always concludes that the needs outweigh the resources.” Erin M. Straza

“A person is what he or she thinks about all day long.” Ralph Waldo Emerson

“The mind has a powerful way of attracting things that are in harmony with it, good and bad.” Idowu Koyenikan

“Be thankful for what you have, you’ll end up having more. If you concentrate on what you don’t have, you will never ever have enough.” Oprah Winfrey 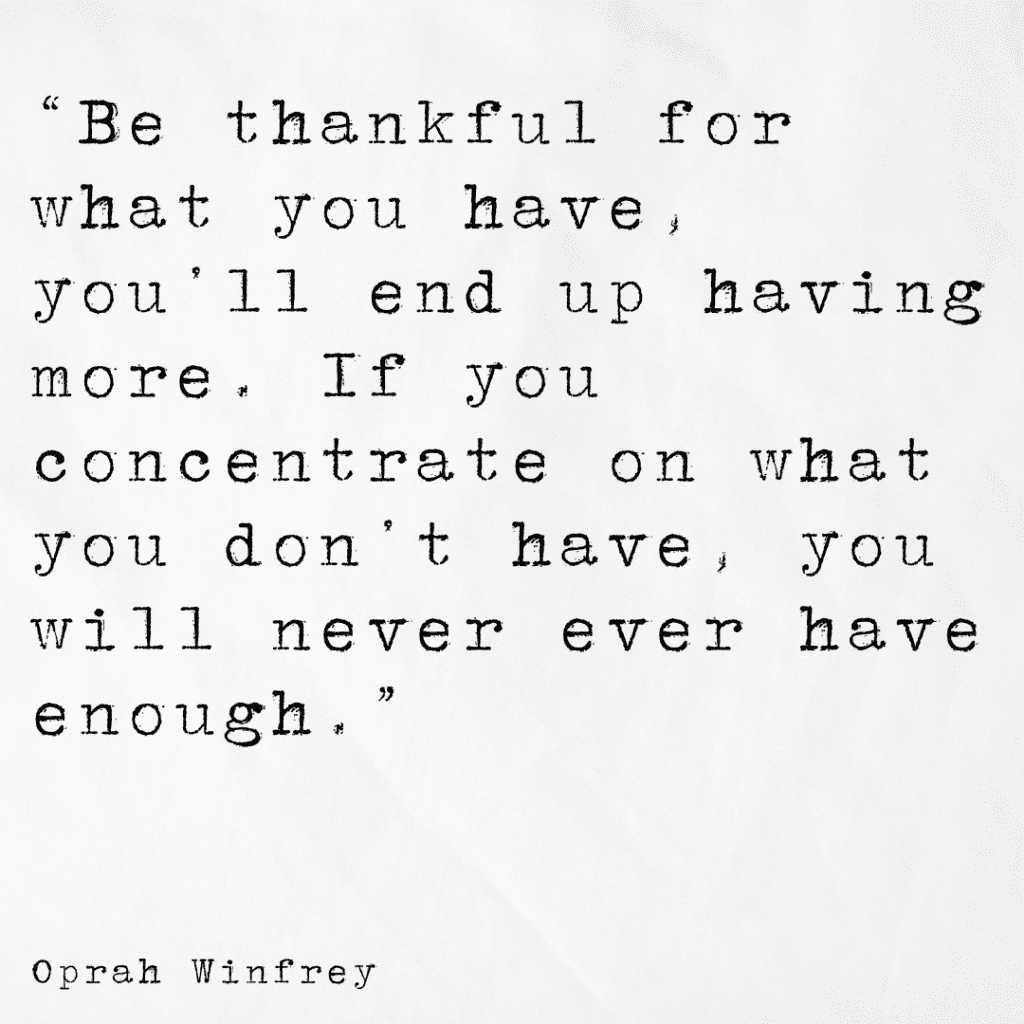 “Look forward to where you want to be and spend no time complaining about where you are.” Esther Hicks

“Reality is a projection of your thoughts or the things you habitually think about.” Stephen Richards

“A man can only rise, conquer, and achieve by lifting up his thoughts.” James Allen

“The thing you set your mind on is the thing you ultimately become.”  Nathaniel Hawthorne

“Once you replace negative thoughts with positive ones, you’ll start having positive results.” Willie Nelson

If you’re interested in more resources on instead embracing an abundance mindset, then be sure to check out the following: