Who was Carl Jung?

Carl Jung (1875 – 1961) was a Swiss psychiatrist, an influential thinker and the founder of analytical psychology.

Jung’s work has been influential in psychiatry and in the study of religion, literature, archeology, anthropology, sociology, as well as in philosophy.

He emphasized understanding the psyche through exploring dreams, art, mythology, religion and philosophy. His work on himself and his patients laid the groundwork for much of what is now known as Jungian psychology.

Jung began his career as an associate of Sigmund Freud, but they parted ways due to irreconcilable differences and opinions.

Some of the best quotes by Carl Jung discuss the enormous power of our minds (both unconscious and conscious) and the interesting notion of our ‘shadows’. These quotes are all to encourage questioning, reflection and self-discovery. 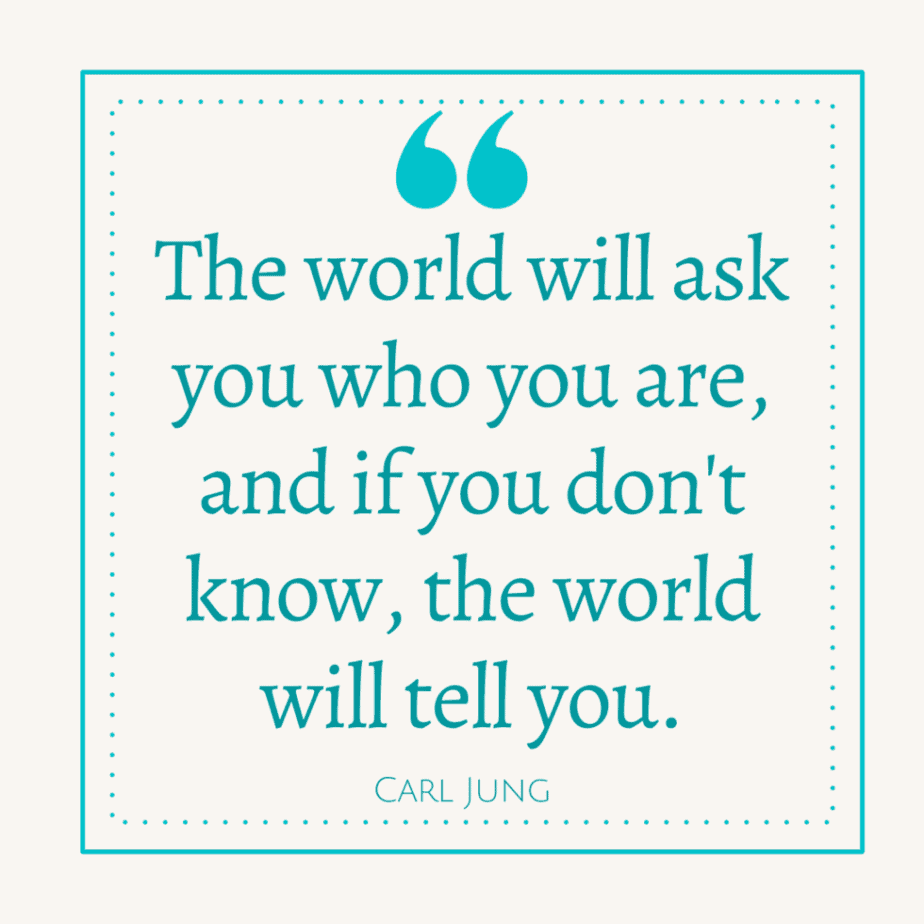 “Everything that irritates us about others can lead us to an understanding of ourselves.” Carl Jung

“The most terrifying thing is to accept oneself completely.” Carl Jung

“The privilege of a lifetime is to become who you truly are.” Carl Jung

“What you resist, persists.” Carl Jung

“Until you make the unconscious conscious, it will direct your life and you will call it fate.” Carl Jung 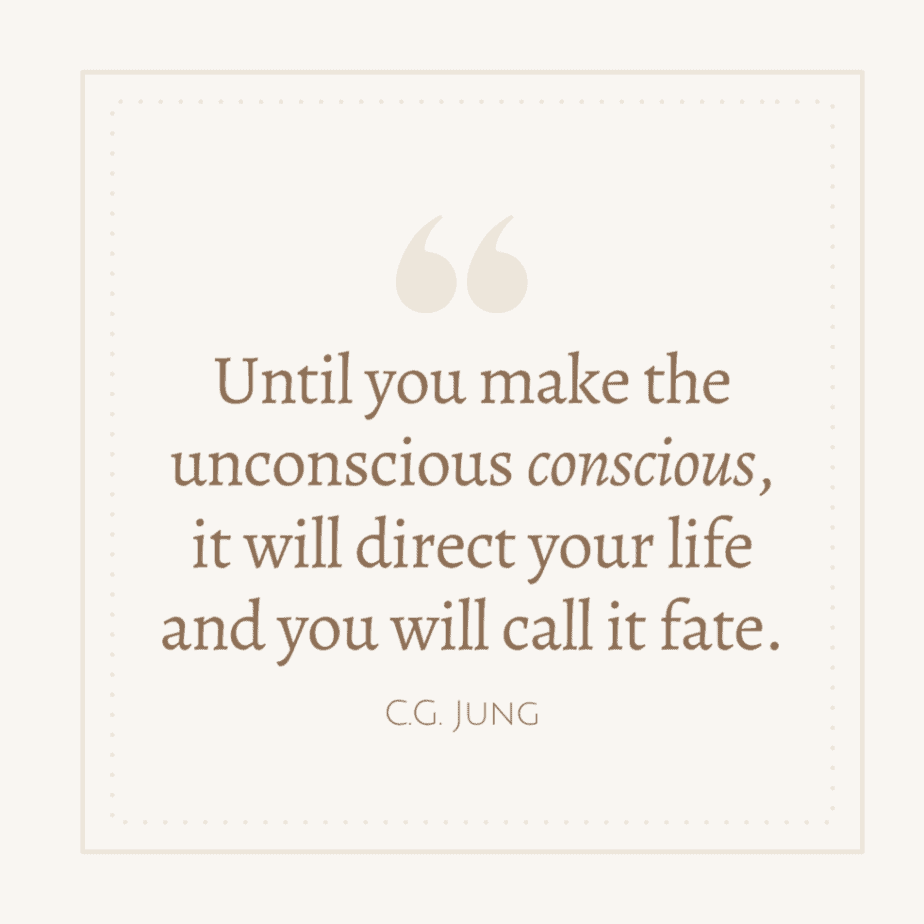 “The most important question anyone can ask is: What myth am I living?” Carl Jung

“Where wisdom reigns, there is no conflict between thinking and feeling.” Carl Jung

“Who looks outside, dreams, who looks inside, awakes.” Carl Jung

“I am not what happened to me, I am what I choose to become.” Carl Jung

“To ask the right question is already half the solution of a problem.” Carl Jung

“Your visions will become clear only when you can look into your own heart. Who looks outside, dreams, who looks inside, awakes.” Carl Jung

“Every human life contains a potential, if that potential is not fulfilled, then that life was wasted.” Carl Jung

“Every form of addiction is bad, no matter whether the narcotic be alcohol, morphine or idealism.” Carl Jung

“We cannot change anything unless we accept it.” Carl Jung

“You are what you do, not what you say you’ll do.” Carl Jung

“The creation of something new is not accomplished by the intellect but by the play instinct acting from inner necessity. The creative mind plays with the objects it loves.” Carl Jung

“The first half of life is devoted to forming a healthy ego, the second half is going inward and letting go of it.” Carl Jung 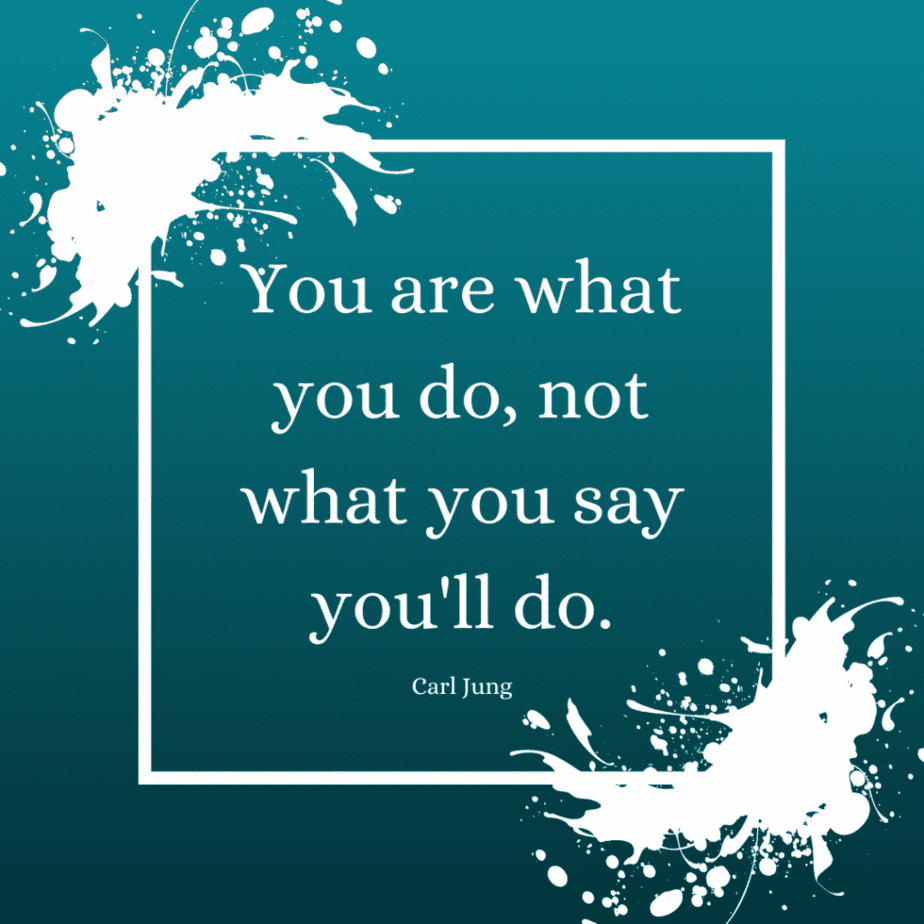 “The difference between a good life and a bad life is how well you walk through the fire.” Carl Jung

“Life really does begin at forty. Up until then, you are just doing research.” Carl Jung

“The meeting of two personalities is like the contact of two chemical substances: if there is any reaction, both are transformed.” Carl Jung 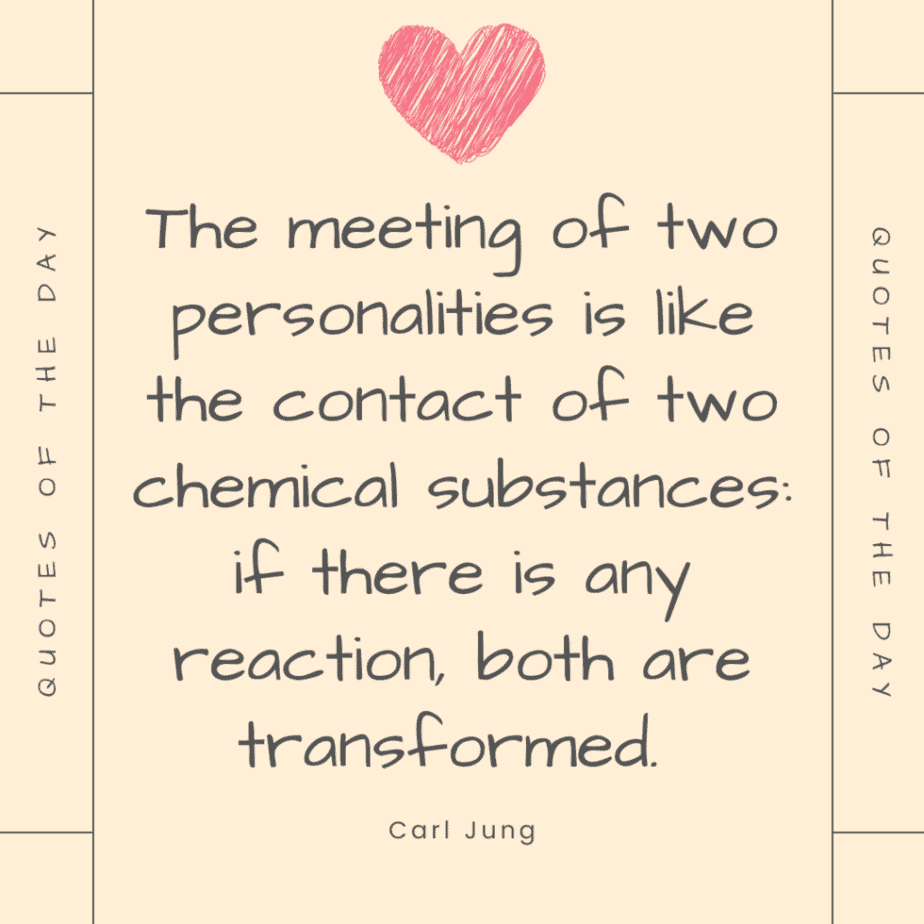 “Loneliness does not come from having no people about one, but from being unable to communicate the things that seem important to oneself, or from holding certain views which others find inadmissible.” Carl Jung 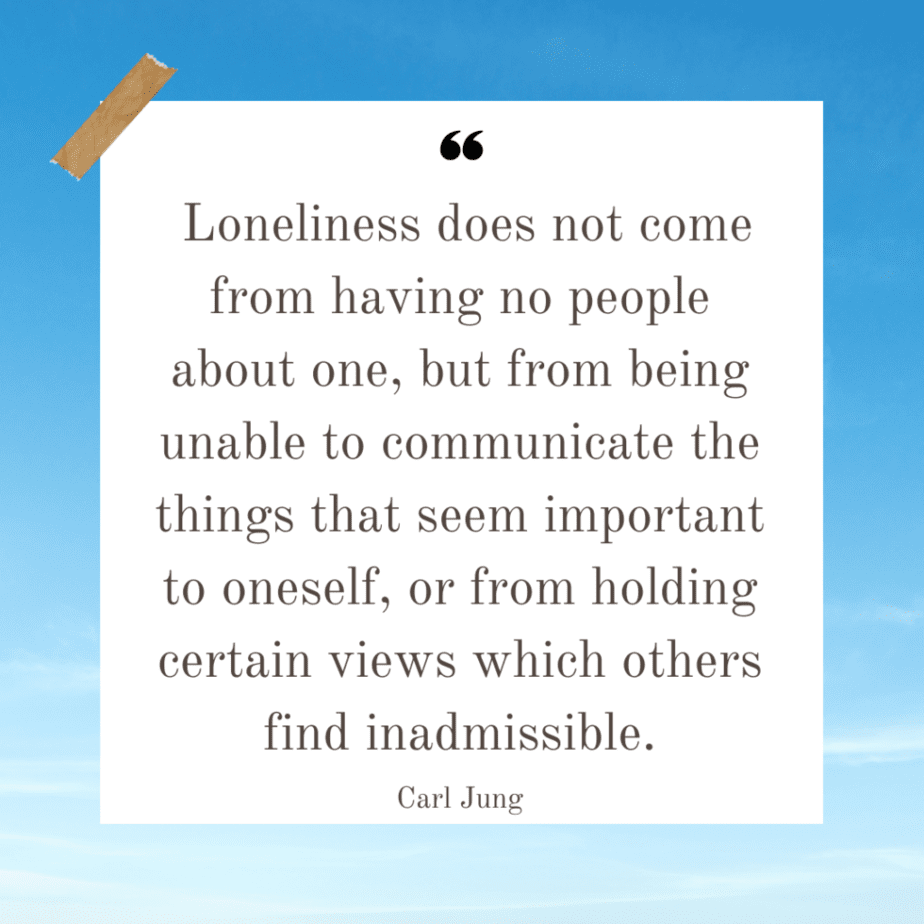 “If there is anything that we wish to change in the child, we should first examine it and see whether it is not something that could better be changed in ourselves.” Carl Jung

“The greatest tragedy of the family is the unlived lives of the parents.” Carl Jung

“Where love rules, there is no will to power, and where power predominates, love is lacking. The one is the shadow of the other.” Carl Jung

“People will do anything, no matter how absurd, to avoid facing their own souls.” Carl Jung 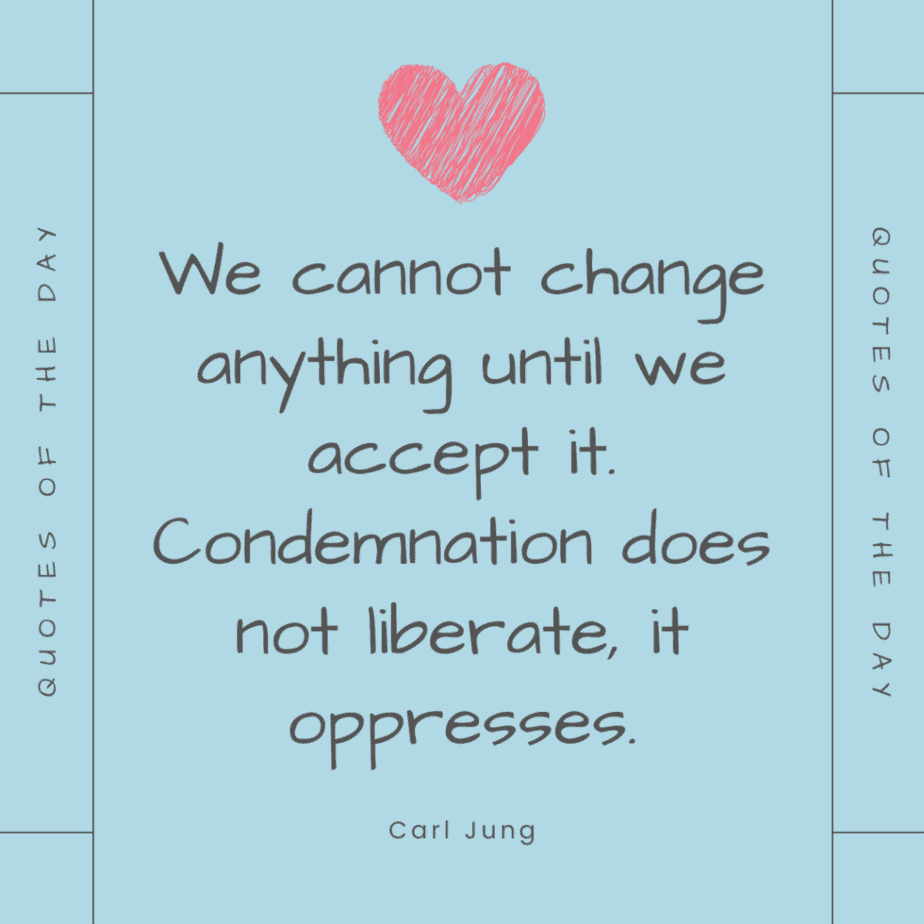 “We cannot change anything until we accept it. Condemnation does not liberate, it oppresses.” Carl Jung

“We don’t really heal anything; we simply let it go.” Carl Jung

“The best political, social, and spiritual work we can do is to withdraw the projection of our shadow onto others.” Carl Jung

“The foundation of all mental illness is the unwillingness to experience legitimate suffering.” Carl Jung

“Real liberation comes not from glossing over or repressing painful states of feeling, but only from experiencing them to the full.” Carl Jung

“How can I be substantial if I do not cast a shadow? I must have a dark side also If I am to be whole.” Carl Jung

“Knowing your own darkness is the best method for dealing with the darkness’s of other people.” Carl Jung

“The reason for evil in the world is that people are not able to tell their stories.” Carl Jung

“Be grateful for your difficulties and challenges, for they hold blessings. In fact, man needs difficulties; they are necessary for health personal growth, individuation and self-actualisation.” Carl Jung

“It is often tragic to see how blatantly a man bungles his own life and the lives of others yet remains totally incapable of seeing how much the whole tragedy originates in himself, and how he continually feeds it and keeps it going.” Carl Jung

“One does not become enlightened by imagining figures of light, but by making the darkness conscious. The latter procedure, however, is disagreeable and therefore not popular.” Carl Jung

“There are as many nights as days, and the one is just as long as the other in the year’s course. Even a happy life cannot be without a measure of darkness, and the word ‘happy’ would lose its meaning if it were not balanced by sadness.” Carl Jung

“The healthy man does not torture others – generally it is the tortured who turn into torturers.” Carl Jung 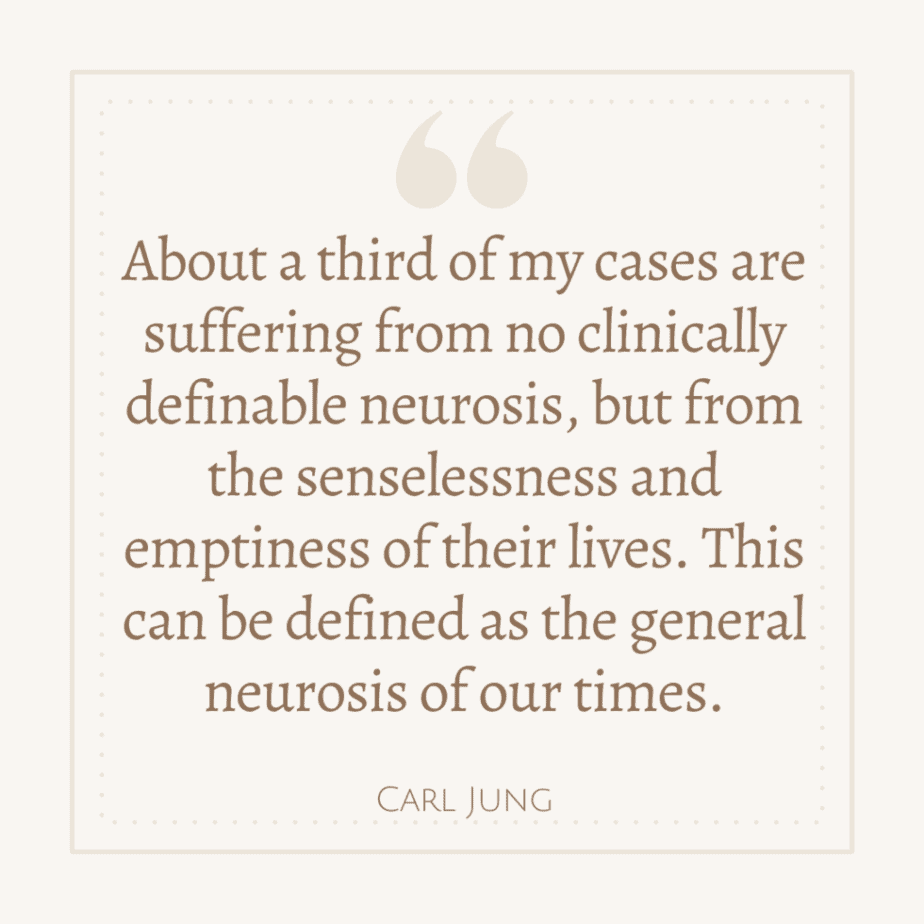 “About a third of my cases are suffering from no clinically definable neurosis, but from the senselessness and emptiness of their lives. This can be defined as the general neurosis of our times.” Carl Jung

“Show me a sane man and I will cure him for you.” Carl Jung 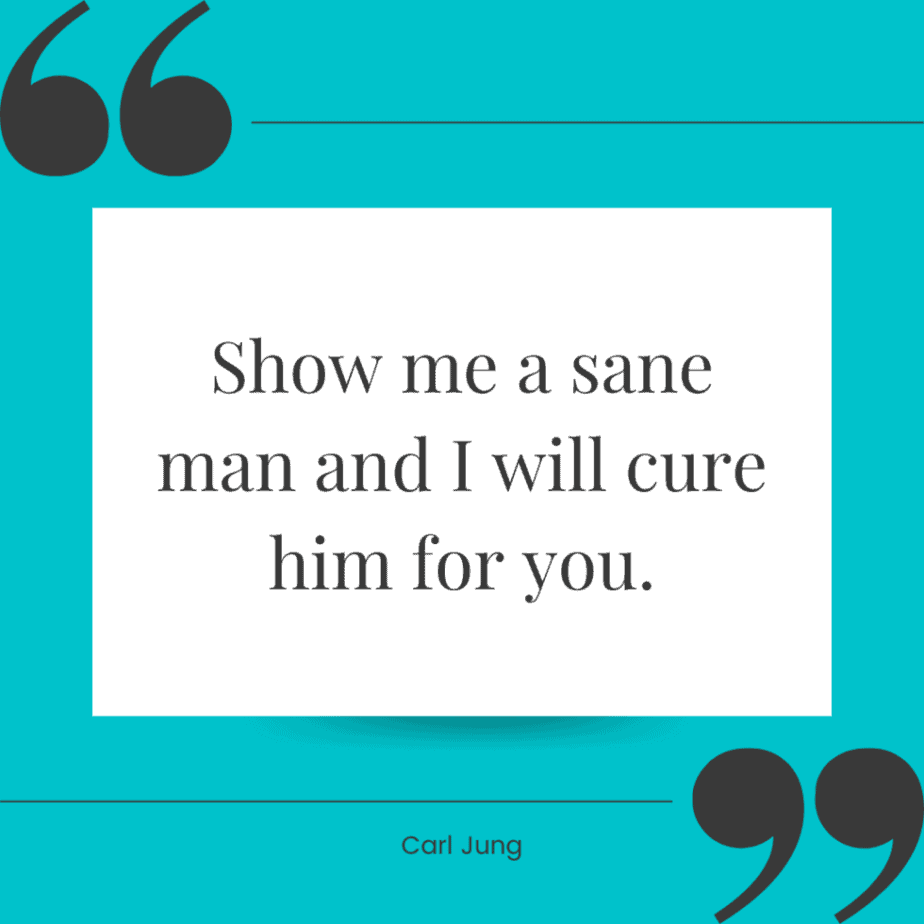 “Thinking is difficult, that’s why most people judge.” Carl Jung

If you’re interested in more inspiring words and quotes, then be sure to check out: