Being an empath means you are highly sensitive, and can easily take on other people’s emotions. Empaths are often considered to be emotional sponges, which understandably can be very draining. It takes empathy to an entirely different level.

Common empath traits can include being:

In this post, we have collected quotes that explore the above common traits and what it means to be an empath.

Being An Empath Quotes

“Sensitive people care when the world doesn’t because we understand waiting to be rescued and no one shows up. We have rescued ourselves, so many times that we have become self taught in the art of compassion for those forgotten.” Shannon L. Alder 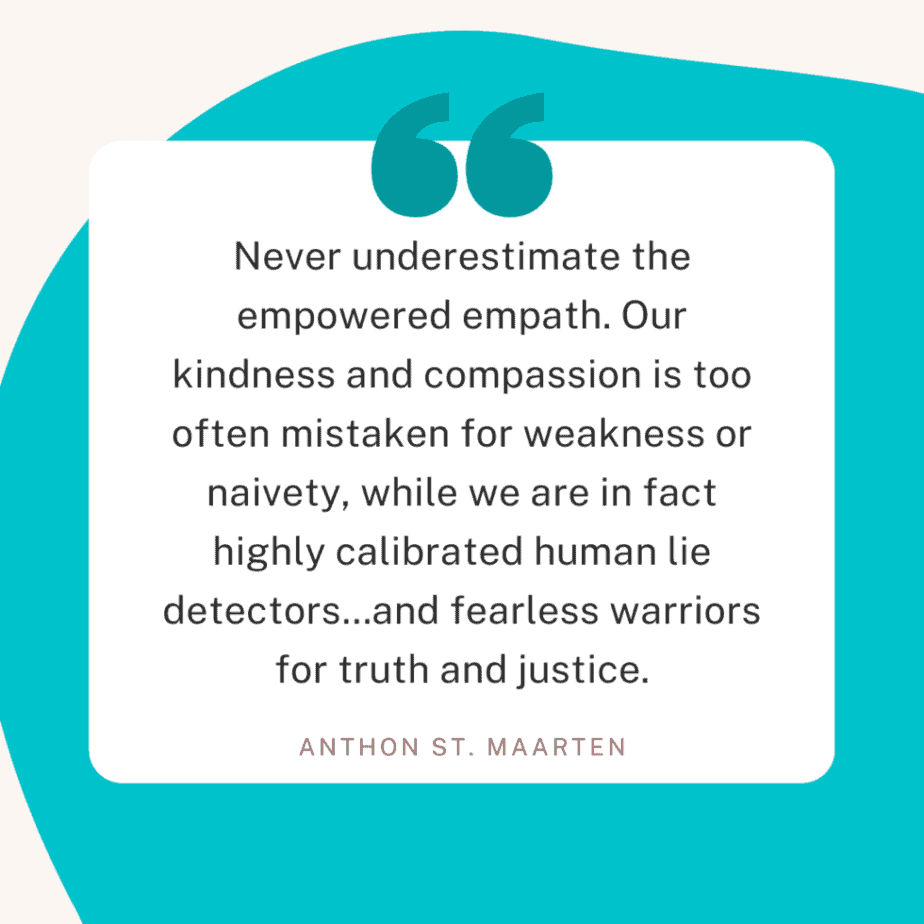 “Never underestimate the empowered empath. Our kindness and compassion is too often mistaken for weakness or naivety, while we are in fact highly calibrated human lie detectors…and fearless warriors for truth and justice.” Anthon St. Maarten

“Empathy is about finding echoes of another person in yourself.” Mohsin Hamid

“Sensitive souls draw in the negativity of others because they are so open.” John Gray

“For a highly sensitive person, a drizzle feels like a monsoon.” Anonymous

“A prophet is not someone with special visions, just someone blind to most of what others see.” Nassim Nicholas Taleb

“As empaths, our high level of sensitivity means that we are prone to feeling like eternal outsiders who are in the world but not quite of the world.” Aletheia Luna

“Sometimes I think, I need a spare heart to feel all the things I feel.” Sanober Khan

“The empath is often said to have such a great degree of empathy that they can literally feel what others feel, and thus intuitively know many of the yearnings, sensitivities, tastes and even thought patterns of the people they’re around.” Aletheia Luna

“It is because I think so much of warm and sensitive hearts, that I would spare them from being wounded.” Charles Dickens

“A leader must be a good listener. He must be willing to take counsel. He must show a genuine concern and love for those under his stewardship.” James Faust

“A small group of thoughtful people could change the world. Indeed, it’s the only thing that ever has.” Margaret Mead 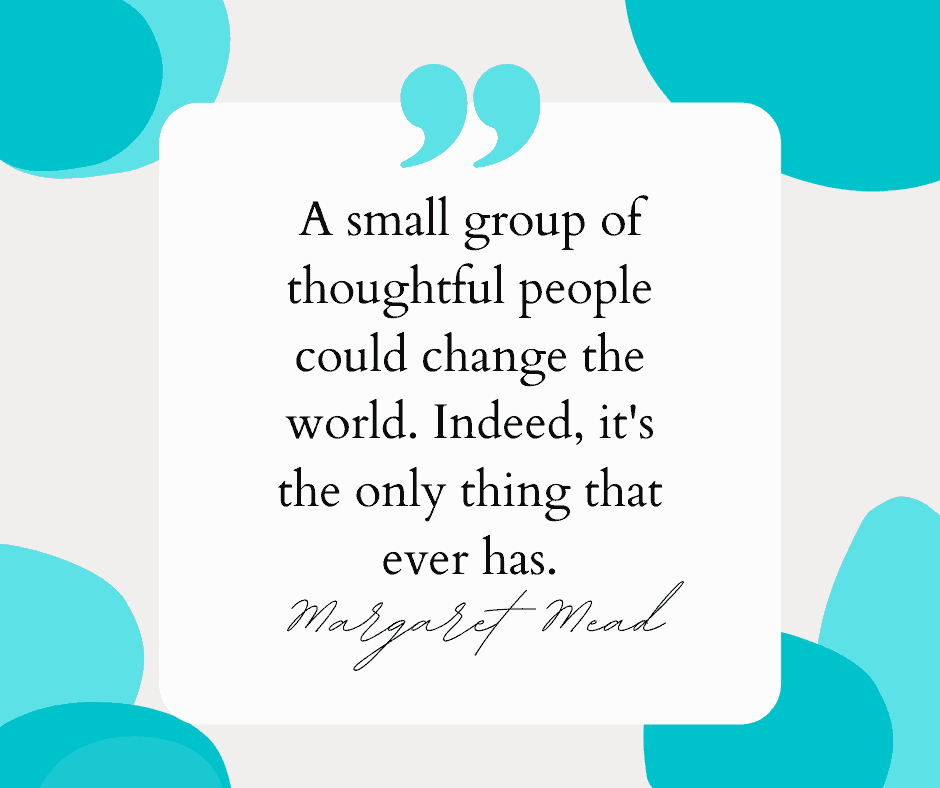 “I am an empath  – Watching certain types of movies can become unbearable. The energy of TV and radio can be maddening. I know your feelings better than you do. I know when you lie. I crave solitude. I need order or I can’t think straight. Complete strangers tell me their life story.” Sandra Cooze 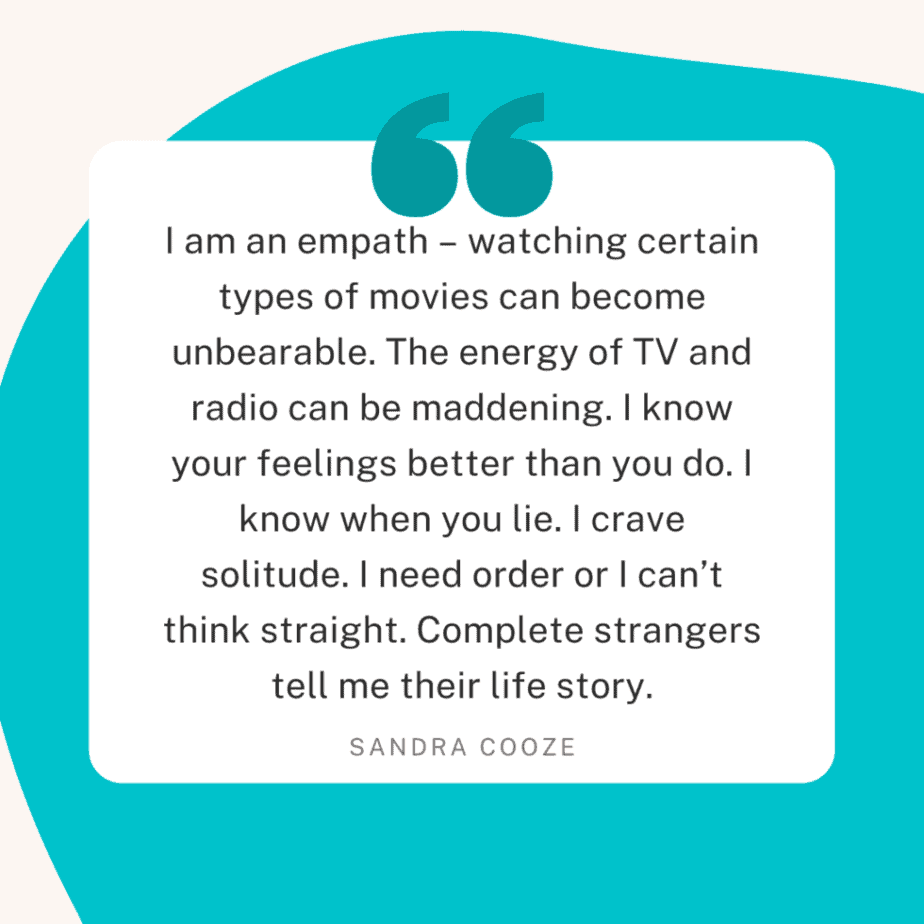 “For the most sensitive among us, the noise can be too much.” Jim Carrey

“Good listeners, like precious gems, are to be treasured.” Walter Anderson

“And so, even though she was loving by nature, as time passed, she craved solitude more and more, due to the tortures of her sensitive heart.” John Mark Green 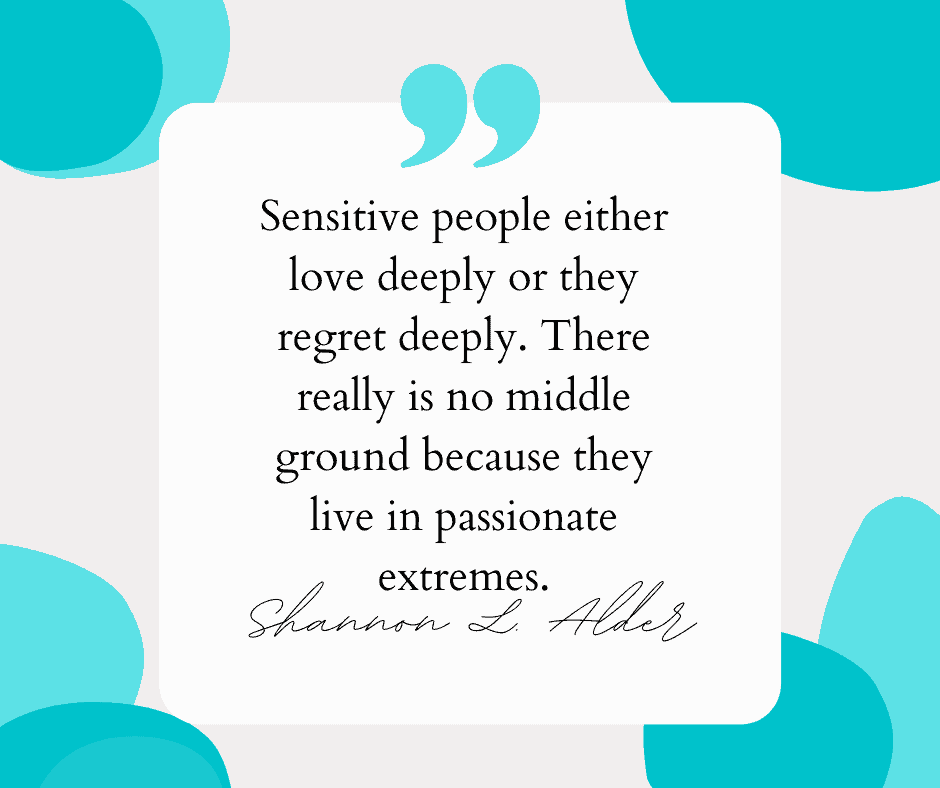 “Sensitive people either love deeply or they regret deeply. There really is no middle ground because they live in passionate extremes.” Shannon L. Alder

“Be a good listener. Your ears will never get you in trouble.” Frank Tyger

“The purest and most thoughtful minds are those which love colour the most.“ John Ruskin

Is it rare to be an empath?

It is not uncommon to be an empath, with approximately 15-20% of people being considered an empath. Possibly more, however it’s often mislabeled as shyness, anxiety or just being ‘too’ sensitive.

Empaths have amazing qualities such as kindness, thoughtfulness, caring natures and highly intuitive and spiritual. Empaths are not limited by their sensitivity and can develop a very healthy relationship with it, embracing all the great qualities of being an empath.

If you would like more inspiring quotes on life, check out the following: