A powerful collection of the very best Sun Tzu quotes that apply to life today.

Sun Tzu was a Chinese military general, strategist, and philosopher who lived in the 6th century BC. His work “The Art of War” is still studied by military commanders and business leaders today – for his simple, yet sound advice.

Sun Tzu believed that the key to victory in any conflict lies in understanding your enemy. He also believed that the best way to win is to defeat your enemy without even fighting them. Tzu’s work is still relevant today because it offers a unique perspective on how to approach and think about conflict. His ideas can be applied to both business and personal contexts.

Yet, we don’t have to be government or military strategists to benefit from Sun Tzu’s advice.

When it comes to life and personal matters, Sun Tzu’s ideas can help us gain a better understanding of ourselves and how we interact with others.

With self-awareness, we can better understand our own strengths and weaknesses, develop a better ‘strategy’ for dealing with conflict with others and ourselves. 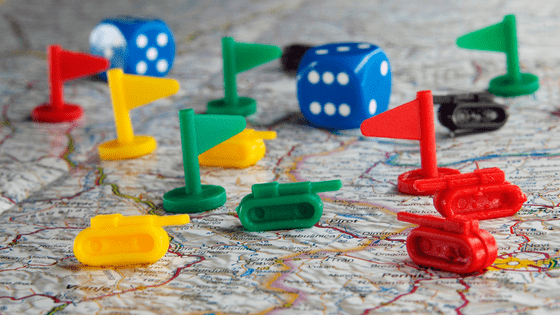 There are many Sun Tzu words of wisdom that are often quoted, however we’ve collated the very best collection of Sun Tzu quotes that also apply in the modern world today:

“The greatest victory is that which requires no battle.” Sun Tzu

“To know your enemy, you must become your enemy.” Sun Tzu

“There are five dangerous faults which may affect a general:

(1) Recklessness, which leads to destruction;

(2) cowardice, which leads to capture;

(3) a hasty temper, which can be provoked by insults;

(4) a delicacy of honor which is sensitive to shame;

(5) over-solicitude for his men, which exposes him to worry and trouble.” Sun Tzu

“Opportunities multiply as they are seized.” Sun Tzu

“Be where your enemy is not.” Sun Tzu

“Even the finest sword plunged into salt water will eventually rust.” Sun Tzu

“The supreme art of war is to subdue the enemy without fighting.” Sun Tzu

“Build your opponent a golden bridge to retreat across.” Sun Tzu

“When you surround an army, leave an outlet free. Do not press a desperate foe too hard.” Sun Tzu

“Treat your men as you would your own beloved sons. And they will follow you into the deepest valley.” Sun Tzu

“The whole secret lies in confusing the enemy, so that he cannot fathom our real intent.” Sun Tzu

“Unhappy is the fate of one who tries to win his battles and succeed in his attacks without cultivating the spirit of enterprise, for the result is waste of time and general stagnation.” Sun Tzu

“Great results, can be achieved with small forces.” Sun Tzu

“If your enemy is secure at all points, be prepared for him. If he is in superior strength, evade him. If your opponent is temperamental, seek to irritate him. Pretend to be weak, that he may grow arrogant. If he is taking his ease, give him no rest. If his forces are united, separate them. If sovereign and subject are in accord, put division between them. Attack him where he is unprepared, appear where you are not expected.” Sun Tzu

“Invincibility lies in the defence; the possibility of victory in the attack.” Sun Tzu

“When your army has crossed the border, you should burn your boats and bridges, in order to make it clear to everybody that you have no hankering after home.” Sun Tzu

“Know thy self, know thy enemy. A thousand battles, a thousand victories.” Sun Tzu

“Convince your enemy that he will gain very little by attacking you; this will diminish his enthusiasm.” Sun Tzu

“Attack him where he is unprepared, appear where you are not expected.” Sun Tzu

“Invincibility lies in the defence; the possibility of victory in the attack.” Sun Tzu

“He who is prudent and lies in wait for an enemy who is not, will be victorious.” Sun Tzu

“There is no instance of a nation benefitting from prolonged warfare.” Sun Tzu

“He will win who knows when to fight and when not to fight.” Sun Tzu

For more inspirational quotes, check out: